Uber has been given just two months to improve or face being shut down in London as it is ordered to meet new conditions to ‘ensure passenger safety.’

The app-based ride-hailing company is being kept on a short leash by Transport for London (TfL) after only being granted a two-month licence, believed to be shortest ever issued by the transport body.

As well as meeting ‘conditions to ensure passenger safety’ as part of its temporary licence, TfL has also requested that the firm provides ‘additional material’ ahead of any future licensing application. It could have granted Uber a new five-year licence.

The Silicon Valley company’s licence application was surprisingly rejected in September 2017, TfL described it as not a ‘fit and proper firm,’ citing issues with patient safety.

The move was backed by Mayor Sadiq Khan, but in June 2018, Uber was granted a 15-month licence by a judge after it appealed against a TfL decision not to renew its licence over safety concerns. This was due to expire on Wednesday.

The Silicon Valley firm’s licence application was surprisingly rejected in September 2017, TfL described it as not a ‘fit and proper firm,’ citing issues with patient safety

A TfL spokesman said: ‘Uber London Limited has been granted a two-month private hire operator licence to allow for scrutiny of additional information that we are requesting ahead of consideration of any potential further licensing application.’

TfL did not provide any detail about what further information Uber would need to provide.

Jamie Heywood, Uber’s regional general manager for northern and eastern Europe, said: ‘TfL’s recognition of our improved culture and governance reflects the progress we have made in London.

‘We will continue to work closely with TfL and provide any additional requested information.’

He said that over the past two years the firm has added a range of new safety features to its app.

‘We will keep listening, learning and improving to provide the best service while being a trusted partner to London,’ Mr Heywood added.

The GMB union said Uber has had ‘more chances than a game of Monopoly’ and claimed TfL had ‘simply kicked the can down the road’. 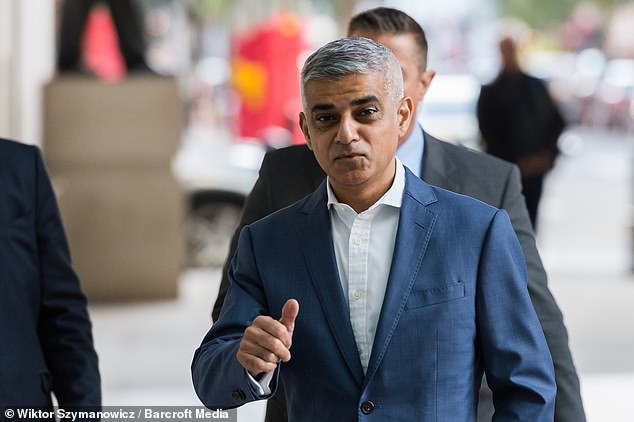 It added: ‘A two-month licence extension is no good for anyone. It leaves uncertainty for drivers and passengers, meanwhile Uber still operates an unsafe model on the streets of London.’

A spokesman for London mayor Sadiq Khan said: ‘The decision over Uber’s licence is a matter for TfL, whose chair is the mayor.

What is Uber’s next move?

The app-based ride-hailing company has managed to secure a new two-month licence, just a day before it was due to run out.

But time is running out for the Silicon Valley company to allay a number of concerns that prompted TfL to reject its licence in September 2017.

In granting the new short licence, TfL said it would require ‘additional information’ from the firm ahead of any future licensing application.

MailOnline asked TfL for additional information about what Uber had to provide.

TfL said it would not provide any additional information because it was a live investigation and it could prejudice any future licensing application.

Uber has until before November 24 to comply with new conditions to ensure passenger safety, along with providing the unknown additional information asked for by TfL for their new application.

‘Sadiq supports the decision of TfL to grant Uber London a two-month licence to give them time to consider additional information that they are requesting from Uber.

‘In June 2018, the decision of the court meant that Uber were granted a licence with a clear set of conditions that TfL have been thoroughly monitoring and enforcing.

‘Today, additional conditions have also been put in place by TfL to ensure the highest standards around passenger safety.

‘Regulations are in place to keep Londoners safe, and fully complying with these strict standards is essential if private hire operators want a licence to operate in London.

‘Sadiq has been crystal clear that in London it doesn’t matter how powerful and how big you are, you must play by the rules.’

Steve McNamara, general secretary of the Licensed Taxi Drivers’ Association, said: ‘Granting Uber a two-month temporary licence clearly shows that the firm have failed their probation and are still a huge threat to public safety.

‘Over the last 15 months, Uber was supposed to change its operations for the better but the firm has continued to shirk its responsibilities.

‘The granting of the shortest operator’s licence ever shows that the mayor doesn’t trust Uber, and neither should Londoners.

‘It’s time the mayor pulled the plug on Uber’s immoral operation for good.’