Minicab app Uber was sensationally stripped of its licence to work in London by the city’s transport authority today.

Transport for London (TfL) announced the firm – which has between 30,000 and 40,000 drivers – was barred from working in the city over ‘its approach to reporting criminal offences’.

The decision will divide the capital, with supporters of the app insisting it is cheaper than traditional cabs and provided employment for thousands.

But critics insist it is dangerous for passengers and an example of the growing ‘gig economy’ which fails to offer its workers proper rights.

TfL concluded that the minicab app is ‘not fit and proper’ to operate in the capital due to concerns which have ‘public safety and security implications’.   The firm’s current licence expires on September 30.

Uber’s private hire licence will NOT be renewed by TFL

Transport for London said: ‘TfL considers that Uber’s approach and conduct demonstrate a lack of corporate responsibility in relation to a number of issues which have potential public safety and security implications.’

Uber said in a statement that the decision would “show the world that, far from being open, London is closed to innovative companies”.

Mayor of Sadiq Khan said of the decision not to issue Uber with a licence: ‘All companies in London must play by the rules and adhere to the high standards we expect – particularly when it comes to the safety of customers.

‘Providing an innovative service must not be at the expense of customer safety and security.’

The firm has faced a barrage of criticism in recent years over the safety of customers, working rights for drivers and opposition from black cab drivers.

The number of private hire drivers in London has almost doubled to more than 116,000 from 65,000 in 2013/14, prompting TfL’s decision to introduce higher fees for the bigger operators. 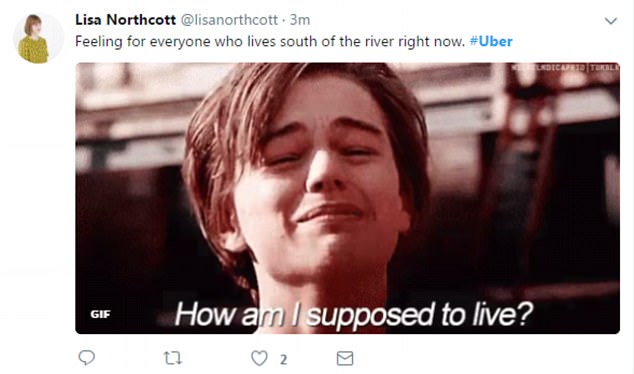 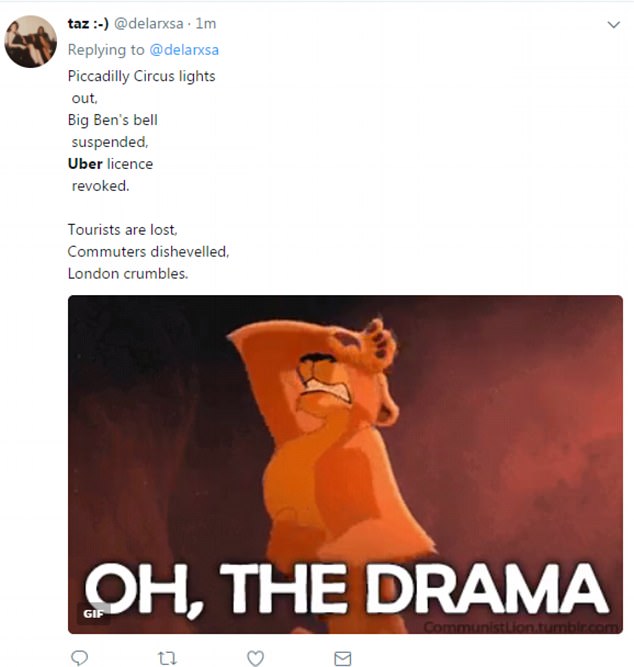 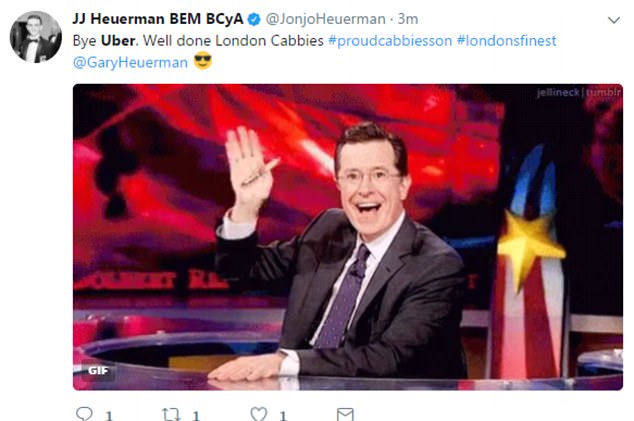 The decision got a mixed response from Londoners, with some welcoming the support for traditional black cabs, but others saying they will struggle to get around without the app

Uber has faced protests from drivers of London’s traditional black cabs and criticism over working conditions.

Several British lawmakers wrote a letter last week calling for Uber’s licence not to be renewed, accusing it of not being a ‘fit and proper operator’ and criticising its record on safety and working rights.

The GMB union handed in a petition with 100,000 signatures on Monday to TfL, calling on Uber to improve workers’ rights or ‘get out of London’ ahead of the licence decision.

An Uber spokesman said the company was taking steps to improve security for its drivers and that they are paid more than the minimum wage, enjoying the flexibility offered by the app. 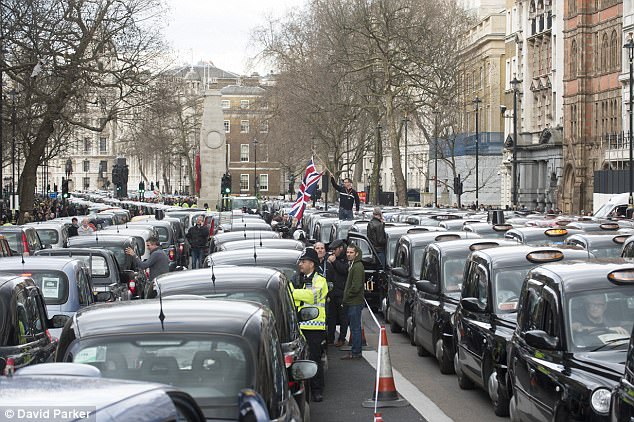