A Florida university has suspended one of its sororities after receiving an anonymous report that its members were forcing others to take drugs and drink alcohol until they blacked out.

The University of Central Florida was told about an anonymous post on a sorority-rating website called Greek Rank which described a friend’s experience of Pi Beta Phi, according to the Orlando Sentinel.

On November 21 the university demanded the sorority cease all of its activities while the allegations are investigated. A hearing is scheduled for December 5.

An anonymous online post described a friend’s initiation into a group within Pi Beta Phi known as the ‘mafia.’

The person, who wrote the anonymous complaint under the username ‘Help’, said their friend was forced to chug shots and black out during a secret initiation.

They added that their friend was also pressured to take the recreational drug ‘molly’ (ecstasy).

According to the Orlando Sentinel, the poster also wrote: ‘She wants to drop and report them but is too scared because they said if anyone snitches they’ll know who it was and they’ll find a way out of trouble because they’ve ”gotten out of any investigation before” and will deny everything. So she feels stuck.’ 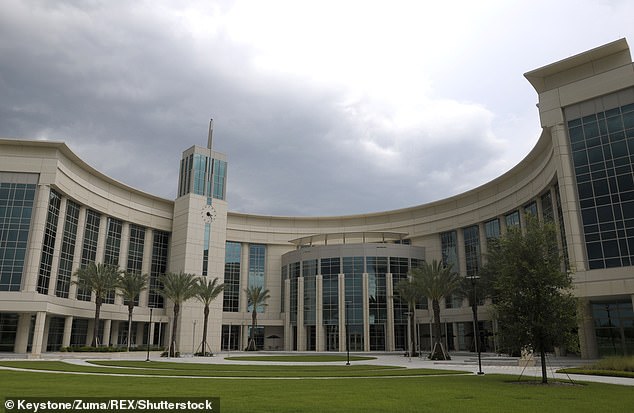 On November 21 the university (pictured) demanded the sorority cease all of its activities while the allegations are investigated. A hearing is scheduled for December 5 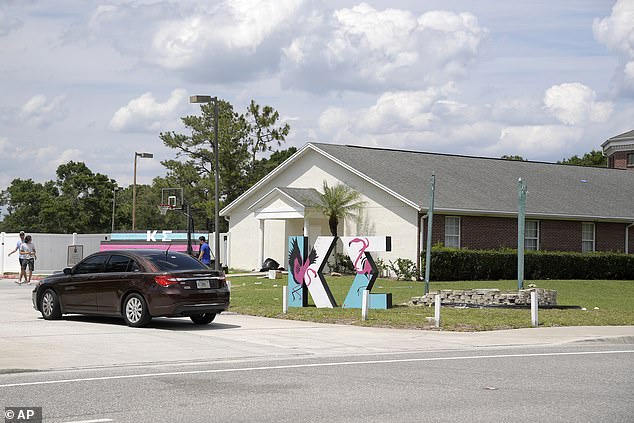 The sorority was suspended on the same day as UCF’s Sigma Kappa fraternity, which was also accused of hazing

Senior director of strategic initiatives, Shawn Eagleburger, told the Orlando Sentinel that the accusations are of ‘utmost concern’ to Pi Beta Phi.

He added: ‘At this time, we do not believe the full chapter was involved in wrongdoing; however we are looking closely at the actions of individual members to ensure any misconduct is addressed.’

The sorority was suspended on the same day as UCF’s Sigma Kappa fraternity, which was also accused of hazing.

Someone complained that members were forcing pledges to drink alcohol and smoke marijuana and that some were forced to stand in pitch-black hallways while being screamed at.