UEFA is set to launch a third European club competition from the start of the 2021/22 season, European Club Association president Andrea Agnelli has confirmed.

In his opening address at the ECA’s biannual general meeting in Split on Tuesday, Agnelli, who is also the Juventus chairman, said: ‘Pending approval of the UEFA executive committee, the green light has been given to introduce a third competition, bringing the overall number of clubs to 96, as of the 2021/22 season.’

This means the Europa League’s group stage will be reduced from 48 teams to 32, with the new competition and the Champions League all having the same number.

UEFA has made little secret of the fact that it has been looking at ways to raise the Europa League’s profile while also giving more clubs a shot at European competition, and therefore its growing financial benefits.

In recent weeks, UEFA has said it is ‘constantly reviewing’ its competitions and has been ‘discussing various ideas within its Club Competitions Committee before any decision on potential changes would be made’.

But with Agnelli and Arsenal boss Ivan Gazidis representing the ECA on UEFA’s 17-member ExCo, it would seem the decision to reintroduce a third UEFA competition for the first time since the demise of the Cup Winners’ Cup in 1999 is a done deal. 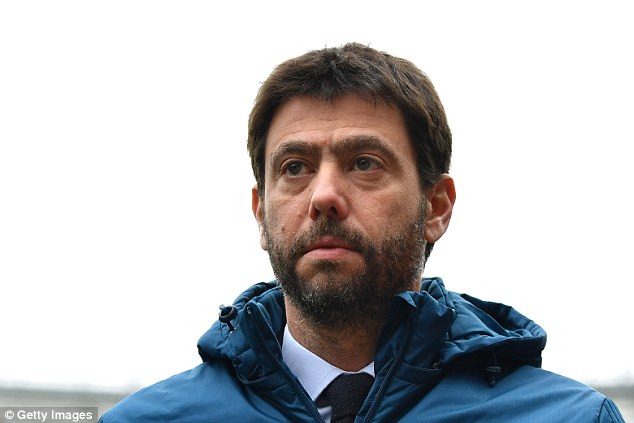 Andrea Agnelli said: ‘Pending approval of the UEFA executive committee, the green light has been given to introduce a third competition, bringing the overall number of clubs to 96’