UEFA opened investigations on Tuesday into allegations of racist abuse by Czech children and antisemitism by German fans at Europa League games.

Union Berlin already apologized for ‘shameful and intolerable’ abuse by its fans targeted at fans of Israeli club Maccabi Haifa on the same evening.

UEFA opened disciplinary cases against the two clubs but gave no timetable for its decisions.

Sparta was due to host Rangers in an empty stadium because of previous racist abuse by its fans of an opponent’s Black player. That was in August at a Champions League qualifying game.

UEFA instead allowed thousands of children up to the age of 14 to attend last week’s game in Prague.

Rangers believe Kamara was a target because of an incident in the Europa League last season when he was racially abused by a player from Sparta’s city rival Slavia Prague. That player, defender Ondrej Kudela, was banned by UEFA for 10 games and couldn’t play for the Czech Republic at the European Championship. 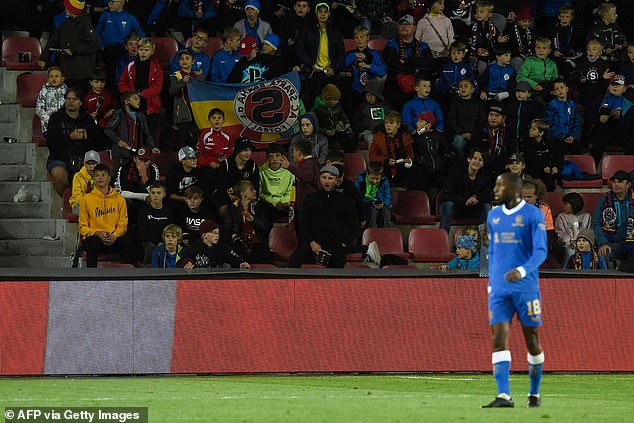 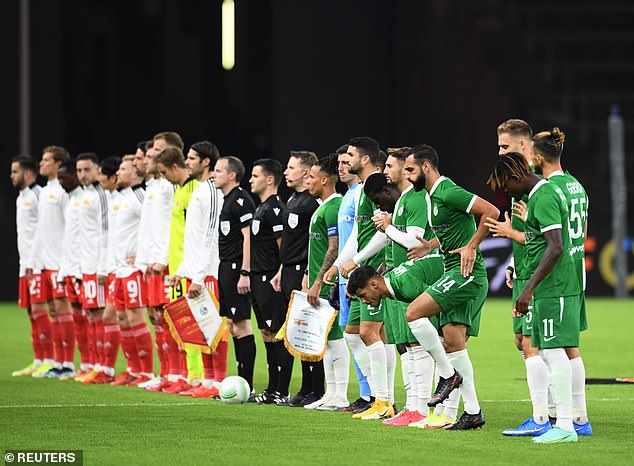 Sparta and Czech authorities have hit back at Scottish claims of racism which they said were an insult to the children.

The Czech foreign ministry summoned Britain’s ambassador to the Czech Republic on Monday as the incident escalated beyond sport.

Union Berlin fans were photographed making Nazi-style salutes which are illegal in Germany when Maccabi Haifa visited last week. It was the first Israeli soccer team to play at the stadium built for the 1936 Berlin Olympics that was a showcase for Nazi Germany.

Union president Dirk Zingler apologized the day after the game, acknowledging ‘unfortunately, antisemitism is still present in our society, which is why it is also evident in the stadium.’