UEFA has revealed Wembley has been chosen as the venue for the Champions League final in 2023.

The match will mark 10 years since Wembley last staged the final in 2013, when Bayern Munich defeated German rivals Borussia Dortmund 2-1. 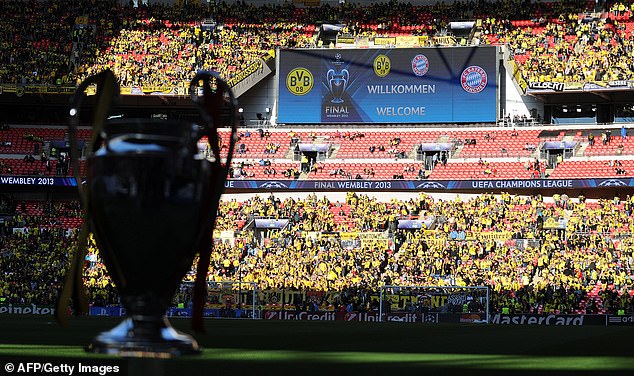 The famous stadium has been chosen to host next summer’s Euro 2020 semi-finals and final, with the tournament set to be played out at various venues across Europe.

UEFA have also confirmed that the 2021 Europa League final will be staged at Sevilla’s Ramon Sanchez Pizjuan stadium.

Sevilla’s ground is a fitting venue given the club’s rich history in the competition, with the club winning the tournament on five previous occasions.