‘I am a little bit sad, but I have just arrived in this game’: Ciryl Gane insists his future is still bright after suffering first loss at UFC 270 in title fight against Francis Ngannou, just THREE YEARS after pro debut

Ciryl Gane insisted the best is yet to come after suffering a first defeat at the hands of Francis Ngannou at UFC 270.

The French challenger must have thought he was on course to cap off his meteoric rise in the organisation with the title in Anaheim.

He was cruising after the first two rounds and Ngannou looked out of breath, fighting with a badly injured knee.

But the champion showed an incredible evolution and took rounds three, four and five by switching to a wrestling-heavy approach.

It appeared even heading into the fifth and it was Gane who seemed to have secured the crucial takedown before showing some naivety by going for a leg lock and having the position reversed.

It was a fatal error and no surprise when the scorecards were read out in Ngannou’s favour. 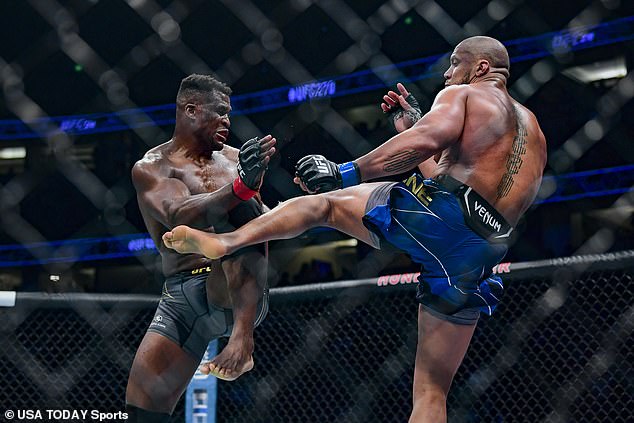 The Frenchman put on a good show, especially in the first couple of rounds of the fight 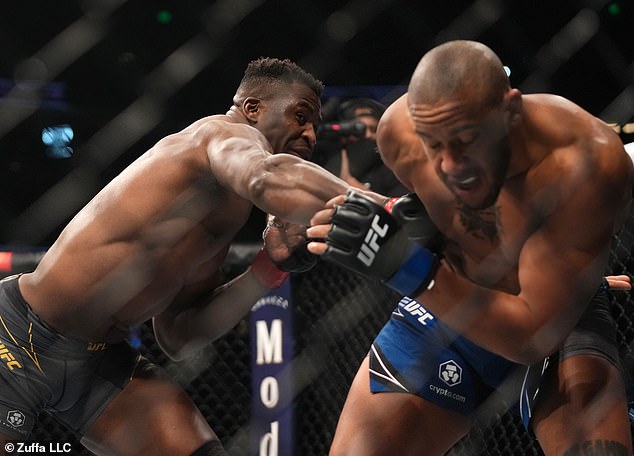 ‘Congratulations for Francis, he did very well, I’m disappointed, a little bit sad but it is a good experience.

‘It was really good experience and I think I’m just arriving in this game. The future is in front of me.’

Gane only started fighting professionally three years ago and has been a sensation since joining the UFC.

The softly spoken Parisian, who is 31, still has years left at the top and will no doubt find his way back to a title opportunity in the years to come. 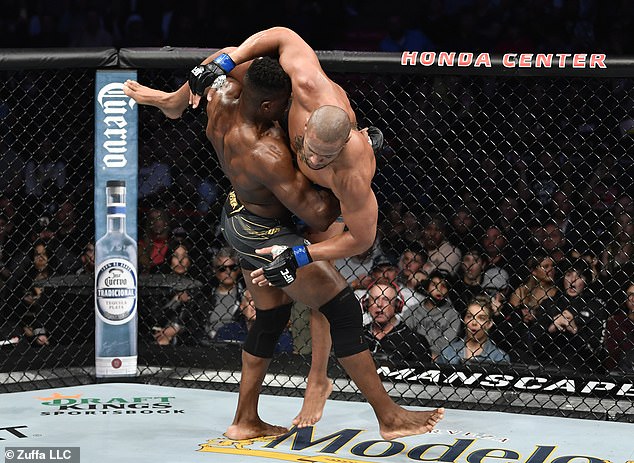