UFC: Conor McGregor back in the gym ALREADY in full cast despite breaking his leg just two weeks ago

Conor McGregor has posted several pictures of himself back in the gym already despite breaking his leg two weeks ago in his UFC defeat against Dustin Poirier.

‘The Notorious’ broke his tibia at the end of the first round in his Las Vegas bout against Poirier on July 11.

But McGregor posted a gallery of him working out with a full leg cast to his 41.5million Instagram followers, with one-and-a-half million likes already. 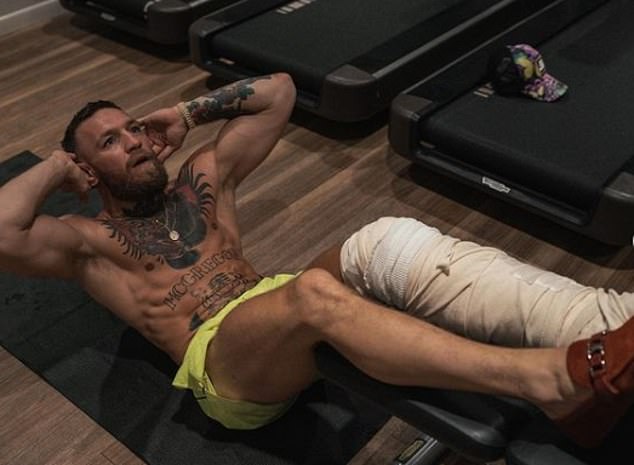 Despite being in crutches for around another four weeks after successfully coming through surgery, the images show him performing chin-ups, sit-ups and weight training, while in one he grimaces at the intensity of his workout.

Interviewed after the fight, the Irishman said: ‘Dustin, you can celebrate that illegitimate win all you want but you’ve done nothing in there.

‘That second round would’ve shown all. Onwards and upwards we go. We dust ourselves off, we build ourselves back, and we come back better than ever.’ 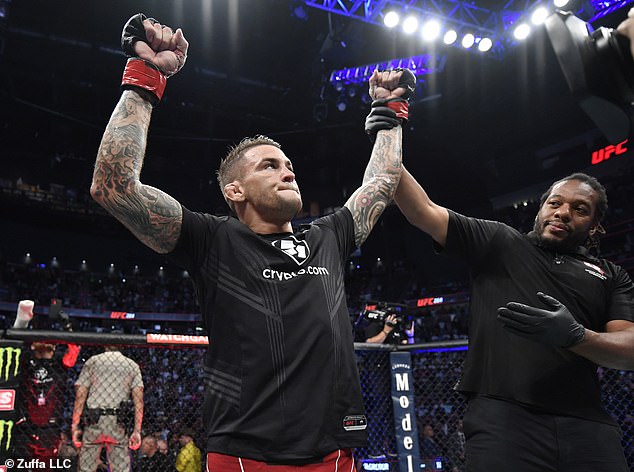 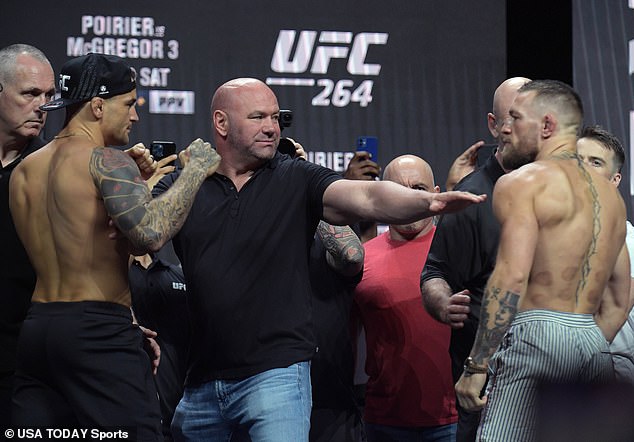 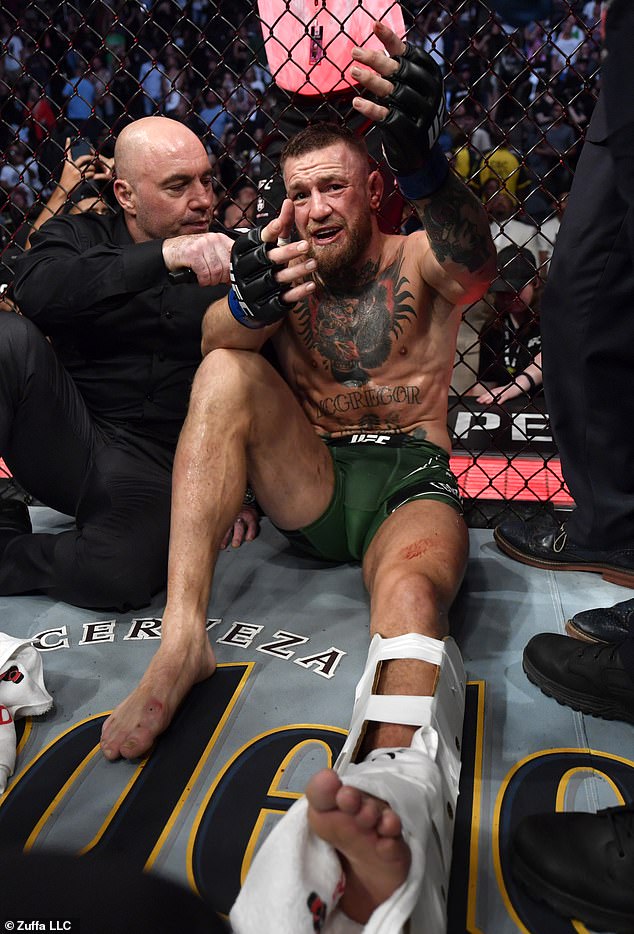 And that comeback may be sooner than anticipated, given McGregor’s apparent powers of recovery, with UFC chief Dana White hinting a fourth fight could be in the offing after ‘The Diamond’ made it 2-1 from their three clashes.

He added: ‘It sucks, it’s brutal. It’s not the way you want to see fights end. Dustin Poirier will fight for the title. And when Conor is healed and ready to go, you do the rematch I guess. I don’t know.

‘The fight didn’t get finished. You can’t have a fight finish that way. So we’ll see how this whole things plays out. Who knows how long Conor is out? Poirier will do his thing until Conor is ready.’