On Monday, the American was driving to training with his coach Shug Dorsey when he saw a man sprinting down the street yelling that the individual in front had stolen his car.

Holland raced into action and his coach shared a video of the moments after his fighter had caught up to the alleged thief when police arrived to take him away. 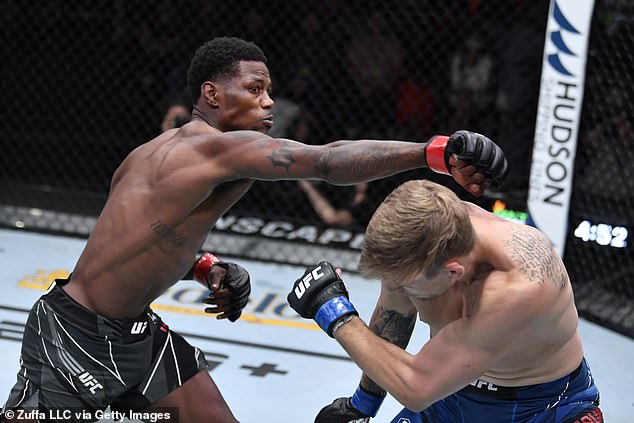 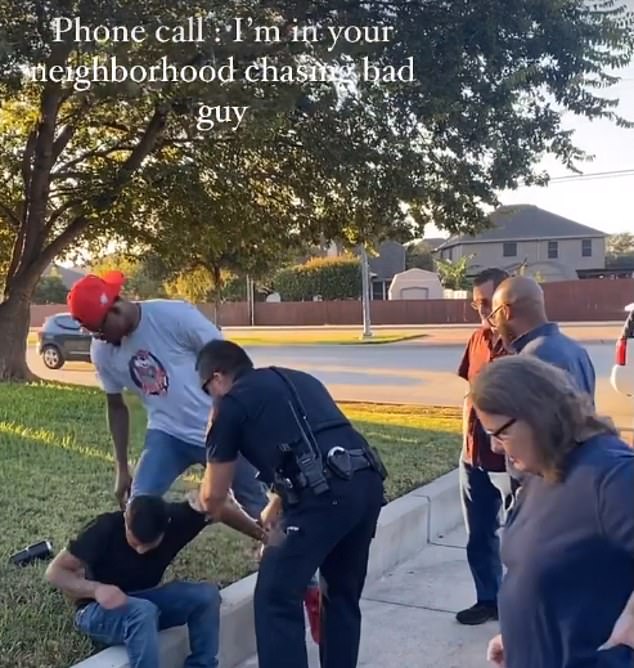 The footage showed the victim’s car had been crashed and damaged and Holland explained the remarkable sequence of events.

‘We caught up to him, we were driving through the neighborhoods,’ he said on the MMA Hour. I was driving down the street, some guy comes zooming out the parking lot, some guys running behind him, he’s like, ‘Yo, he stole my car.’

‘So I was like, ‘I’ve been in quarantine for a week. I didn’t get to finish my fight, so let’s go have a little fun.’ I bust a U-turn and start going after the guy, he turns close to the same street that my coach is on, so I’m driving down the street, I’m on the phone with my mom, my mom’s like, ‘It’s probably a repo.’ I’m like, ‘Mom, if you see this car, you can tell. It’s not a repo.’ I’m like, ‘I’m gonna hang up and call the cops.’

‘Instead of calling the cops, I call my coach, I’m like, ‘Hey, this guy’s driving through your neighborhood and he just stole a car. We should cut him off and we can catch him.’ And he’s like, ‘Alright, bet.’

Holland then joined forces with the man who owned the car that had been taken, who was now in hot pursuit in a truck. 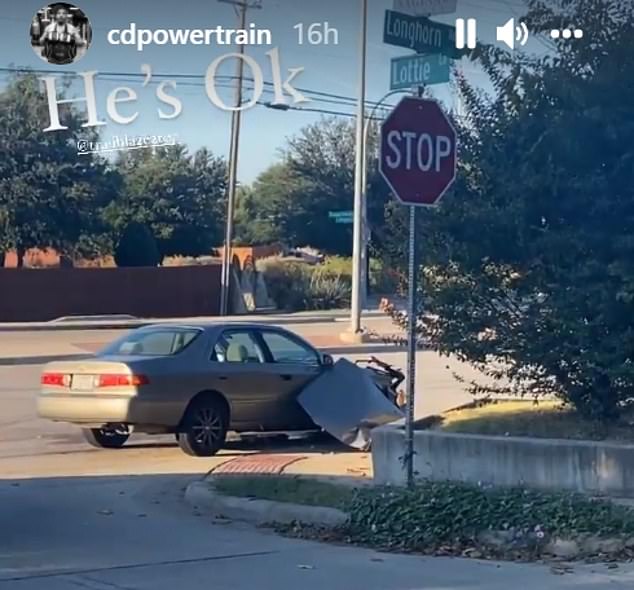 He went on: ‘The [suspect] hits the street, boom, hits a little trailer that’s getting pulled with some lawn equipment and stuff on the back of it, so that totals the car. Once he totals the car, the guy gets out.

‘The guy pulls up in front in the truck to kind of block him off. I pull up behind so the guy runs out. He starts going behind instead of going forward. He was going forward at first and then he turns around.

‘I hit him with a little sweep. Get on top, knee on belly, hit him with the little Khabib scarf hold. He was like, ‘I can’t breathe,’ so that’s when I picked him up, put him on the curb. I didn’t want to be like the cop with the Can’t Breathe guy, so I was like f*ck it let’s just put him over here.’

Holland went on to say he prevented the angry car owner from exacting some physical punishment of his own. 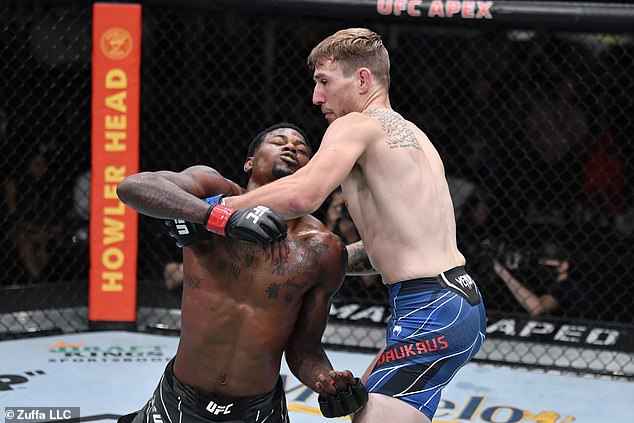 ‘So I kind of like hit him in the stomach and was like, ‘Chill, chill, chill. Don’t hit this fool while I got him down. I’m gonna f**k you up if you hit him,’ and he was like, ‘Alright, cool.’

‘It was smooth, it wasn’t that bad. I think it was a cool morning overall. I still got to do what I had to do, it kind of slowed me down. I was trying to avoid traffic going that way, so I really didn’t avoid traffic, just ended up being the same amount of time. Just had a little fun in the process. It was nice.’

The heroics of Holland were all the more incredible given he was temporarily knocked out by a sickening clash of heads before Kyle Daukaus submitted him in controversial scenes in Las Vegas at the weekend. The fight was then correctly ruled a no contest. 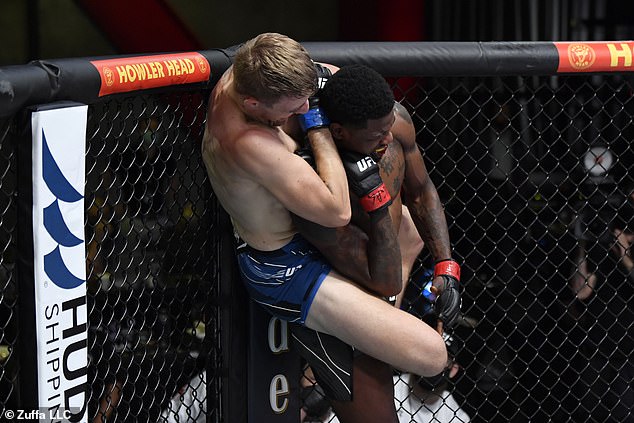 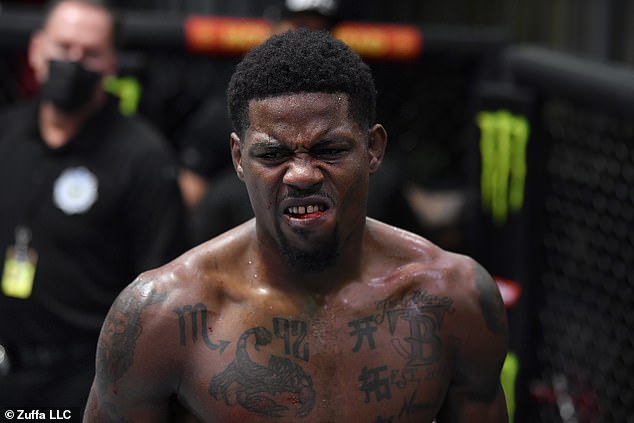 Afterwards he reflected to MMAJunkie: ‘I don’t remember anything. I felt myself hit the ground and all the sudden I felt him on my back. So whatever happened in between that, that’s just goodwill and God-given.’

Holland burst into public consciousness with five wins last year and captured the imagination with his entertaining persona, even joking and speaking to commentators while in the middle of a fight.

He has since suffered two defeats and the no contest but is clearly not the man a thief would want hot on his tail.