An ex-UFC fighter once tipped to take the heavyweight title has shared the unique way he eats one of Australia’s favourite delicacies – the meat pie.

Mark Hunt, originally from New Zealand but who now resides in Sydney, Australia, posted the picture of his pie-hamburger hack to Instagram this week.

The carb-loaded sandwich features a meat pie tucked between two halves of a white bread roll and is washed down with another corner store staple, the chocolate milk. 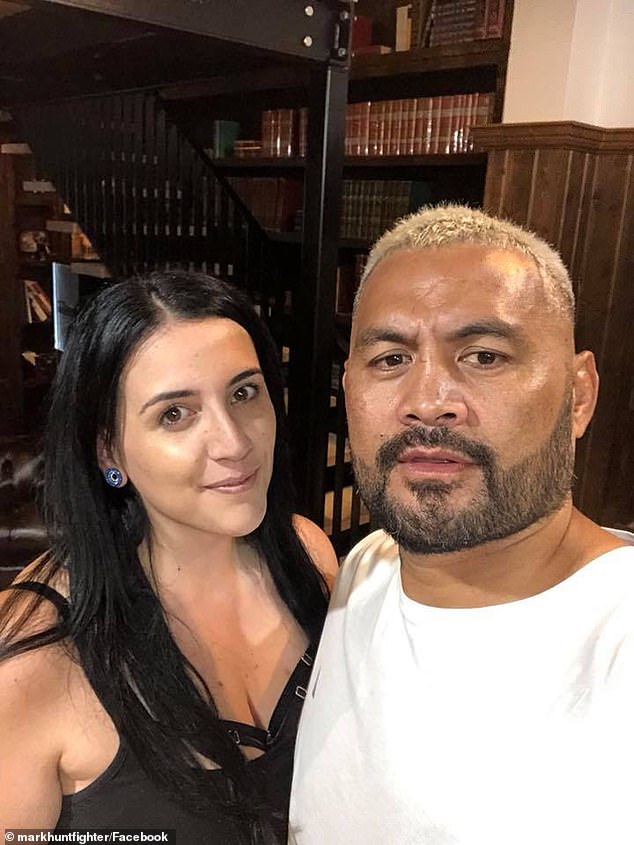 The meal sparked a string of responses on from followers with some saying there was too much sugar but many others were impressed with the fresh take.

‘Outstanding breakfast my man,’ one person responded to the 47-year-old.

‘Hope you got some sauce on that pie bro,’ another said.

‘Used to work as a baker and we’d get guys buying a sausage roll in a hot dog roll regularly – the tradie special we called it,’ added a third.

The ‘Super Samoan’ is a great of UFC and won the K-1 World Grand Prix kickboxing title in 2001.

Last year, Hunt, who retired from UFC in 2018, stepped back in into the ring for a match against former NRL star Paul Gallen.

Gallen won the six-round fight by unanimous decision despite the Cronulla Sharks and Blues legend looking unsteady on his feet at several points as they slugged it out. 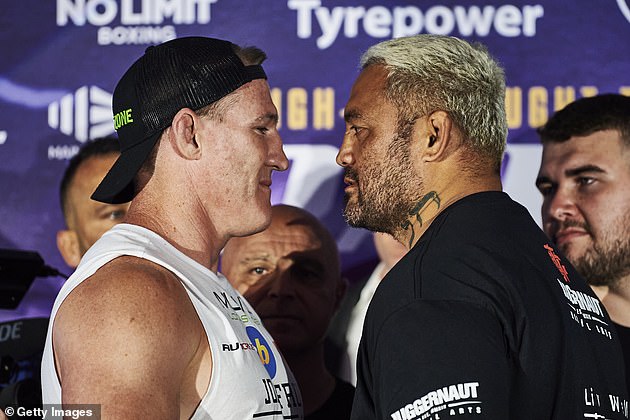 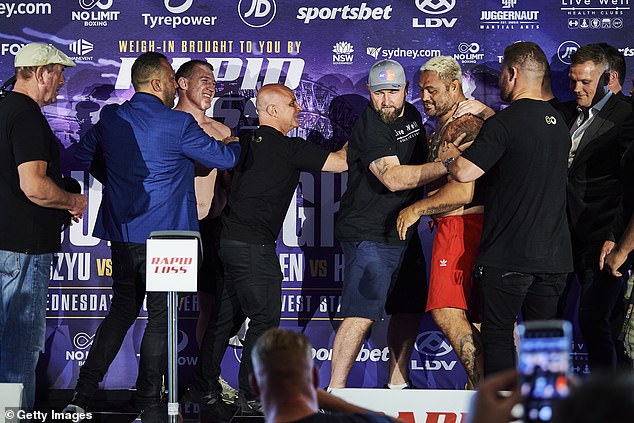 The Super Samoan, 46, shoved the Cronulla Sharks veteran, 39, as he was getting off the scale

Hunt is currently fighting a battle outside the ring, taking on the UFC promotion over a bout he had against WWE legend Brock Lesnar in 2016.

Although he lost the official decision it was later overturned to a No Contest after the American tested positive for a banned substance.

Hunt claims the organisation had prior knowledge Lesnar was taking performance enhancing drugs and is seeking compensation.

A US court dismissed Hunt’s suit in 2019 but the fighter refused to give up and is appealing the decision in the Ninth Circuit district court.

The case is still before the courts. 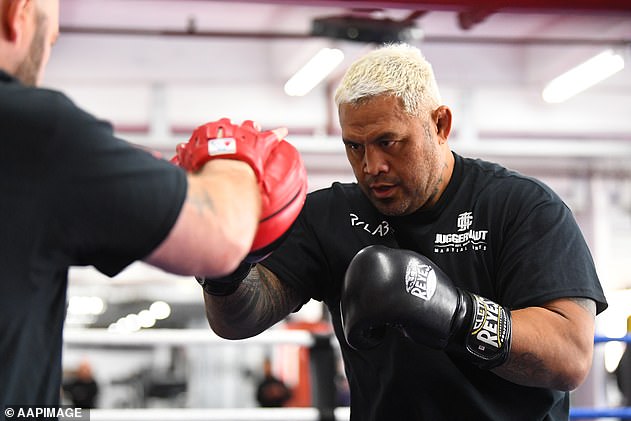