Uganda: At least 10 die in boat accident on Lake Victoria

A Ugandan prince has been rescued from a boat accident which left at least 10 people dead.

Prince David Wasajja, a brother of Buganda King Kabaka Ronald Mutebi, was on the boat, along with singer Iryn Namubiru and rapper The Mith, according to reports.

A police spokesman said marine units had pulled 40 survivors out of Lake Victoria on Saturday, where it was reported 120 people were on board the crashed vessel.

Prince David Wasajja, a brother of Buganda King Kabaka Ronald Mutebi, was on the boat, along with singer Iryn Namubiru and rapper The Mith

Rescue efforts were to continue overnight as it is feared others may be trapped under the completely submerged boat.

The vessel was heading to Motola Beach having left Portbell, Uganda.

A person cliaming to be Iryn’s manager said she was among those who were safe, local media claism.

Video footage said to be of revellers on the boat before it capsized showed them dancing and drinking while posing for the camera.

Lake Victoria is the largest lake in Africa and the third largest, by area, in the world after Lake Superior and the Caspian Sea. It is approximately 26,590sq miles.

Boat accidents are increasingly common on East Africa’s major lakes including Lake Victoria, which is surrounded by Tanzania, Kenya and Uganda.

In 2012, at least 145 people died in a ferry disaster in the semi-autonomous archipelago of Zanzibar in the Indian Ocean, on a vessel that was overcrowded

Over 200 people were killed in a Tanzanian ferry disaster in September, with officials saying it had been dangerously overcrowded. 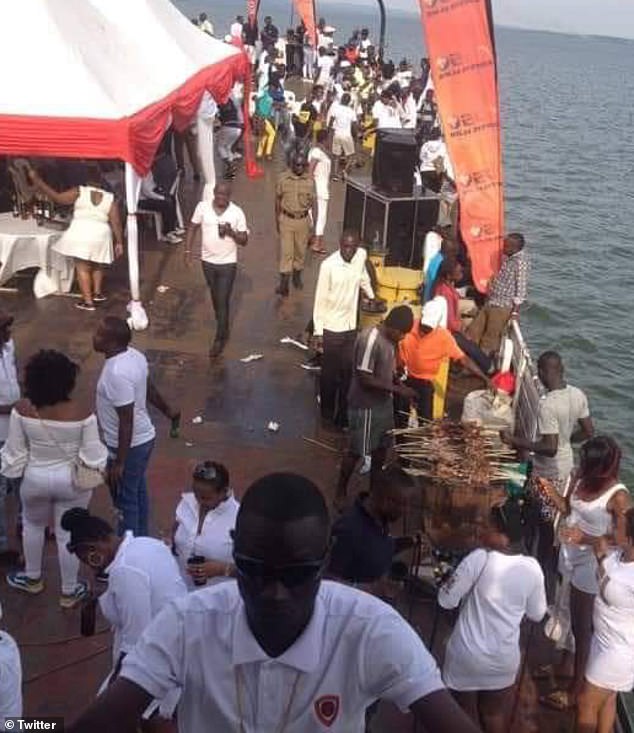