Uganda denies there is an outbreak of ‘eye-bleeding fever’

Ugandan health chiefs have denied there is an outbreak of ‘eye-bleeding fever’ – even though tests have confirmed the virus is in the country.

Officials in the African nation have been accused of ‘concealing’ cases of Crimean-Congo Hemorrhagic Fever, which is fatal 40 per cent of the time.

But the nation’s health minister addressed the widespread fears in a rant on Twitter this morning, blaming the Ugandan Medical Association for sparking fears.

Sarah Opendi’s claim comes after she yesterday confirmed tests came back positive for CCHF in a nine-year-old boy in hospital – which the union branded an emergency.

She wrote on social media today: ‘There is no Crimean Congo Hemorrhagic Fever in Uganda as earlier reported by @TheUMAofficial.

‘The Ministry of Health always informs the public when there is an outbreak in the country. It is not true, as alleged, that the Ministry is concealing an outbreak.’

Anyone who displays symptoms, including fever, headache, bleeding and muscle pains, should immediately visit their local hospital, Ms Opendi added.

Doctors have been told to don protective gear when handling any patients, amid concerns CCHF could spread rapidly across Uganda.

Up to 60 people were feared to be infected and were asked to undergo tests to confirm whether or not they had been struck down, it has been reported.

The Ugandan Medical Association has today asked the Government to come out clearly on the status of the deadly disease, according to local reports.

Its president Dr Ekwaro Obuku said: ‘There was a confirmed case on December 26, 2017 and we have learnt that this case was discharged. 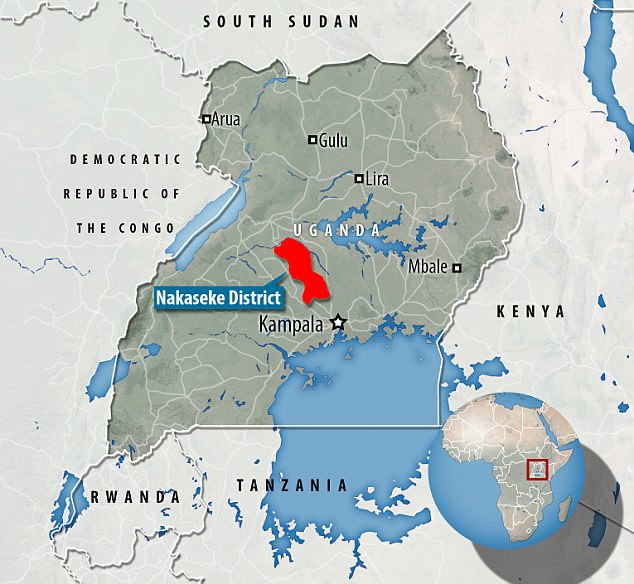 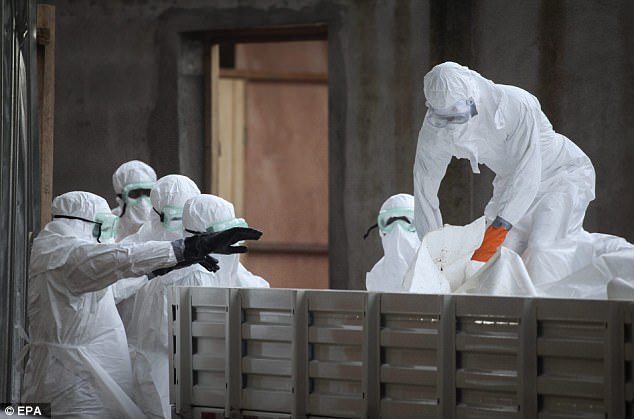 The feared outbreak comes only months after hundreds of people were killed by the plague in Madagascar in what was described as the worst bout for 50 years.

Nearly 200 people died from the medieval disease, which was considered to be at crisis point before it died down towards the end of November.

CCHF outbreaks have a case fatality rate of up to 40 per cent, according to statistics.

The virus is primarily transmitted to people from ticks and livestock animals.

Human-to-human transmission can occur resulting from close contact with the blood, secretions, organs or other bodily fluids of infected persons.

CCHF is endemic in Africa, the Balkans, the Middle East and Asia, in countries south of the 50th parallel north.

There is no vaccine available for either people or animals.

CCHF was blamed for killing three people in neighbouring South Sudan, but health chiefs have also denied they are suffering from an outbreak.

World Health Organization chiefs issued a report last week which revealed all tests taken on the three deaths had came back negative for the virus.

Fresh fears were raised on Sunday when a nine-year-old girl died in central Uganda of what also was originally suspected to be CCHF.

Emergency workers reportedly rushed to disinfect the girl’s house and put her in a body bag after she died in the Nakaseke District.

Blood tests taken at the Uganda Virus Research Institute came back as negative for the bug, transmitted by ticks. Officials are yet to determine her cause of death.

Humans can also spread the disease, which can cause large areas of bruising and uncontrolled bleeding, between each other through bodily fluids.

However, a nine-year-old boy under isolation in Kiwoko Hospital, Nakaseke, tested positive for the fever, it has since emerged.

Tests on both the dead girl and boy in hospital came back negative for Marburg, after the virus was found in Uganda in November.

World Health Organization officials confirmed it contained the outbreak of the bug – considered one of the deadliest in existence – in a matter of weeks.