Uganda’s president says he loves President Donald Trump and that he should be praised for not mincing words.

‘I don’t know whether he was misquoted or whatever. But he talks to Africans frankly,’ Museveni said. ‘In the world, you cannot survive if you are weak.’ 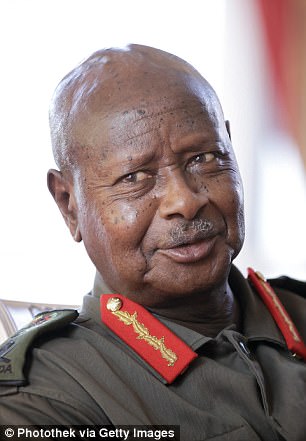 Trump reportedly used the language at a private White House meeting on January 12, which led to condemnation in the US and around the world.

He has denied using that term, but admitted to using ‘tough’ language at the meeting, and rebutted accusations of racism.

His comments were in stark contrast to the outrage expressed by other African leaders.

Namibia said the president’s language had ‘no place in diplomatic discourse’ and was ‘contrary to the norms of civility and human progress’. 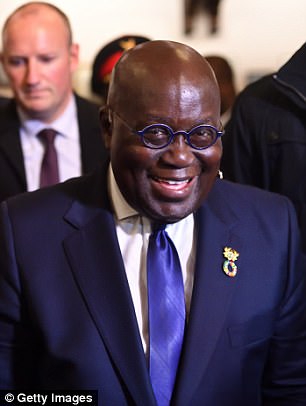 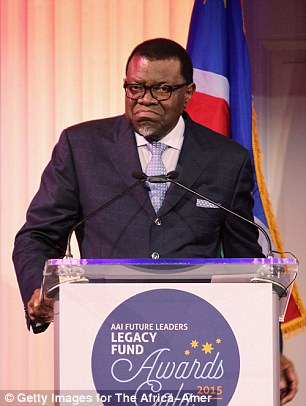 Museveni, 73, has been in power in Uganda since 1986 and could potentially seek a sixth term in office in 2021 if a bill to remove presidential age limits is passed.

No stranger to controversy, on Monday he described Uganda as a ‘pre-industrial society’ and said he regretted removing the death sentence, saying the move had been ‘a recipe for chaos’.