Just because you’re old enough to drive does not mean you are responsible enough to own a car.

Images found on Reddit, Imgur, and social media reveal that there are an alarming number of automobile owners who do truly terrible things to their vehicles, ordering custom car wraps and paint jobs that range from the questionable to the absolutely hideous.

A surprising number have introduced anime characters to their sedans, while others have painted images of Jesus, superheros, Nickleback — and in one case, the driver herself.

Some opt for patterns, like leopard, camo, and Louis Vuitton’s signature logo print, and still more seem to think it’s funny to cover their cars in fake blood stains that look like they came from a horrible accident.

Here, FEMAIL has rounded up the best of the best — or really, the worst of the worst — when it comes to customized cars.

Wild child! See if you can spot the coolest person in the parking lot. Hint: Leopard print really jazzes up a car 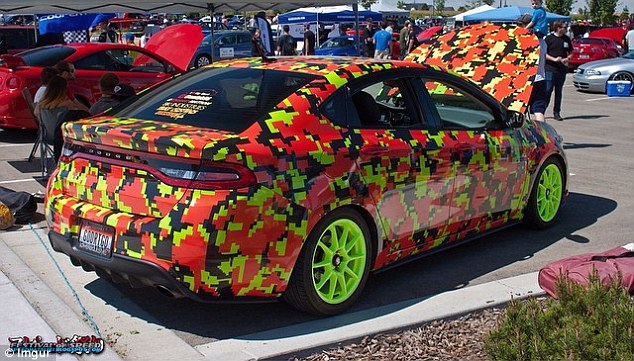 Blends right in! This neon digital camo print is a surefire way to send a date running when you pull into the parking lot 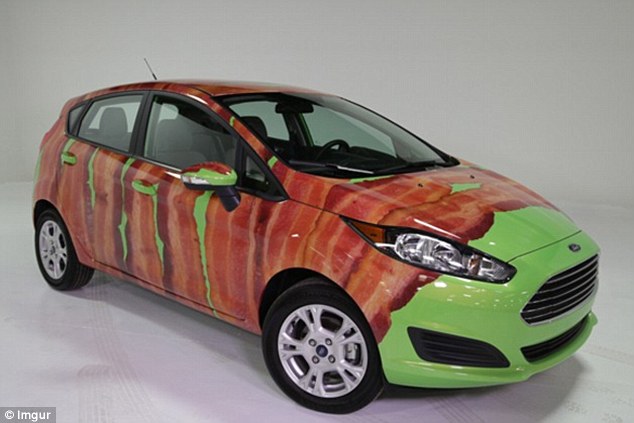 Check that sizzle! We only hope this car smells like bacon, too

Just… wow: Seriously though, this guy is so, so cool. How did he get so cool? We wish we could be this cool

Holy moly, that’s bad taste! So he turns water into wine and one fish into lots of fishes… and now Jesus also apparently turns perfectly good cars into horror shows 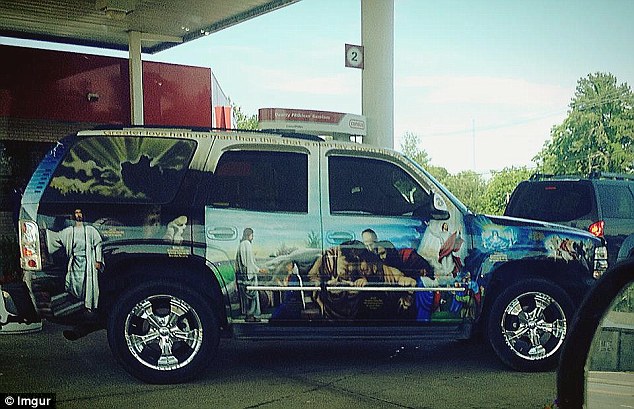 A motor miracle! Say what you want, but Jesus is definitely protecting this vehicle from being stolen 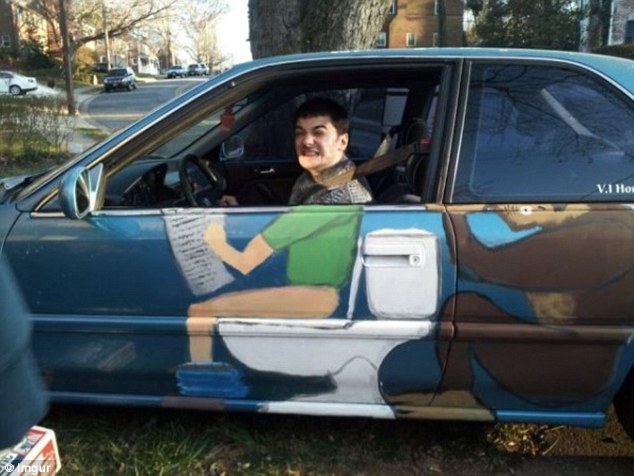 Dump truck: It’s hard to get past the multitasking nature of the artwork by the driver’s seat — but a longer look reveals an ape in the back 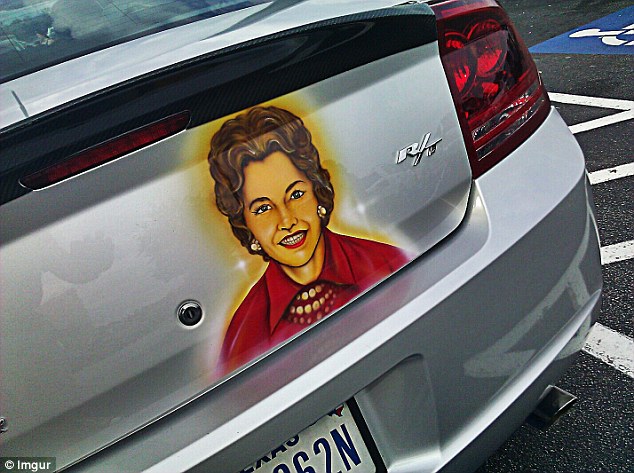 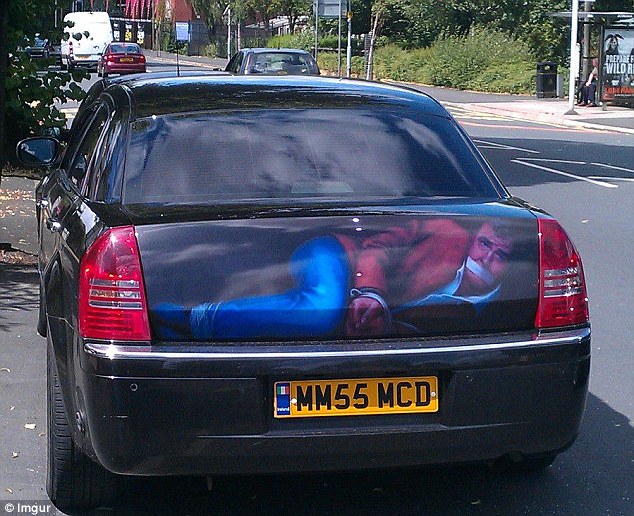 It’s a prank, dudes! This person clearly thinks it’s hilarious to make kind-hearted people driving behind him go into a panic 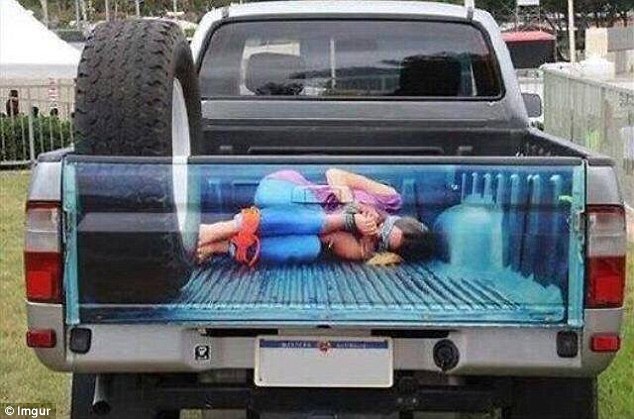 Another one: In fact, there are several guys going around with fake kidnap victims painted on their cars 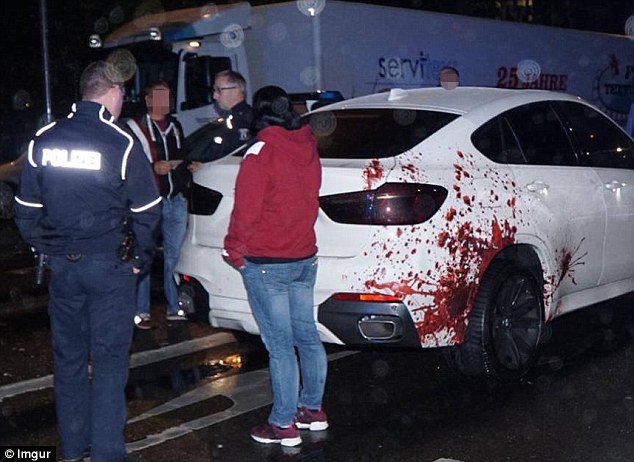 Had it coming! This guy was pulled over by police when they spotted the blood splatter sticker on his car — and it likely wasn’t the first time 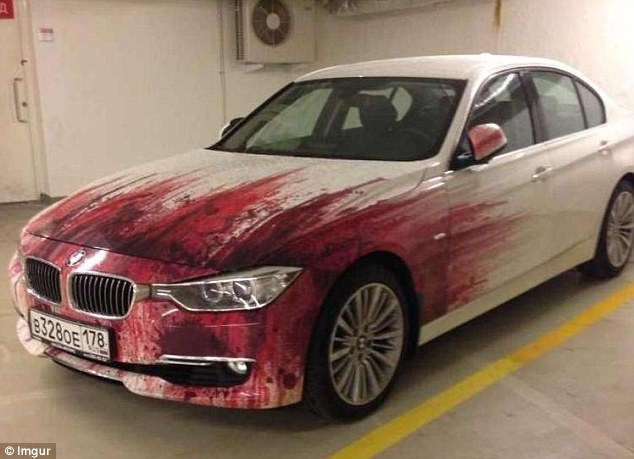 Would you believe it? He’s not the only driver to go for the ‘I just ran someone over’ look 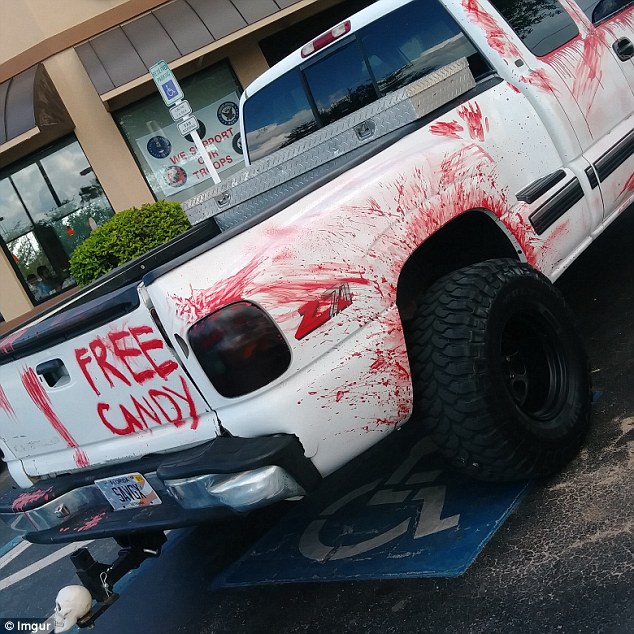 Wait a minute… To be fair, this van make have received a temporary paint job as a Halloween joke

Louis Vuitton makes cars? Nope! But that didn’t stop this woman from acting like she at a one-of-a kind auto 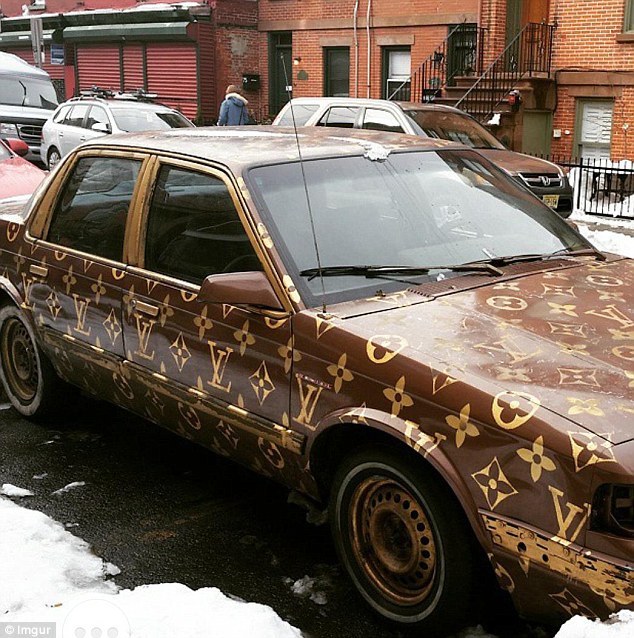 Oh, honey… The drivers of these LV-branded cars appear to be under the impression that the logo design makes them look classy 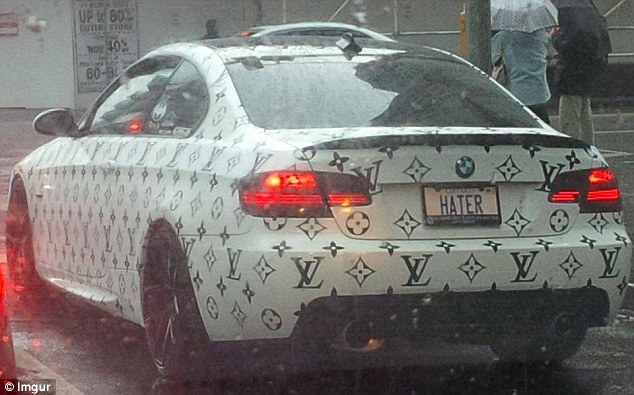 Just stop: Not only did this driver do this to a BMW, but he or she feels smug about it, too — check out the ‘HATER’ license plate 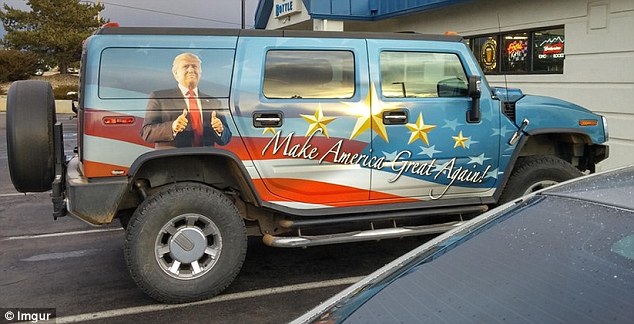 Make cars solid-colored again! No matter your politics, most people would agree that a political car wrap covering an entire vehicle is bad taste 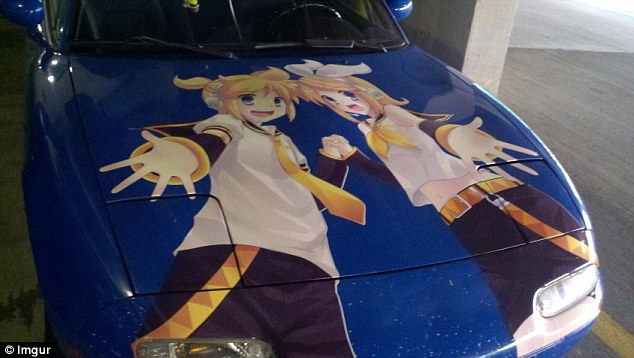 An adult drives this: A surprising number of people have anime designs on their cars 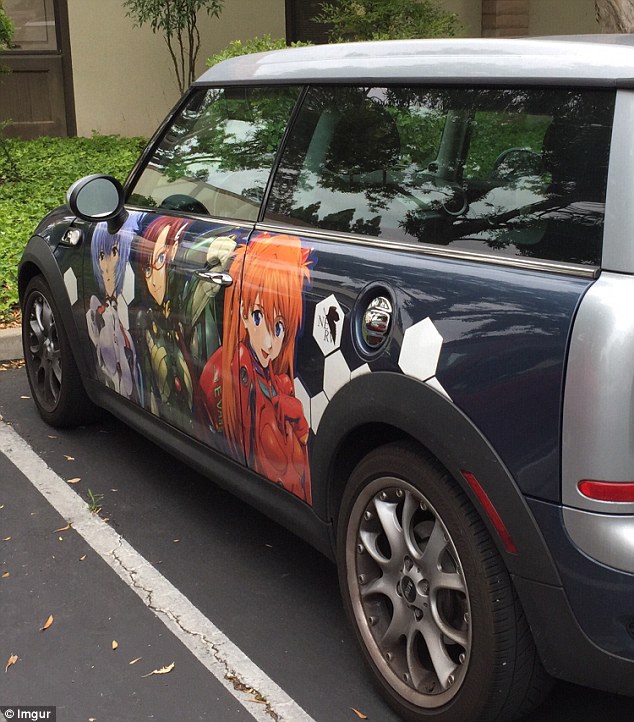 Beep beep: It’s unlikely the driver of this car is getting any backseat action

Hope he didn’t spend too much! Car wraps can be purchased relatively cheap online 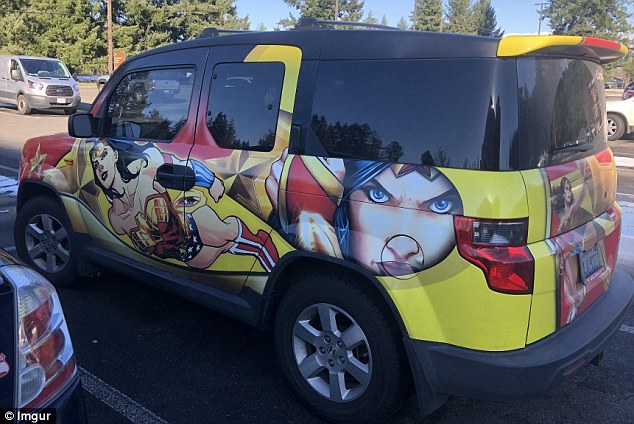 Waiting for Gadot: The driver of this car might lose his mind if he pulled up at a light next to the star of Wonder Woman 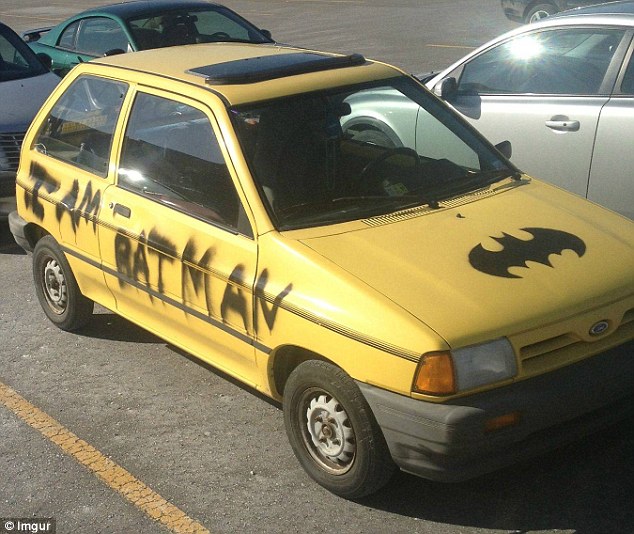 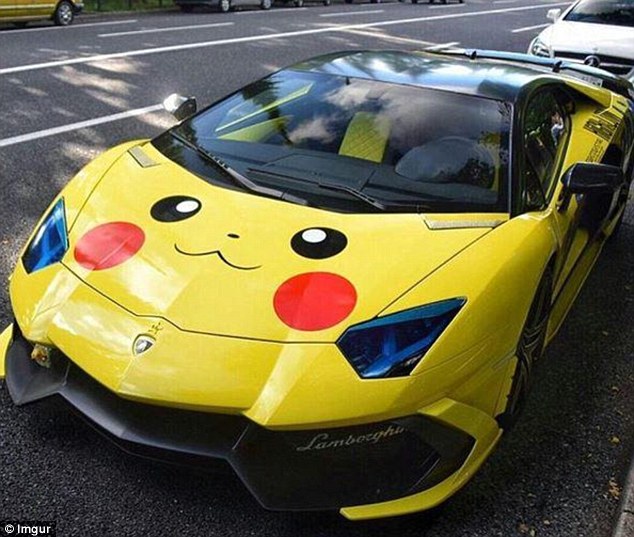 Pokémon, GO! This Lamborghini — yes someone did this to a car that costs hundreds of thousands of dollars — is in prime Pokémon-hunting condition 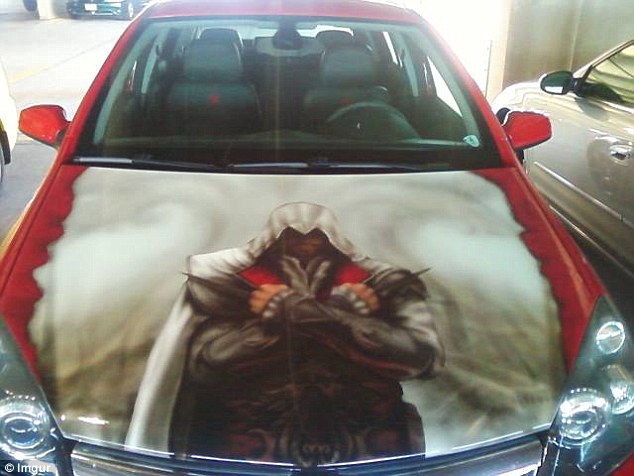 Got this done at the Jersey Shore? A lot of the car designs have that spray paint-style design often found on T-shirts sold at the beach 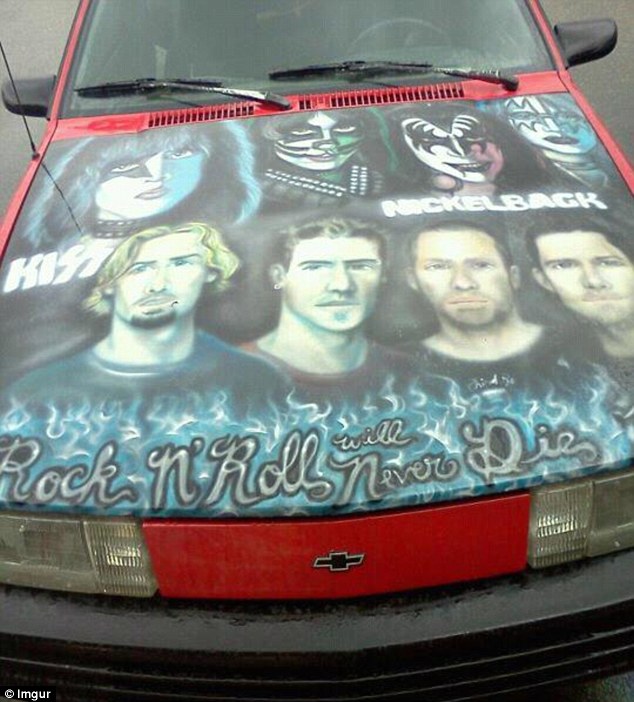 Look at this photograph… every time we do it makes us laugh! Some misguided music fan paid homage to KISS and Nickelback on the front of his car 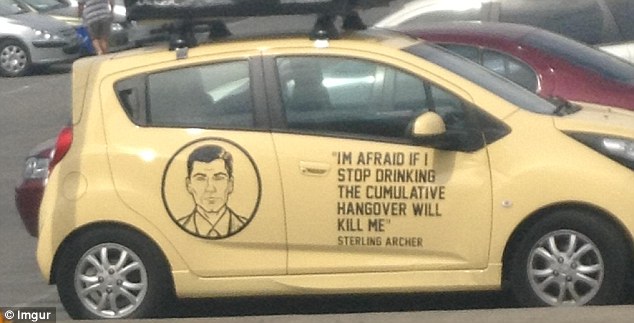 Smart: This Archer fan picked just about the best quote to get him randomly pulled over by cops all the time 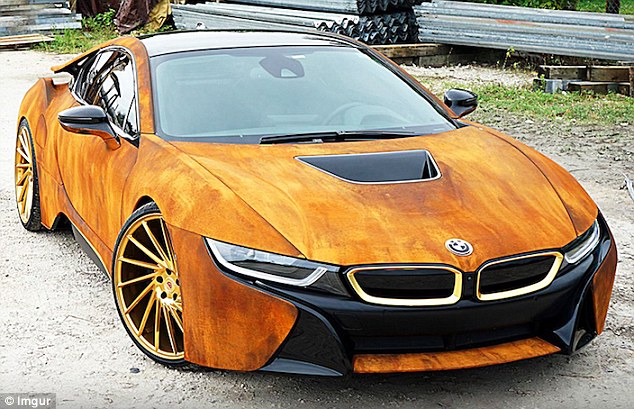 Cool: This custom car wrap is designed to look like the car is covered in rust 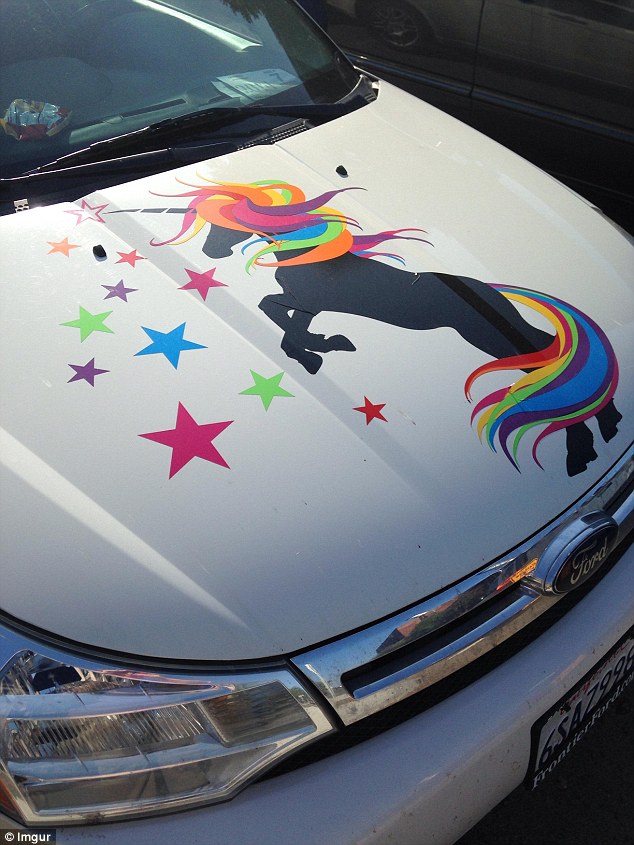 Aspirational: The best place for this rainbow unicorn design is definitely an old Ford 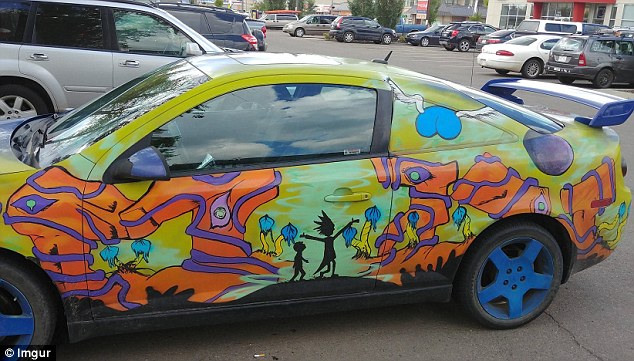 Weird: The oddest thing about this Rick and Morty design is what appears to be a flying blue butt in the sky 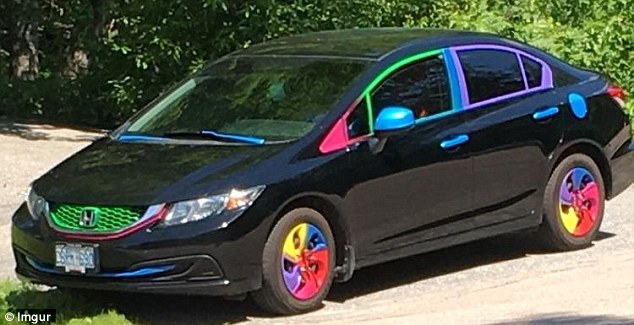