Amazon staff working in Britain will get a slice of a £374million ($500m) global bonus pot this Christmas, after the online giant saw a boom in sales during lockdown.

The US-based retailer, which is run by the world’s wealthiest man, Jeff Bezos, will dole out £300 to full-time staff who are employed from 1 to 31 December, while part-time staff will get £150.

Demand for Amazon’s services has been so high this year that by the end of 2020 it will have recruited 10,000 extra staff in Britain to cope with the tidal wave of sales.

It’s bonus time: Amazon staff working in Britain will get a slice of a £374million bonus pot this Christmas

With the Black Friday sales event today and Christmas a matter of weeks away, Amazon will be hoping to keep coining it in, while other bricks-and-mortar based retailers flounder.

In a blog post, senior vice president of Amazon Worldwide Operations Dave Clark, said he was ‘grateful’ for the efforts of the company’s employees through what has been a ‘unique’ year.

He said: ‘Combined with other holiday pay incentives, in this quarter alone we are investing over 750 million dollars in additional pay for our front-line hourly workforce.

‘This brings our total spent on special bonuses and incentives for our teams globally to over 2.5 billion dollars in 2020, including a 500 million dollar thank you bonus earlier this year.’ 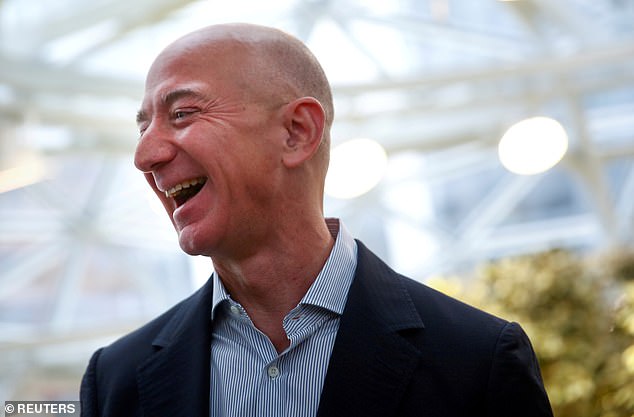 Amazon faced criticism over work conditions earlier this year, with the company hit with strikes from workers in France and Italy over virus safety concerns.

In April, a row over sanitary working conditions forced the group to temporarily shut six of its warehouses in France.

Amazon claims it has since made over 150 ‘significant’ process changes to ensure the health and safety of its staff, from enhanced cleaning and social distancing measures to the distribution of personal protective equipment and the implementation of temperature checks.

The company has also rolled out a pilot programme offering Covid-19 testing for its frontline workers in Britain. 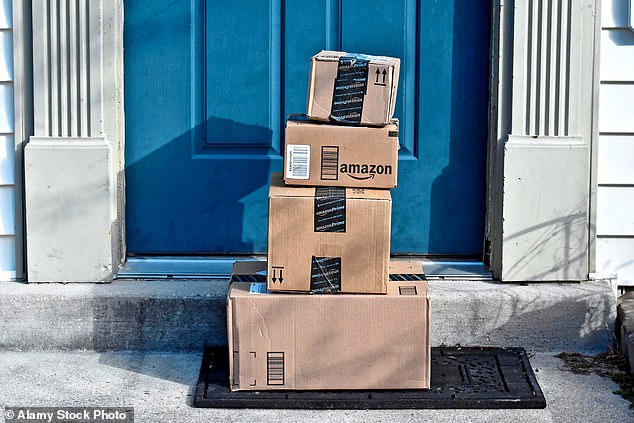 High demand: Many shoppers are doing most of their Christmas shopping online this year

While many conventional bricks-and-mortar based retailers have suffered amid enforced temporary shop closures during the pandemic, Amazon has remained open and thrived throughout.

Shoppers have flocked to the online retailer in their droves to use its streaming services and snap up essentials and gifts for prolonged stays at home this year.

Billionaire boss Mr Bezos grew his personal wealth exponentially during the pandemic and is estimated to be worth almost £136billion, which is nearly $33billion more than the second richest person in the world, Elon Musk.

Technology giant Amazon has long been criticised over its tax affairs in Britain. The company is a member of the tax committee of the CBI, giving it influence over the policy positions of one of the country’s biggest business lobby groups.

Amazon will not have to pay the UK’s new digital services tax on products it sells directly to consumers, but small traders who sell products on its site will face increased charges, according to a report in The Times.

The tax, which aims to get tech companies like Amazon, Google and Facebook to pay more tax in Britain, is forecast to eventually bring in around £500million annually to the exchequer.

Amazon has previously stated that the 2 per cent tax on revenues made in Britain will be passed on to sellers but it will not be adding the charge to the cost of advertising on its platform.