Amusing footage has emerged of a baby using a cot camera as a teething aid.

Little Archer Gale, from the UK, flashed a cheeky smile before having a good chew on the monitor.

Her loving parents, Brandon and Emily, watched back the the clip in amusement as their daughter had never done anything like this before.

Archer Gale smiles at the camera before curiously crawling towards it

In the video the seven-month-old can be seen playing in her cot before noticing the camera.

Intrigued, she crawls over to the monitor and grabs it while grinning.

The camera then spins around the room as Archer puts it in her mouth.

Mr Gale said: ‘Archer must have woken from her nap and noticed the nanny camera before trying to eat it, thankfully its wire free so we had nothing to worry about.

‘We have now had to put the camera up higher to keep it out of her reach, as she has since tried to do the same thing again.’ 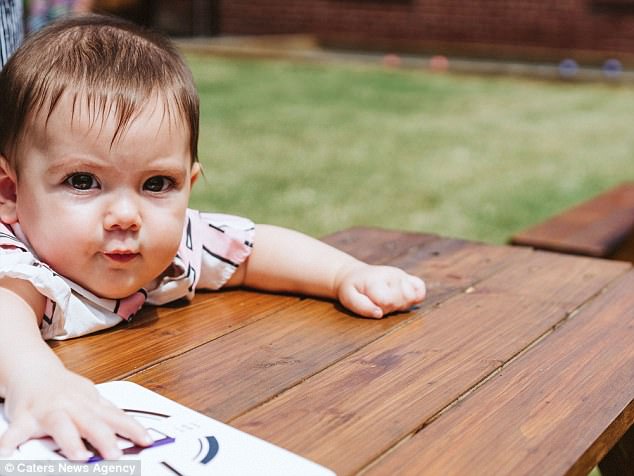