UK economic growth is confirmed as slowest since 2012

UK plc’s growth was confirmed as the slowest since 2012 today – dashing hopes that the estimate would be upgraded.

The economy grew by just 0.1 per cent in the first quarter of the year as consumers tightened their belts.

Despite ministers blaming the snow for the dip, the Office for National Statistics (ONS) also played down the role of the weather.

Britain’s economy has nearly grounded to a halt in the first three months of the year – growing by just 01. per cent, figures out today reveal.

The performance is the weakest since the end of 2012, at the height of the Eurozone crisis, which saw the EU pump tens of billions pf pounds into Greece’s economy to save it from collapse.

Releasing the updated figures, the ONS said GDP per head had actually fallen by 0.1 per cent over the quarter.

While the services industries increased 0.3 per cent, construction activity fell by 2.7 per cent.

Household spending grew by just 0.2 per cent, and business investment decreased by 0.2 per cent.

‘Oil and gas bounced back strongly, however, following the shutdown of the Forties pipeline at the end of last year.

‘While there was some evidence of the poor weather hitting construction and high street shopping, this was offset to an extent by increased energy supply and online sales.’

When the first estimate was released by the ONS last month, Chancellor Philip Hammond quickly pointed the finger at the ‘Beast from the East’ snowy weather which hit the UK during the period. 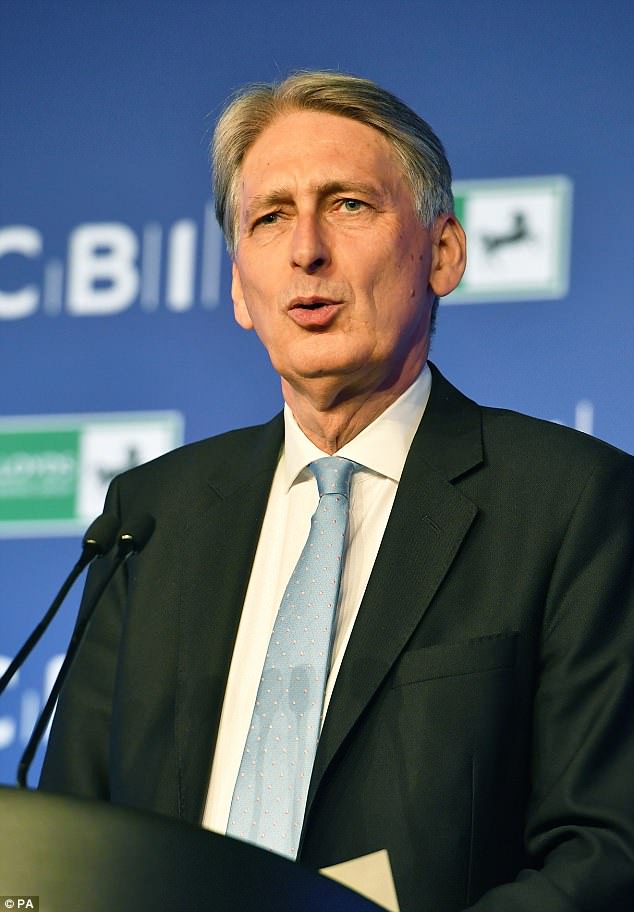 When the first estimate was released by the ONS last month, Chancellor Philip Hammond (pictured giving a speech this week) quickly pointed the finger at the ‘Beast from the East’