Households that are panicked about the soaring cost of energy are now facing billing chaos.

Complaints about energy bill blunders have soared to a record high, with reports rising by 30 per cent.

Money Mail readers say they have been sent inflated demands for thousands of pounds, and had to chase for months to find out what they really owe.

Many of these customers even have a smart meter installed, which is supposed to ensure their bills are accurate.

Monthly bills quadrupled: After having a smart meter installed, former police Peter Howard, 82, (pictured) was told his monthly payments would go from £62 to £285

It comes as wholesale gas price rises drive a cost-of-living crisis, with the average annual domestic fuel bill predicted to hit close to £2,000 this year.

Gillian Cooper, head of energy policy at Citizens Advice, says: ‘There’s clear evidence that billing systems and processes at some suppliers have not been fit for purpose.

‘Ofgem [the energy regulator] must ensure suppliers are following its rules on providing accurate bills.’

Pensioner Carol Leach says she got the fright of her life when British Gas attempted to take more than £2,000 from her account two weeks ago. 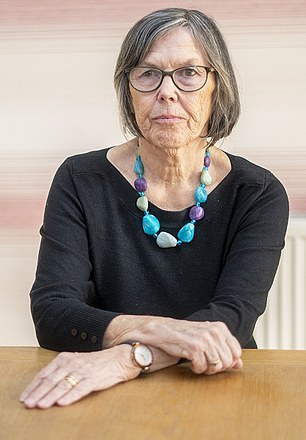 The 77-year-old former administrator had paid People’s Energy between £70 and £80 a month before the firm collapsed.

She then moved to British Gas, which estimated she would owe £2,195 a month.

When Carol called the supplier to query this, she was reassured it was an error and that her monthly bill would be around £75.

However, a week later, she was told she would have to pay the original £2,195.

Carol says: ‘I was terrified. This is more than three months’ pension for me.’

British Gas apologises that the initial adviser did not correct the error, and has offered Carol £30 as a goodwill gesture.

Former police officer Peter Howard, 82, was hit with an energy bill for thousands of pounds in December 2020 — and a year on the blunder was still unresolved.

He contested the £2,130 charge from EDF after it arrived and thought it was sorted. In May, he had a smart meter fitted. But a month later, he was told his monthly bills would more than quadruple, from £62 to £285.

In November, a £67 bill arrived, and in December, he received a monthly estimate for £92.

He says: ‘I asked EDF why I was still getting estimated bills when I had a smart meter and was told there were ‘errors’. But everything seems to be an error. This is an appalling way to treat anyone, let alone an elderly couple.’

Peter’s current direct debit is set at £70 a month and EDF has paid him £130 as a goodwill gesture. The firm says: ‘We’re sorry for any inconvenience caused.’ 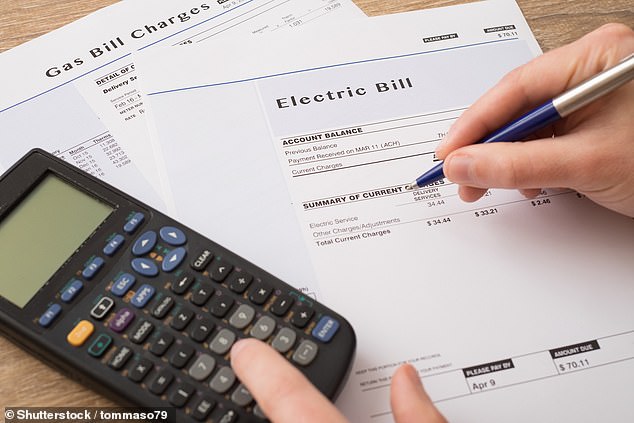 Temperature’s rising: Complaints about energy bill blunders have soared to a record high, with reports increasing by 30%

The Energy Ombudsman logged a huge 18,944 complaints about power firms between July and September last year.

This is the highest number of disputes recorded in any three-month period since its records began in 2018.

Bills are the most commonly reported issue, making up more than half of cases in 2021.

One in three billing problems involves disputes about gas and electricity usage.

Complaints website Resolver has also reported a rise in gripes about inaccurate bills.

Martyn James, of Resolver, says: ‘It is about time suppliers sorted out these long-running mistakes and agreed on a simpler system to stop households being regularly overcharged.’

An Ofgem spokesman says: ‘We are aware that billing issues can be a cause for complaint. Suppliers must bill their customers accurately. We monitor this and take action where appropriate.’