UK gives £67.9m in foreign aid to China in the last year

Britain increased its handouts to China last year as the Government overshot its foreign aid target by almost £100million.

Schemes funded by UK taxpayers included a photography project to understand the country’s past, syphilis tests for gay men and improving cancer screening in rural areas.

Despite a promise a decade ago to stop sending cash to the world’s second largest economy, bilateral aid spending in China soared by £12.3million in a year to £67.9million in 2019.

More cash from the UK will have been given through international bodies such as the United Nations and EU.

Britain increased its handouts to China last year as the Government overshot its foreign aid target by almost £100million. Pictured: Chinese children line up under the supervision of a teacher at a kindergarten playground in Beijing 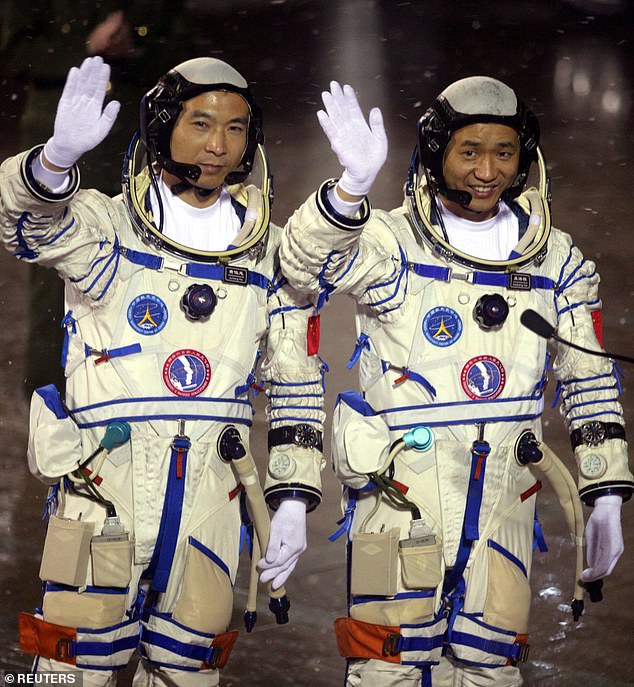 Despite a promise a decade ago to stop sending cash to the world’s second largest economy, bilateral aid spending in China soared by £12.3million in a year to £67.9million in 2019. Pictured: Chinese astronauts Fei Junlong (left) and Nie Haisheng (right) wave as they walk to the launch tower of the Jiuquan Satellite

The Government is legally committed to spending 0.7 per cent of gross national income on developing countries.

Figures released yesterday showed ministers not only met the target, but exceeded it by £92million.

The total spent on the foreign aid budget rose by £645million to reach £15.2billion for the first time last year.

The top handouts were £305million for Pakistan, £300million for Ethiopia and £292million for Afghanistan.

Where the foreign aid was spent

But China and India both saw their aid funding increase, even though they can both afford their own space programmes and ministers have repeatedly promised to stop sending money there.

Beijing has spent billions on its drive to become a leading power in space exploration and it last year became the first nation to successfully land a robotic spacecraft on the far side of the moon.

UK aid spending in China included £851,561 on researching air pollution in cities, £278,047 on portable scanners to detect strokes and £438,795 on gastric cancer screening in rural China.

Some £20,161 went on a photography project using archive images to document life in pre-communist China, while £24,740 was used to increase the uptake of syphilis tests among gay men.

Another £14,531 was provided for networking events with the aim of boosting tourism in villages that have lost a large number of their residents to urban areas.

A project funded by the Department for Environment, Food and Rural Affairs to encourage Chinese shoppers not to buy products made from pangolins was given £33,335 in 2019.

The endangered species is killed for its scales, which are boiled off their bodies for use in Chinese traditional medicine.

The animal’s meat is a high-end delicacy, and its blood is seen as a healing tonic.

In India, more than half a million pounds was spent on looking at how algae could be used as non-dairy source of vitamin B12 to improve the diets of vegetarians and vegans.

None of the other G7 nations – Canada, France, Germany, Italy, Japan, and the United States – met the international target of 0.7 per cent of national income on foreign aid. The UK gave more than double the 0.29 per cent G7 average.

The Government is looking at the aid budget as part of its review of foreign policy, defence, security and international development, due to be completed later this year.

The Prime Minister suggested the Government could stop following the international definition on what can be counted as aid.

The rules are set by the Organisation for Economic Co-operation and Development. 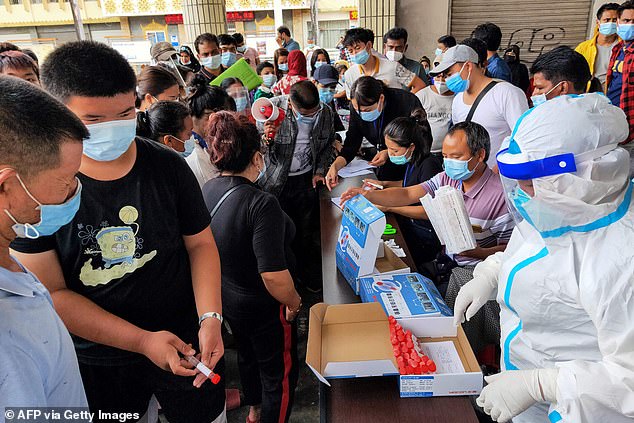 Ministers have previously encountered resistance when seeking to alter aid spending rules as any changes need the support of 30 countries.

Earlier this year, Mr Johnson warned that ‘for too long’ UK overseas aid had been ‘treated as some giant cashpoint in the sky’.

The foreign aid budget is expected to fall this year because of the reduction in the size of the economy.

Foreign Secretary Dominic Raab has earmarked £2.9billion in cuts, but has refused to reveal publicly the details.

A Government spokesman said: ‘UK aid is focused on responding to humanitarian crises, including lifesaving support to Yemen.’

They added: ‘We ended our traditional bilateral aid programme to China in 2011 and now offer the country expertise and skills to help tackle global issues like climate change, which is firmly in the UK national interest.’