Sir Michael Marmot, director of the Institute of Health Equity at University College London, has written to Jeremy Hunt

The life expectancy of Britons is slowing to a standstill, while those from other European countries will live even longer, a leading academic warned.

British women have the slowest life expectancy growth in Europe, while the men’s is second from the bottom.

A woman in Britain can expect to live until 83, three years behind countries such as Spain and France.

While seven countries in Europe predict men’s life expectancy at well over 80, Brits languish just above the EU average at 79.

Sir Michael Marmot, director of the Institute of Health Equity at University College London, has written to Jeremy Hunt urging him to investigate why European life expectancy is surging ahead.

Writing in the Times, he branded the news an ‘urgent and deepening problems with the nation’s health.’

He said: ‘Were this to keep up, we would soon become the sick man and woman of Europe. This is a new and worrying trend.’

Professor Marmot believes this is the end of 100 years of longer life and says it is more important than the crisis in the NHS.

According to the researcher, the global financial crash has badly affected life expectancy across Europe, but Britain is starting to lag behind.

But while recession-hit Spain’s life expectancy is rising, economic powerhouse Germany is not showing the same surge.

In July, Professor Marmot’s team warned life expectancy in Britain was slowing because of the state of the NHS and social care.

But in 2010, Brits were gaining an extra year every four years, and the expert even claimed life expectancy could start to decline in the near future. 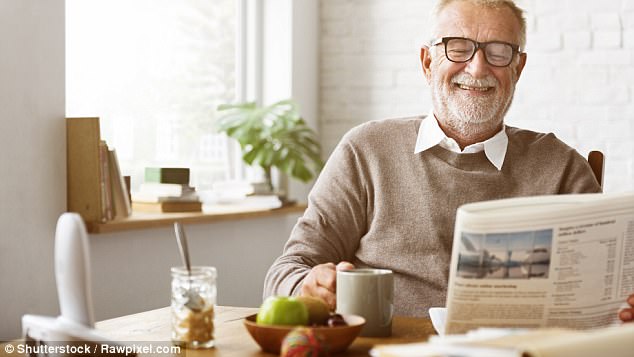 While seven countries in Europe predict men’s life expectancy at well over 80, Brits languish just above the EU average at 79 (file image)

He said at the time: ‘I am deeply concerned with the levelling off, I expected it to just keep getting better. I would say it is a matter of urgency to try and examine why this has happened.

‘I am deeply concerned that if we do not fund health care and social care adequately people will lead much worse lives.