The UK is one of the unhealthiest nations for children in the Western world, a report has found.

Our breastfeeding rates are lower than most other countries, while childhood obesity rates are significantly higher.

Baby girls in the UK have the shortest life expectancies in Western Europe, and die an average of three years earlier than girls in Spain.

The first international analysis has found the UK lagging behind most other developed countries in key measures of child health.

The UK is one of the unhealthiest nations for children in the Western world, a report has found

Undertaken by the Nuffield Trust think-tank, it examined 16 indicators including breastfeeding rates, obesity, life expectancy and birth defects caused by a lack of folic acid.

The UK’s breastfeeding rates were found to be the worst out of the 14 countries with data available, with only 1 per cent of babies given breast milk exclusively at five months.

Obesity rates for girls meanwhile were the second worst of 15 countries, only behind the US. A total of 29.2 per cent of girls under 18 in the UK are classed as overweight or obese.

For boys the figure is slightly lower at 26.1 per cent, and this is the eighth worst.

The analysis also found that rates of a common birth defect linked to a lack of folic acid were the second highest after France. An average of 12.8 babies out of 10,000 in the UK are born with neural tube defects, which affect the brain, spine or spinal cord. 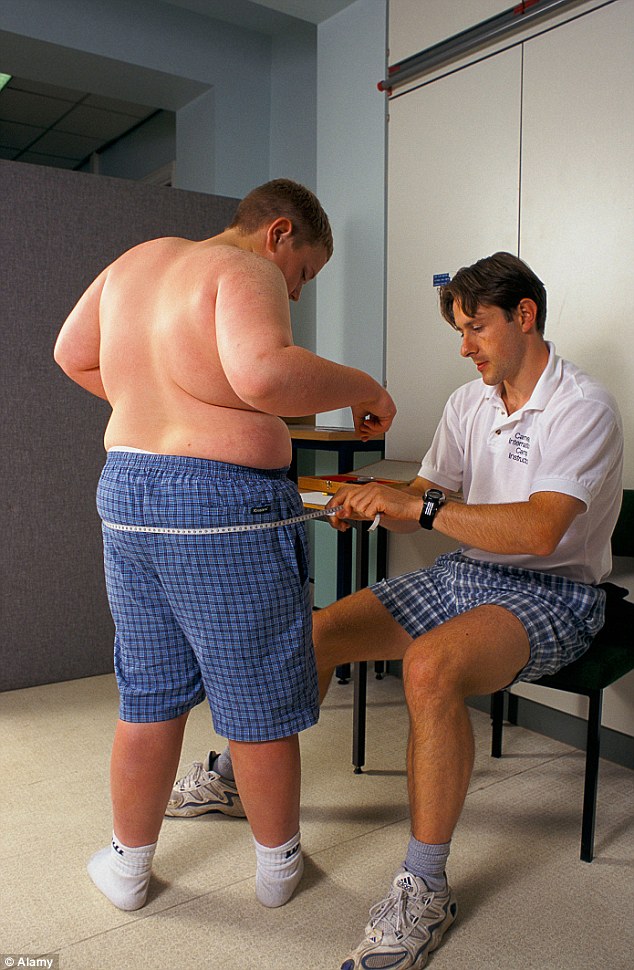 Our breastfeeding rates are lower than most other countries, while childhood obesity rates are significantly higher (file photo)

This is three times the rate of Spain where only four babies out of 10,000 are affected and foods are more commonly fortified with folic acid.

Lead author Dr Ronny Cheung said: ‘While international comparisons of health outcomes should be handled with care, this research has an unequivocal message: we must do much better for our children and young people.’

Nigel Edwards, chief executive of the Nuffield Trust, said: ‘Child health is notably absent from much policy thinking at the moment and we are now falling behind our peers when it comes to several vital measures. It’s time for policymakers to take child health seriously before our somewhat mediocre international standing becomes even worse.’

The Government must use the freedom of Brexit to get tough on the junk food industry, the head of NHS England has warned.

Simon Stevens has called on ministers to use the ‘flexibilities’ of leaving the EU to ‘take back control of the fight against obesity’.

Stricter rules could include colour-coded labels – with red for high-calorie foods – and a 9pm watershed for some TV adverts.

The Government has been repeatedly criticised for failing to take action and allowing the food industry to set its own rules.

But ministers have previously pointed out that they were prohibited from introducing tougher rules due to EU-wide laws.

Addressing the Diabetes UK conference in Docklands, east London, Mr Stevens said: ‘One of the flexibilities … is whether we can use our post-Brexit regulatory arrangements to take a more assertive stance on food labelling and other interventions that we know are going to help cut obesity.’

The analysis also found that girls born in the UK can expect to live an average of 82.3 years.

This was the lowest for the 11 European countries where figures were available, and three years less than a girl born in Spain.

For boys in the UK the average life expectancy is 79.2 years, the fourth worst of 11 countries.

Vaccine rates in the UK were lower than most other countries including for illnesses such as measles and whooping cough. Stillbirth rates were found to have improved, although they were still about average for the 15 countries.

Dr Russell Viner, president of the Royal College of Paediatrics and Child Health, said: ‘Given that children and young people make up a quarter of the UK population, it’s a real failure of the system that child health gets so little political attention.

‘Investing in child health makes both moral and economic sense – for every £1 you put in, you get an average of £10 back in terms of future productivity. We want to see the UK Government develop a comprehensive cross-departmental child health strategy.

‘It’s also crucial that some of the biggest threats to child health are tackled boldly; for example tighter restrictions on junk food advertising to tackle obesity, the reinstatement of child poverty reduction targets and crucially the reversal of damaging public health cuts.’

– Teenagers are more than twice as likely to be obese when they are bombarded with junk food adverts, a charity has warned.

Adverts on social media were the most to blame, with those aged 11 to 19 more likely to remember these than TV and billboards, a Cancer Research UK team found.