UK weather: Britain braces for the hottest day of the year so far

Britain is set for the hottest day of the year so far today with temperatures expected to hit 82F (28C), with forecasters expecting dry and warm conditions for at least the next week.

Today and this weekend will be dry and sunny across most of the country with the warmest conditions expected along the west coast of England and Wales, with 77F (25C) to 81F (27C) elsewhere.

The news will be a boost to Britons looking to enjoy socially-distanced picnics with friends and family in parks and beauty spots this weekend, while many others will be looking at heading to the beach to soak up the sun.

Forecasters said there will be no appreciable rain over the next week, with high pressure sitting to the east set to continue dominating the weather for all areas except the far north of Scotland, which will see rain early next week.

This year’s highest temperature of 82.7F (28.2C), set at Santon Downham in Suffolk on May 20, could be beaten today, while further hot weather is expected into next week before conditions turn cooler from next Thursday.

The 2020 UK high could be broken at the Moray Firth in Scotland, where the Foehn Effect – which causes the warming and drying of air on the lee side of a cross-mountain wind – will produce exceptionally warm conditions.

It comes as the UK endures its driest May in 124 years with the landscape across the country looking parched – and one water firm urging households to voluntarily cut their usage by turning the taps off when brushing their teeth.

Marco Petagna, of the Met Office, said: ‘It could well hit temperatures of 27C or 28C from Friday onwards.

‘Up to June 5 things look set to generally continue as they are at the moment – pretty fine and settled and warm.  From Thursday and Friday onwards next week it might become more changeable.’

Scotland and Northern Ireland both recorded their warmest day of the year so far yesterday, with 78.3F (25.7C) at Leuchars and 77F (25C) at Magilligan and Armagh respectively.

Meanwhile the water industry trade body has said there are no plans for hosepipe bans despite some regions being on course for the driest May on record.

Just weeks after many parts of England and Wales were deluged with floodwater, the spring drought has seen gardens wilt, farmers fret over parched crops and reservoir levels drop.

The Environment Agency said most water companies have ‘appropriate’ reserves, and stressed that calls for people to use it wisely should not deter anyone from regular hand-washing as part of the fight against Covid-19. 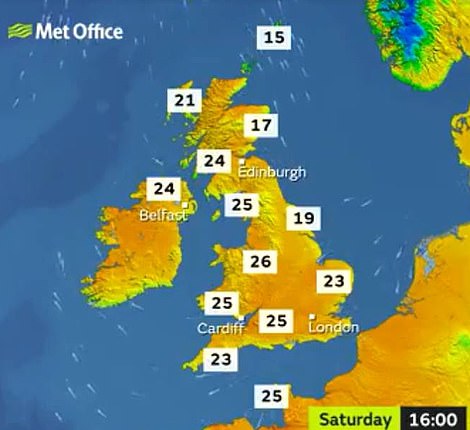 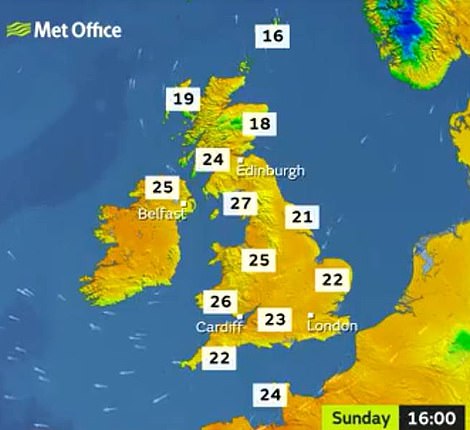 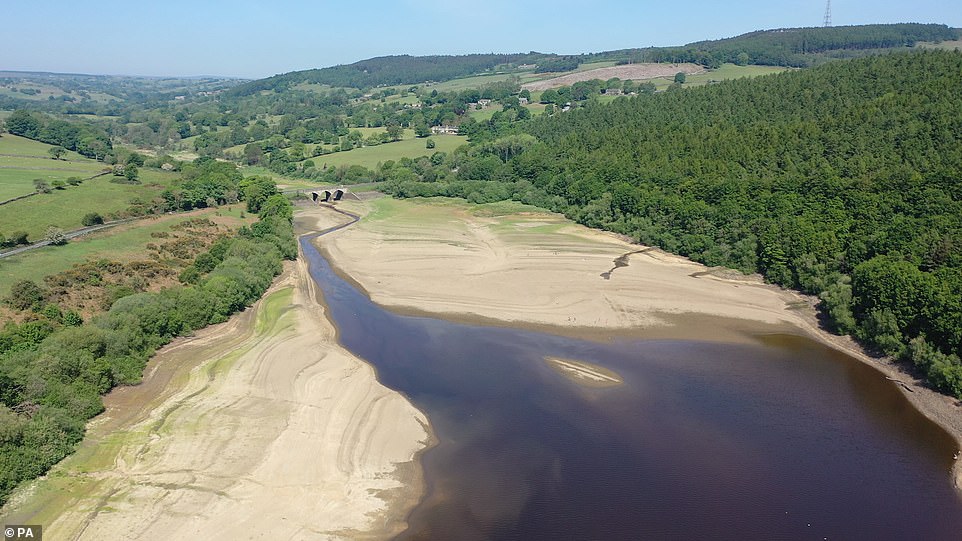 Low water levels at the Lindley Wood Reservoir near Otley in West Yorkshire yesterday. There are no plans for hosepipe bans despite some regions being on course for the driest May on record, according to Water UK, the industry trade body

But it confirmed United Utilities has applied to take water from a Cumbrian lake to help with supplies in the county and it warned further measures may be needed in the north-west of England if the dry spell continues.

The highest temperature of the year so far could be set at the Moray Firth in northern Scotland today, where the Foehn Effect will bring exceptionally warm conditions.

The effect sees rain fall on one side of a mountain and warm air currents form on the other. 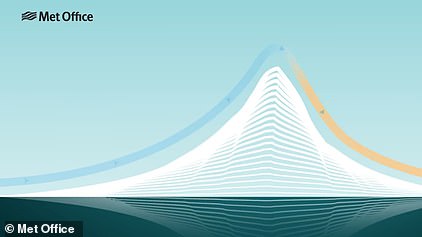 When the moist air travels over high ground such as a mountain, it is forced to rise up over the mountain and then condenses, forming cloud and rain.

Rain falls on the top or the windward side of the mountain but the other side is much drier.

Dry air heats quicker so as it descends the leeward side it warms up drastically.

In the UK, notable Foehn events tend to occur across the Highlands where the moist prevailing westerly winds encounter high ground along Scotland’s west coast.

This results in a marked contrast in weather – with the west being subjected to wet weather, while the lower lying east enjoys the warmth and sunshine of the effect.

The Met Office is predicting some regions, especially in the south of England, will record the lowest May rainfall figures on record when the final statistics are collated on Monday.

But a spokesman for Water UK, the trade association representing water companies, said: ‘There are no plans for any hosepipe bans this summer.

‘It is always worth using water wisely, though, especially at the moment when people are spending more time at home. Taking a few simple steps to save water reduces the stress on the environment and the water network.’

An EA spokesman said: ‘We work closely with all water companies throughout the year to ensure their drought plans are up to date and activated as needed.

‘At this time, most companies across the country have appropriate water reserves for this time of year. While dry weather since late March has led to a decline in some reservoirs, this is not unusual during a hot and dry spell, and they can recover quickly when the rain returns.’

The EA said United Utilities, the company which supplies water to the North West, has applied for a drought order to take supplies from Ennerdale Water in the Lake District to sustain supplies in west Cumbria and, if the dry weather continues, it is likely that further actions will be needed across a larger part of the region.

South East Water has asked its customers ‘to help us by taking simple steps, such as not watering lawns, reusing paddling pool water and only using dishwashers and washing machines on full loads to help make sure there is enough water for everyone’.

The firm said it has been pumping an additional 78 million litres of water a day through its network and water being used on DIY projects and gardening has contributed to an additional 14 per cent of water use.

Yorkshire Water said its reservoirs are lower than normal for the time of year and currently at around 75 per cent full.

A spokeswoman said: ‘We’re also seeing people use more water than they normally would. Life is very different at the moment and we’re spending more time at home and in our gardens watering plants, filling paddling pools and pressure washing outside areas.’ 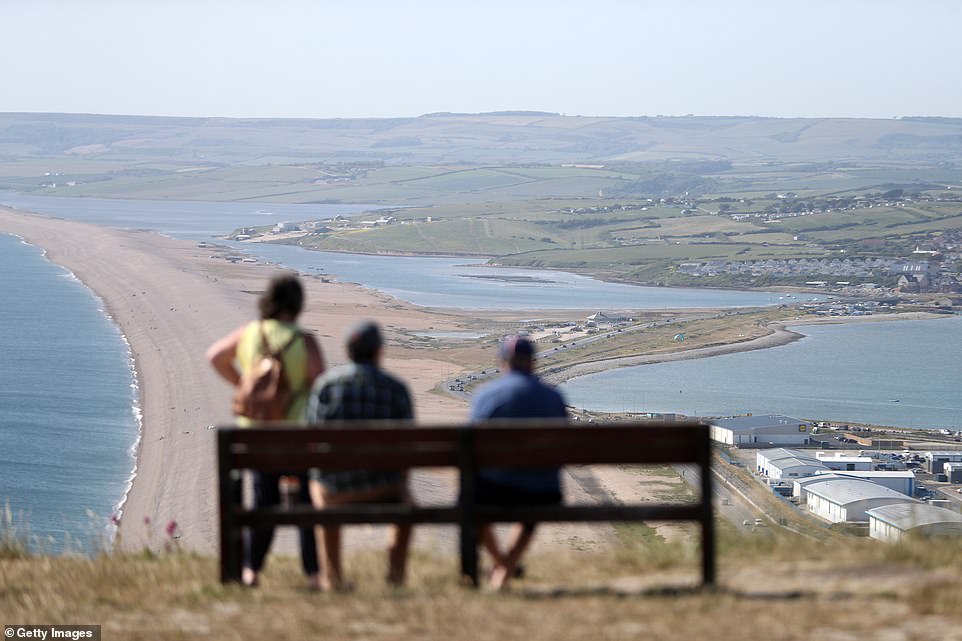 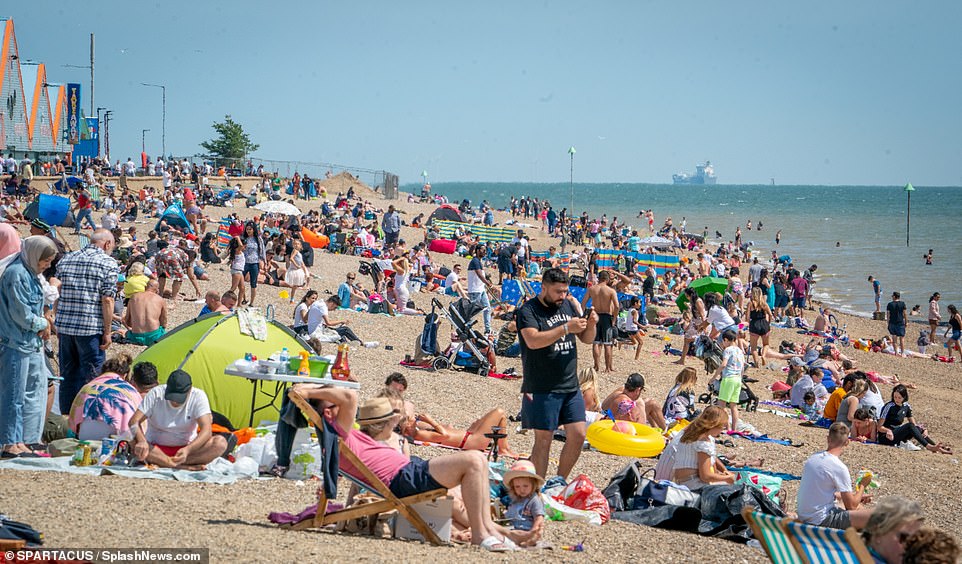 She said the firm has the ability to move water around its grid network to fulfil demand, but she also asked household to help conserve supplies. The firm has asked its three million households to voluntarily cut their water usage, urging people to turn the taps off when brushing their teeth.

Only 1.25in (31.8mm) of rain has fallen on average across the UK so far this month, and forecasters say that total is unlikely to be added to significantly in the final few days of May.

In the South East there has been only 0.23in (5.8mm) – one tenth the average – making it drier than the Sahara.

The driest place in the UK is Boulmer in Northumberland, which has had just 0.6 inches (15mm) of rain since mid-March.

The Met Office is predicting some regions, especially in the south of England, will record the lowest May rainfall figures on record when the final statistics are collated on Monday.

NFU deputy president Stuart Roberts said: ‘Many farmers are already feeling the effects of a dry April and May with some cereal crops already suffering from this early dry spell.’

Mr Roberts said irrigators were working ‘flat out’ across the country and, although water availability was ‘generally good’ at the moment, reserves were being closely monitored.

He added: ‘It could shape up to be an extremely challenging season for farmers and growers.

‘Farmers are closely following predictions of possible hot, dry spells in the weeks ahead and what this could mean for water availability, especially with livestock now turned out to graze and harvest not far away.’

Met Office spokesman Oli Claydon said: ‘May has been exceptionally dry. Some regions are on track to have possibly the driest May on record.’

Mr Claydon said the official figures for May will be published next week but they are likely to be record breaking in some regions – especially in the south of England – but not for the UK as a whole.

Meanwhile, the Yorkshire Dales National Park has issued a fire warning as the dry spell has left ‘tinder dry grass and moorland’.

Chief executive David Butterworth said: ‘Nobody should be lighting fires or barbecues in the countryside and everyone should be taking their litter home to reduce the instances of fire.’