UK weather: Britain could be hotter than SPAIN tomorrow with 65F highs

Make the most of the glorious autumnal sunshine we are enjoying this week – for it will soon be swept away by bitterly cold weather that will last until December.

Britain is currently basking in an Indian summer and temperatures in the south could nudge 64F (18C) tomorrow – higher than Madrid (61F/16C) and Milan (57F/14C) – making it the warmest mid-November since records began.

But don’t pack away your winter coat as temperatures are set to plunge by up to 27F (15C) next week when a big freeze sweeps in.

The plume of warm continental air coming from the Mediterranean will be replaced by chilly winds from Moscow, leading to widespread frosts. 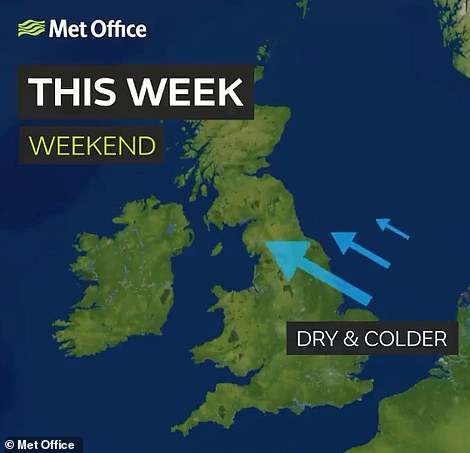 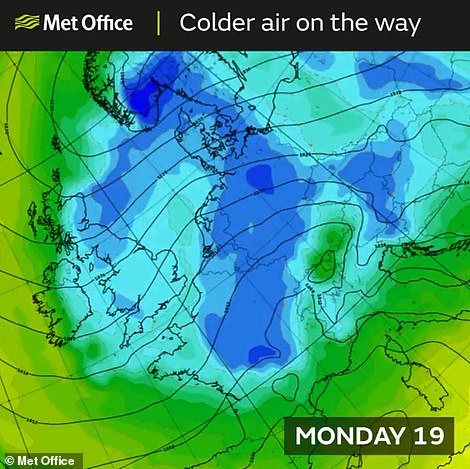 Met Office forecaster Helen Chivers said: ‘Up until Friday it will be dry and bright across England and Wales and temperatures will be well above average.

‘Temperatures could reach 17C (62F) tomorrow which is well above the November average of 9C (48F).

‘At the weekend the wind direction will change from warm southerly to colder winds from eastern Europe and it will start to get very chilly.

‘On Saturday there will be a max of 12C (54F) and on Sunday it will barely scrape into double figures. 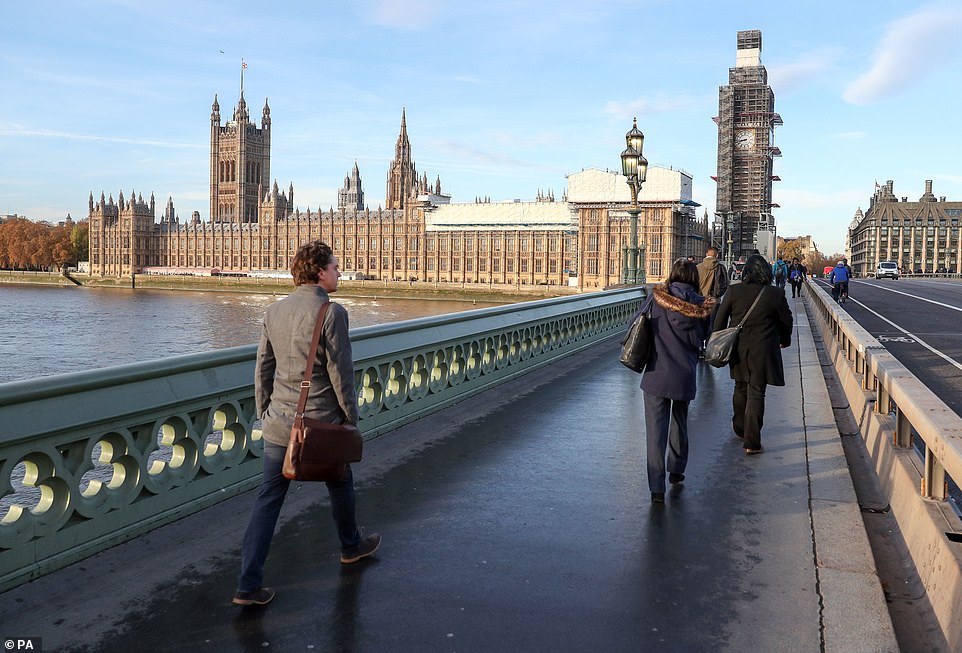 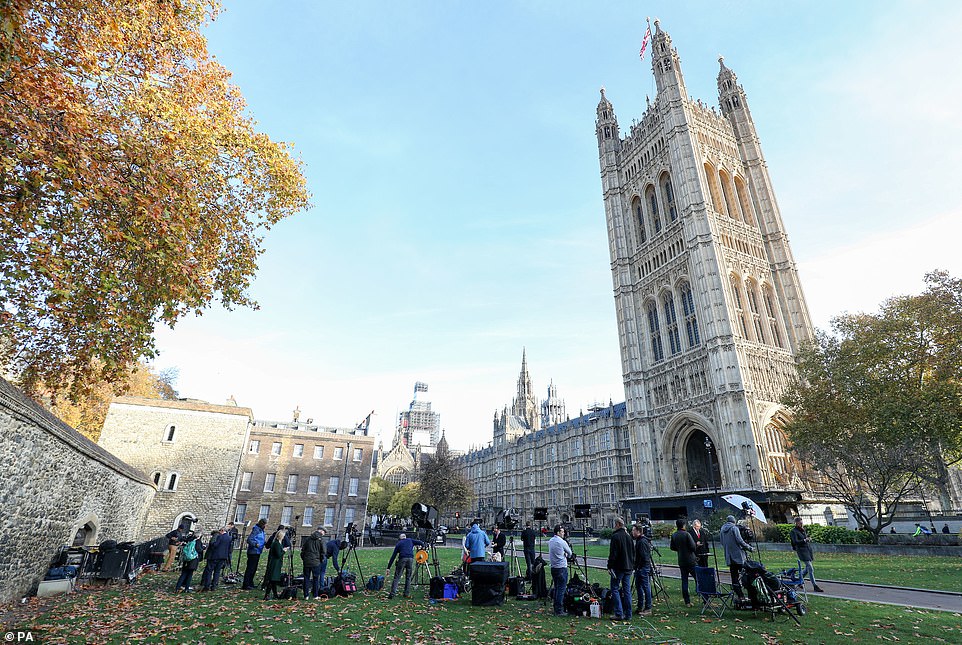 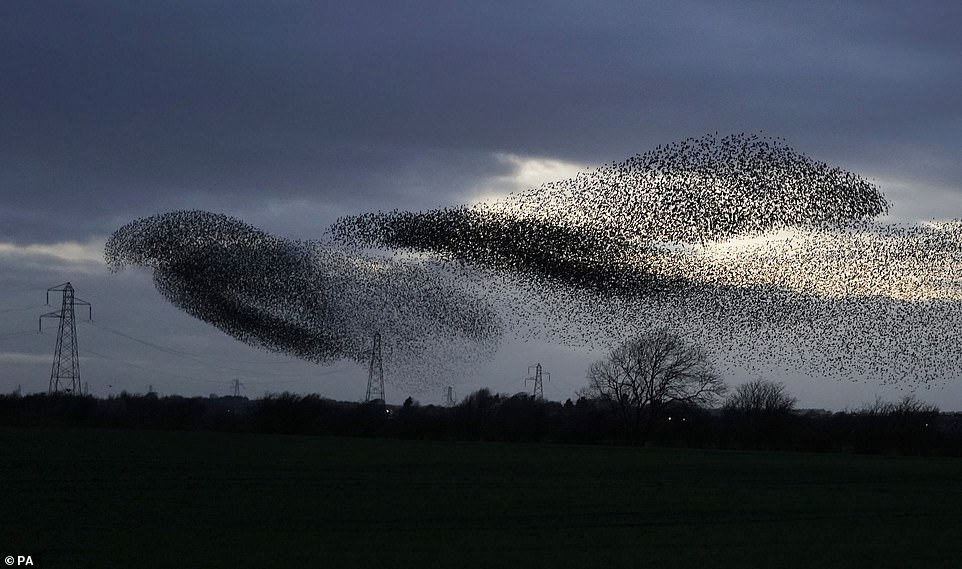 ‘As we go in to next week it will be time to wrap up warm and will feel like winter is on its way. Temperatures will continue to fall throughout the week, and it will be frosty and bright for most of the UK.’

However the mild and pleasant weather is not being enjoyed across all parts of the country, with homes and business set to be hit by flooding in parts of Scotland amid heavy rain.

The Met Office has issued a yellow weather warning for Dumfries and Galloway, Lothian and the Borders. It lasts until 1pm today, with disruption to travel and potential flooding of a few buildings highlighted as being possible.

Forecaster Martin Bowles said: ‘It’s a front that’s aligned with the flow, so it acts like a conveyor belt which keeps bringing rain. 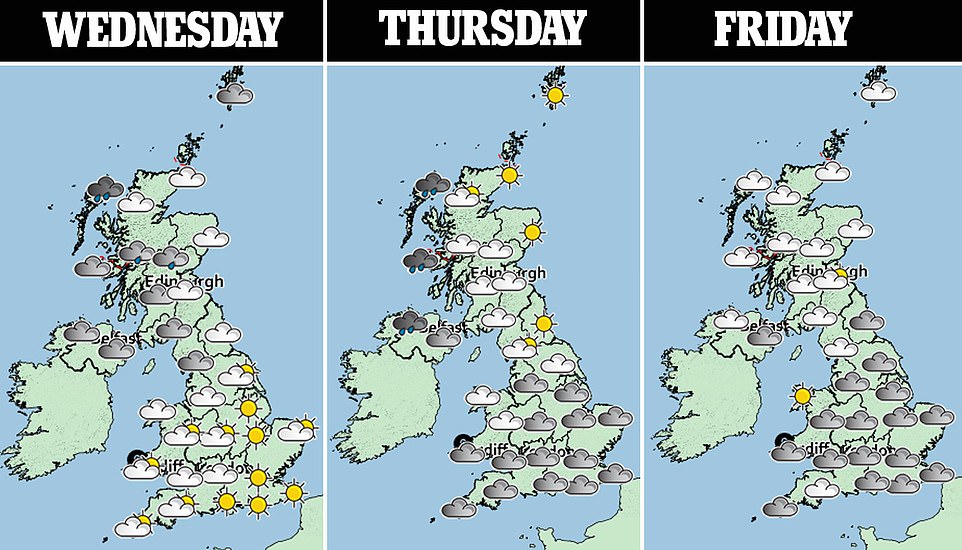 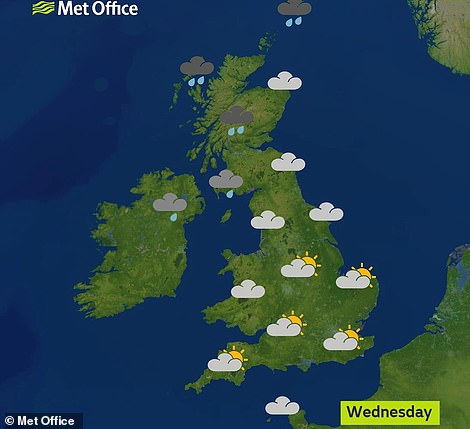 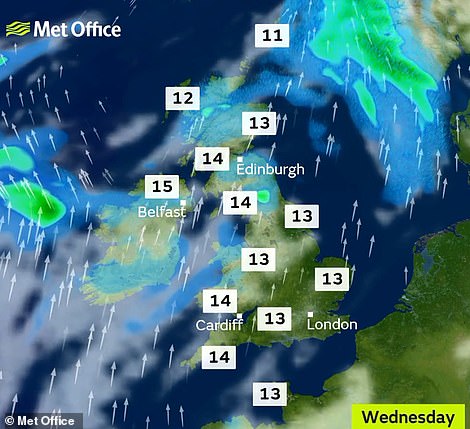 Today is forecast to be grey and overcast in Wales and northern England, but it will be sunny in southern and eastern parts 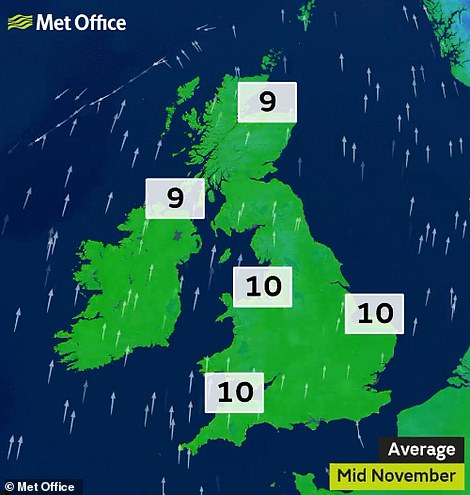 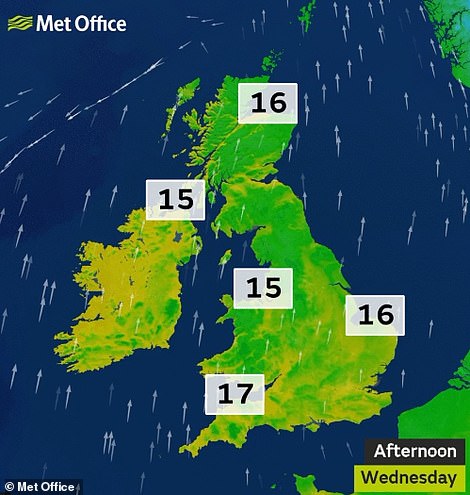 ‘One particular area, Dumfries and Galloway, is going to get this rain pretty much continuously for a few hours.

He added properties which are susceptible to flooding in the area may experience some issues. Sepa has also issued four amber flood alerts covering western, central and south-western parts of Scotland.

Britain’s unseasonably warm November will come to an end next week when temperatures plummet and wintry weather arrives. 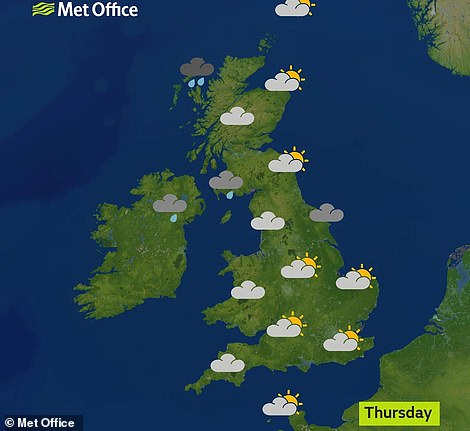 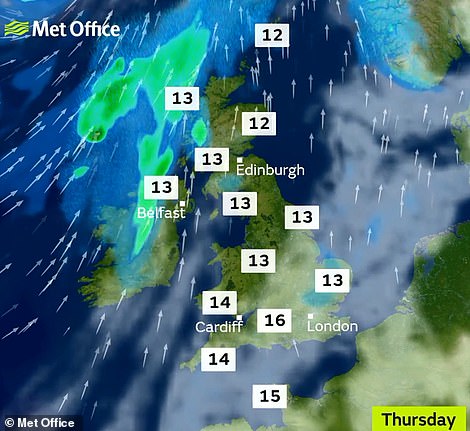 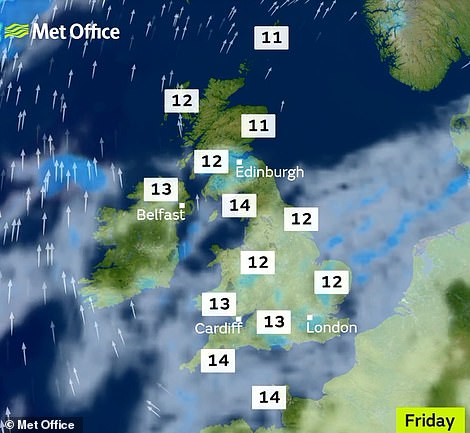 Friday will be mostly dry, cloudy and misty with a few sunny spells possible along with drizzle and gentle winds

Chilly winds will sweep in from eastern Europe, leading to a bitterly cold snap that will see the mercury stay below the November average of 48F (9C).

There is likely to be morning fog and widespread night time frosts across England, especially in the south.

Conditions will be mainly dry but grow increasingly unsettled throughout next week, with chances of heavy showers. There could also be of snow on high ground in northern England and Scotland.

Martin Young, deputy chief meteorologist at the Met Office, said: ‘After the mild conditions we’ve had so far this month, next week’s temperatures will feel noticeably colder by contrast. 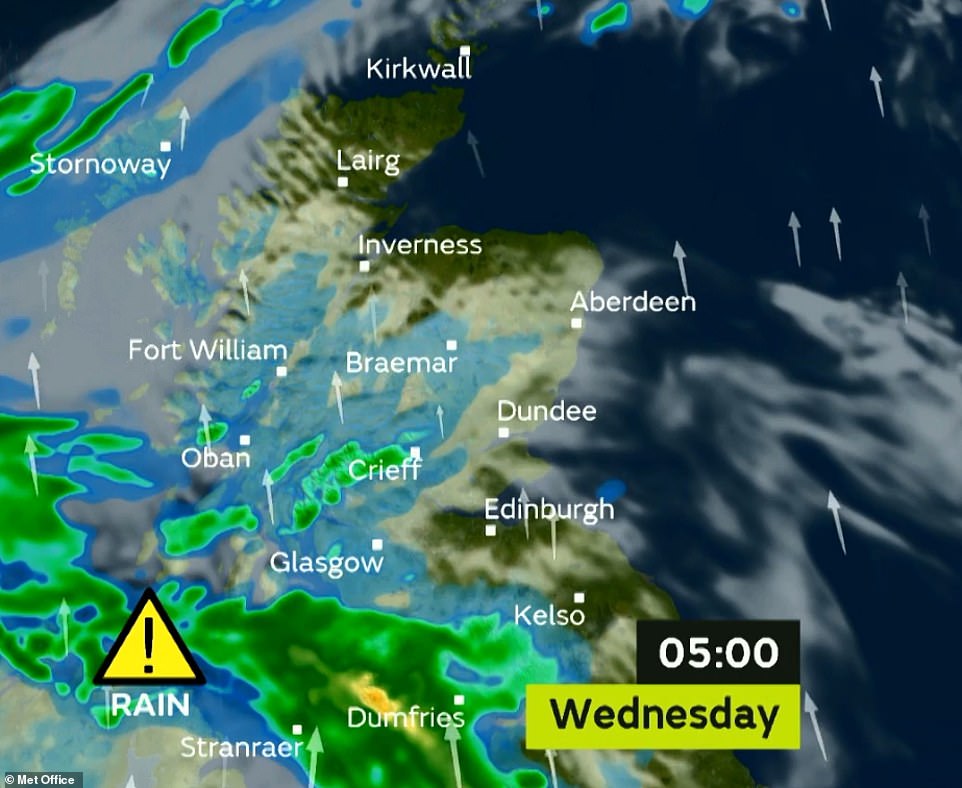 ‘Although temperatures will be below average, particularly in the south, the situation is not out of the ordinary for the time of year. Next week will certainly be cold.

‘Although many places should be dry, showers are possible in the east. At the moment, there is very little signal for wintry conditions, with any snow more likely to be confined to higher ground.’

Today could be the warmest November 14 since records began in 1841 if highs beat the 17.7C (63.8F) recorded in Cwmbargoed, Glamorgan, Wales.

This week’s sunshine has come after Britain was lashed with heavy rain and wind, which brought flooding and travel disruption to parts of Wales last week.