Forget any dreams of a white Christmas – but it could well be a nice day for a walk.

Christmas Day is set to be mostly dry and mild although quite cloudy, with similar conditions on Boxing Day, forecasters say.

Temperatures could climb as high as 12C (54F) in parts of southern England, although it is likely to be cooler in the north where the maximum is set to be 10C (50F).

The ‘benign’ conditions follow unsettled weather over the weekend, according to the Met Office, although it could also bring similarly mild temperatures for the time of year.

It comes after the shortest day of the year was marked today with events and activities across Ireland. Visitors gathered at the Neolithic Passage Tomb at Newgrange in Co Meath to celebrate the winter solstice.

People go for a sunrise swim at Helen’s Bay in County Down, Northern Ireland, to celebrate the winter solstice today 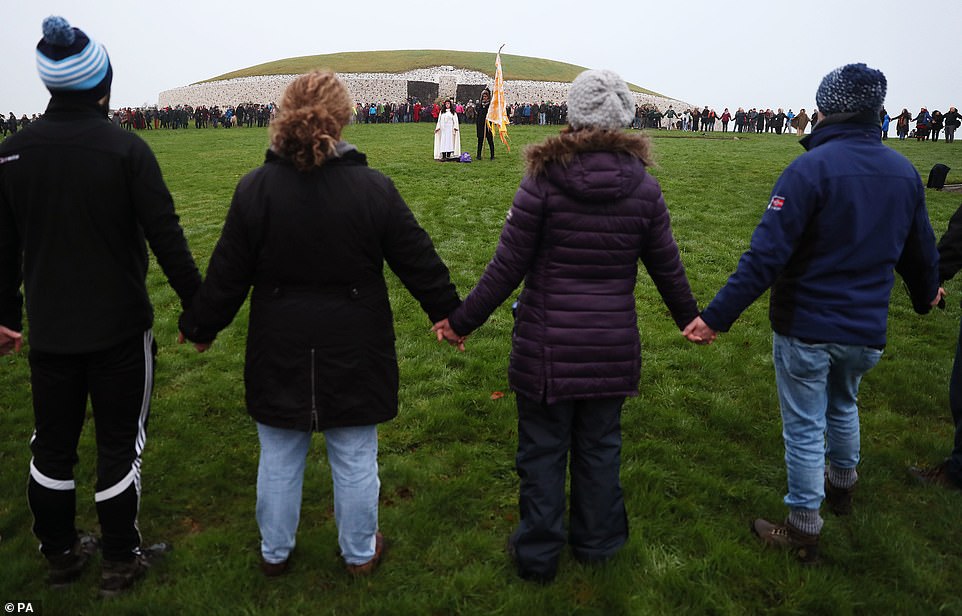 People gather for sunrise at Newgrange in Co Meath today as the winter solstice begins, marked by pagan celebrations 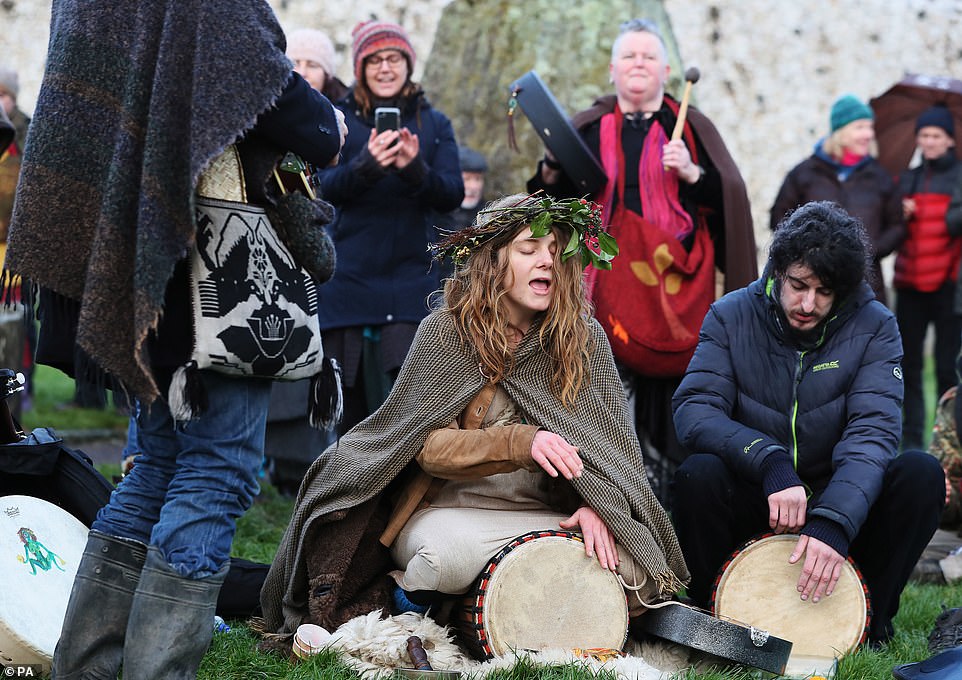 Newgrange is a prehistoric monument in County Meath, consisting of a large circular mound with a stone passageway

In clear conditions, the dawn sunlight illuminates the inner chamber of the 5,000-year-old tomb. It has been a central ritual in the pagan belief system for thousands of years.

Forecaster Richard Miles said: ‘On Christmas Day, conditions will probably be OK for most places. It will largely be dry and quite cloudy, although anywhere could get the odd shower.’

Mr Miles said the day could have a frosty start in the north and some mist is also likely, which could linger. The best chance of any sunshine is set to be in the north, where it will also be cooler if breaks in the cloud occur.

Boxing Day is also set to be overcast and mostly dry although Mr Miles said there could be a risk of some drizzle in northern England. ‘Some heavier rain could also arrive in the afternoon and evening on Boxing Day’, he added.

The mostly dry and cloudy Christmas weather follows an unsettled spell with showers, some heavy and squally.

Mr Miles said: ‘Over the weekend, there are likely to be bands of showers moving across the country and some sunny spells.’ 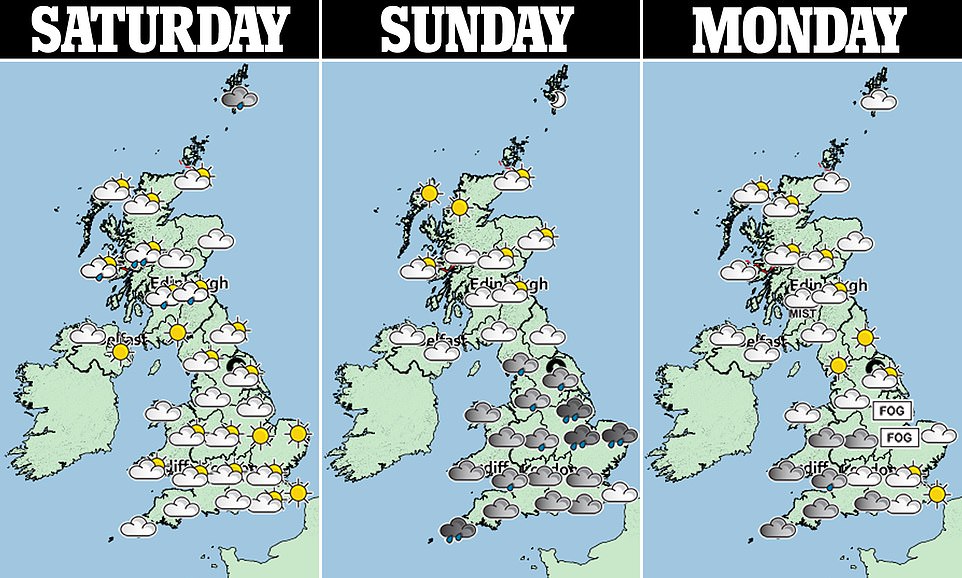 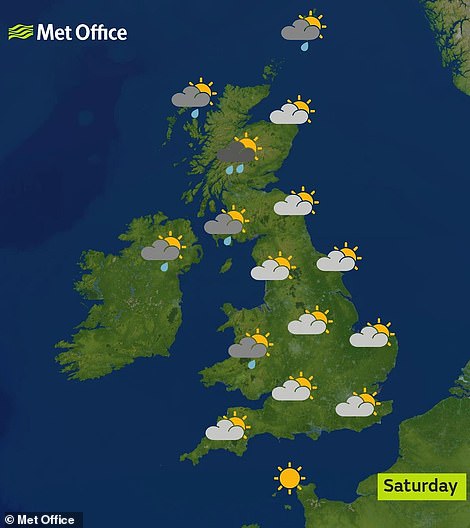 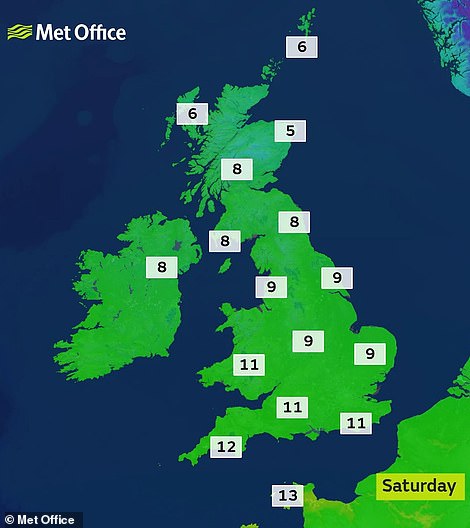 Over the weekend, including tomorrow, there are likely to be bands of showers moving across the UK and some sunny spells 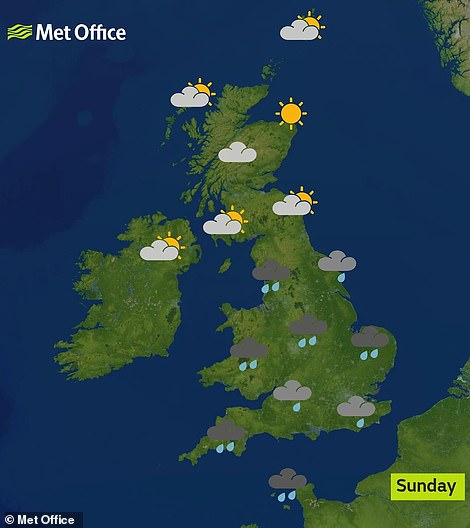 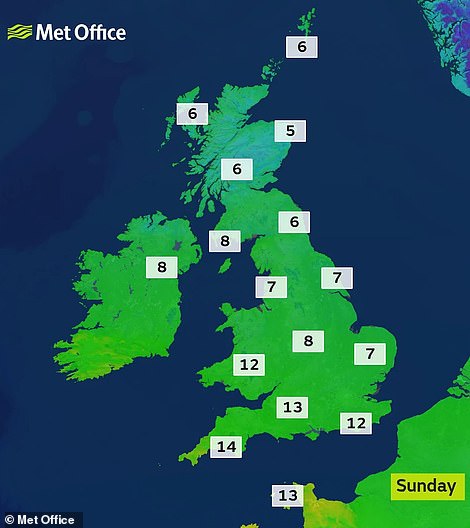 An unsettled spell with showers, some heavy and squally, will be seen on Friday – ahead of a dry and cloudy Christmas

The settled conditions through Christmas itself is set to continue into the second half of the week and up to New Year, although northern areas could have showers or longer spells of rain.

Frosts are also possible in the north where there are any breaks in the cloud.

The last official white Christmas was in 2010, when snow was widespread across Northern Ireland, Scotland, parts of Wales, the Midlands, north-east and far south-west England.

Technically, 2015 was also a white Christmas in the UK with 10 per cent of weather stations recording snow falling, however none reported any snow lying on the ground, the Met Office added. 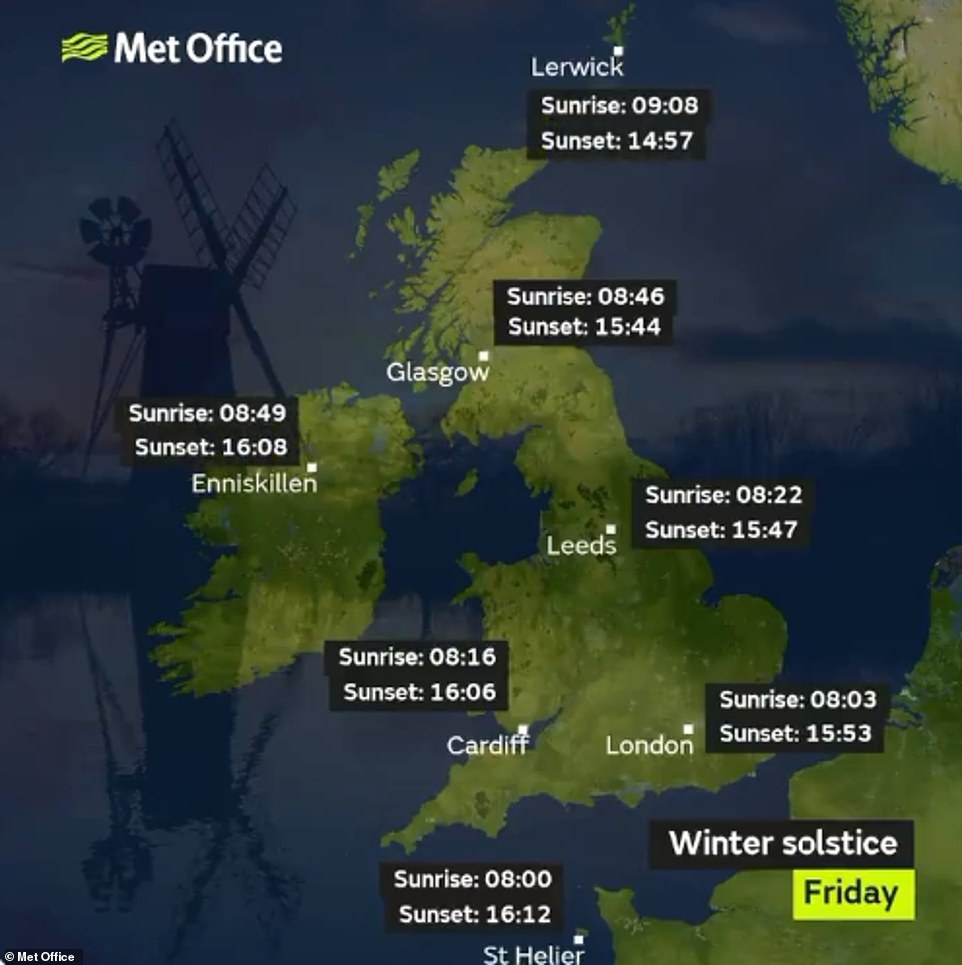 The shortest day of the year was marked today with events and activities. The sun sets in London this afternoon at 3.35pm

In its long-range forecast covering the beginning of January, the Met Office is predicting a north-south divide.

Drier conditions are set to prevail in the south, but more unsettled weather is likely further north, including some snow on hills.

Its forecast said: ‘At the start of this period it is most likely that southern parts will be mostly dry, whilst further north it should be more changeable with spells of rain.

‘The weather will probably turn more unsettled for a time during early January. Showers or longer spells of rain, along with strong winds, are likely to affect most parts with some hill snow in the north.

‘Further into January, there is an increased chance of a colder but drier than average spell, with the potential for snow across many areas.

‘Despite this, some milder, wetter and windier interludes remain possible throughout the period.’