Britain is bracing for the coldest end to winter in five years as the country woke up to -7C (19F) lows today before London is hit by up to four inches of snow on Monday.

Temperatures could fall even further to -10C (14F) this weekend in parts of the country as freezing air from Russia dubbed the ‘Beast from the East’ arrives from Sunday night and snow hits eastern England first.

The Met Office has joked that spring is now ‘postponed’ due to the chill arriving from the east just before March 1 – the first day of the meteorological spring – and forecasters are warning of ‘unusually cold’ weather. 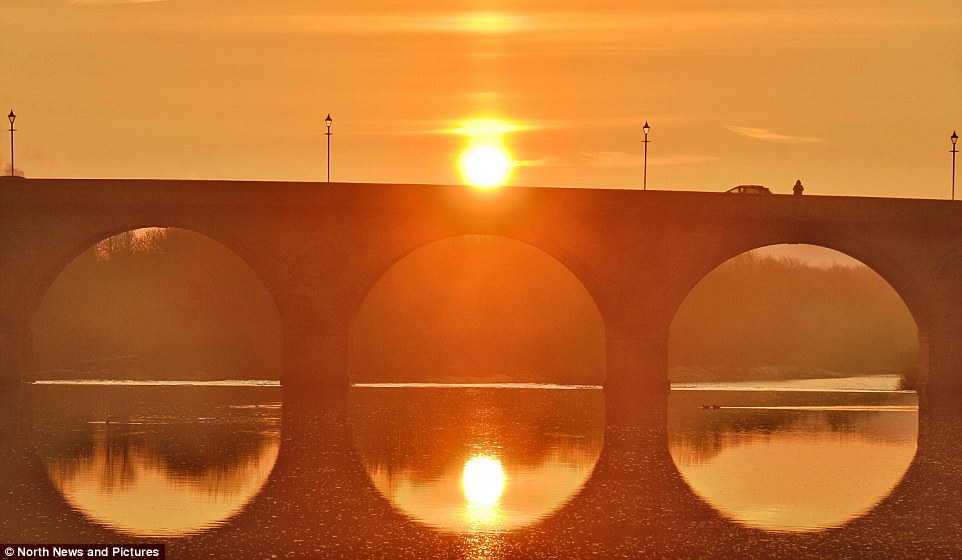 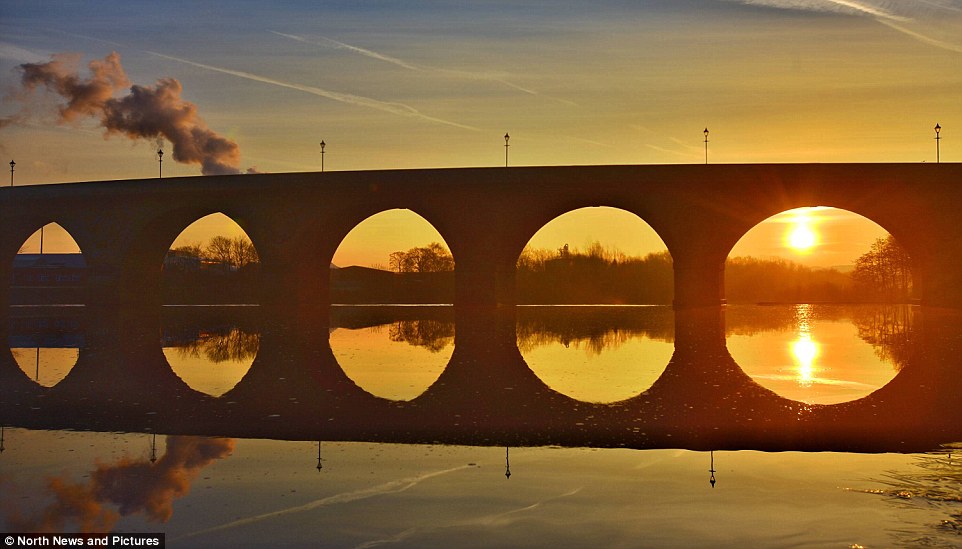 A weather warning has been activated for the South East of England for Monday, amid expectations of snow showers becoming persistent from late afternoon, before continuing overnight and throughout Tuesday.

The Met Office has warned of the possibility of road delays, stranded vehicles and disruption to planes and trains, along with rural communities potentially being cut off, power outages and loss of mobile phone signal.

The snow showers are expected to become aligned into bands pushing into the South East, with accumulations of between 2in (5cm) and 4in (10cm) possible – although the exact locations and timing are still ‘very uncertain’.

A further warning covering the rest of Britain’s eastern coast for Tuesday has warned of ‘showers or longer periods of snow’, adding that ‘showers will bring a large variation in amounts of snow across even small areas’. 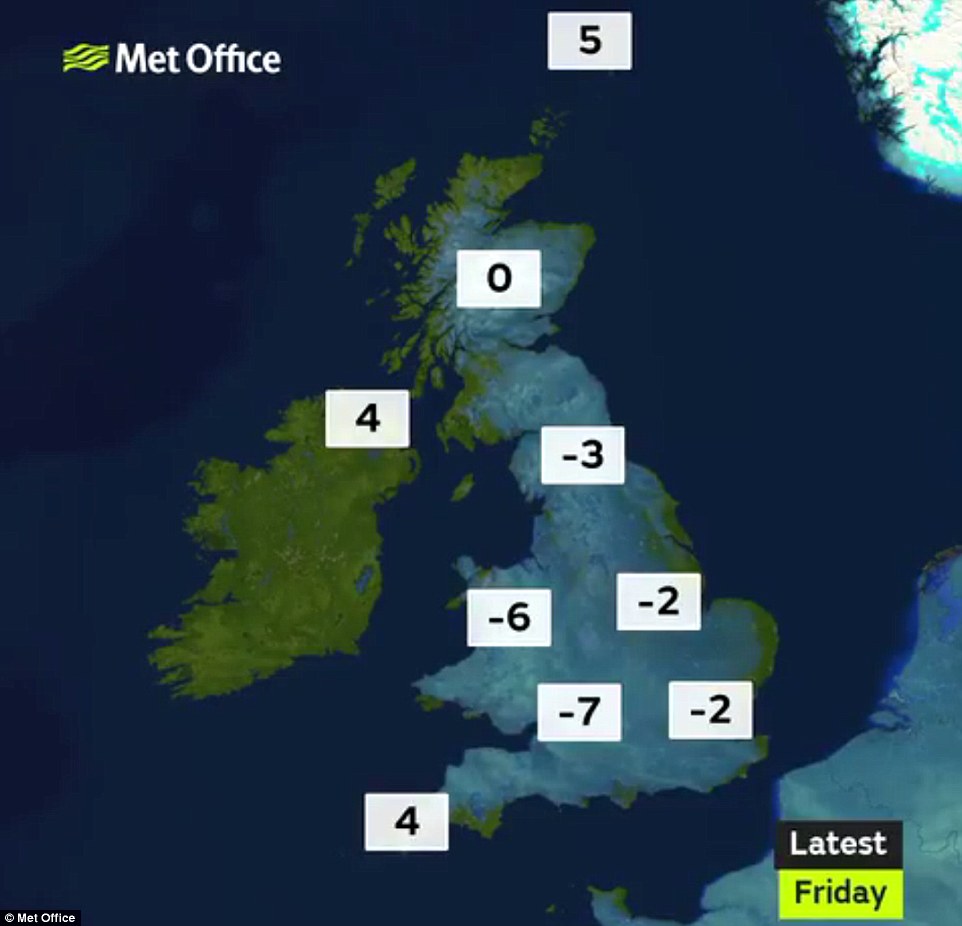 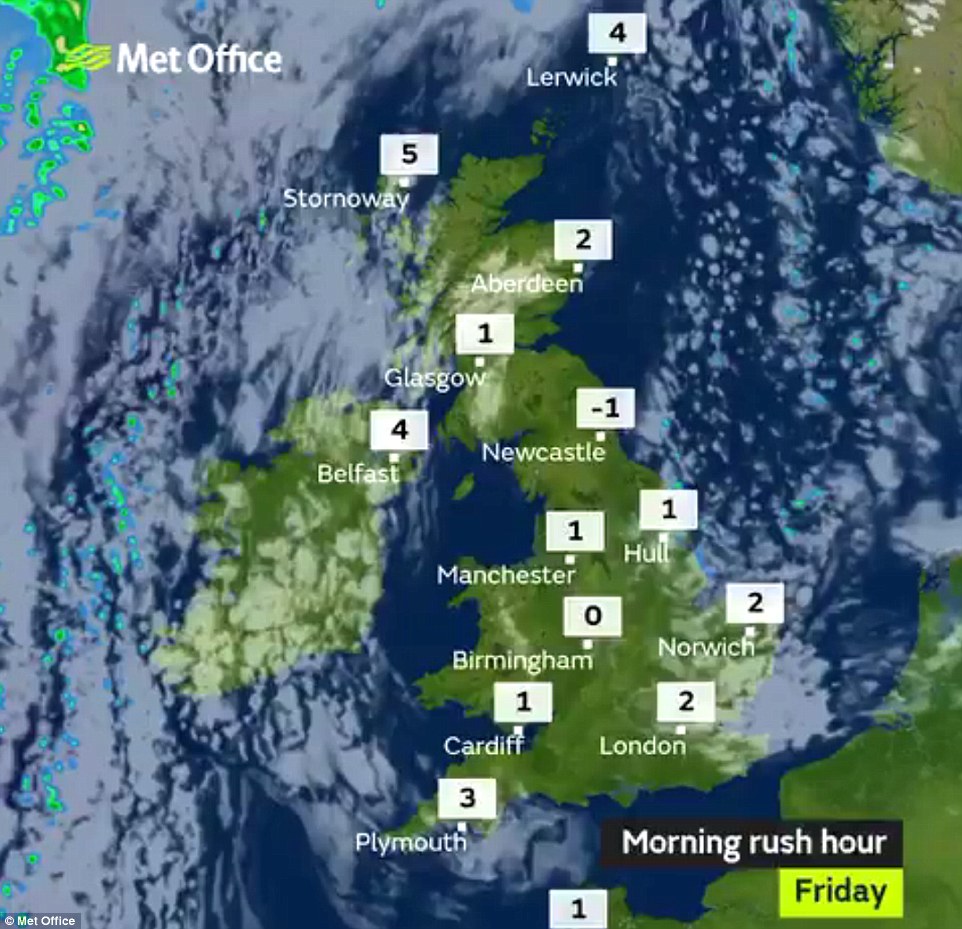 Met Office meteorologist Martin Bowles said the mercury will drop to as low as -5C (23F) in London on Sunday night. Temperatures of -8C (18F) are expected widely across the rest of the UK, with -10C (14F) in Scotland.

‘We haven’t had temperatures that low in late February since 2013. It’s not unheard of. There are records that are lower than that. But it is quite unusual, particularly as it’s quite late in the season.

‘We refer to March 1 as being the first day of spring and of course March 1 will be right in the middle of this cold spell, so spring will be postponed for a couple of weeks, shall we say.’ 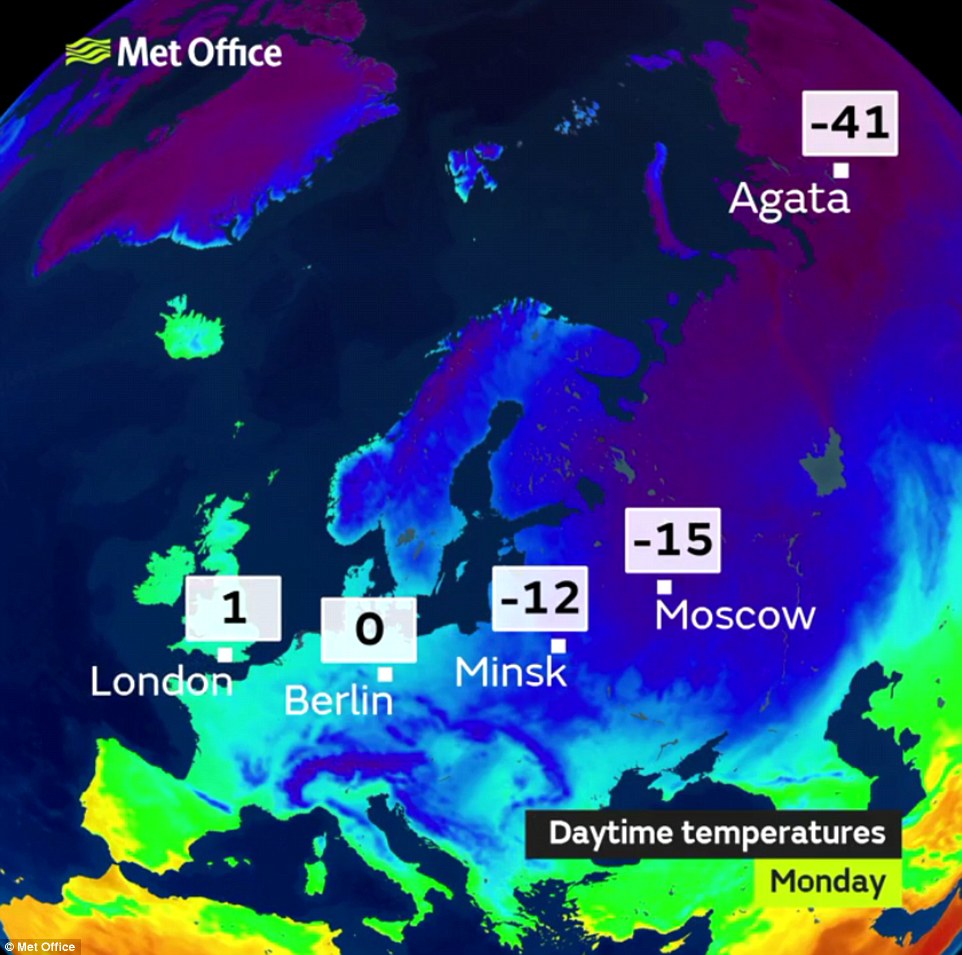 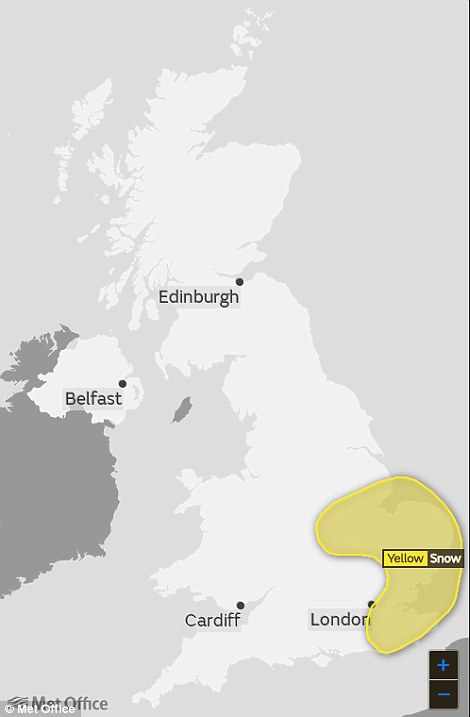 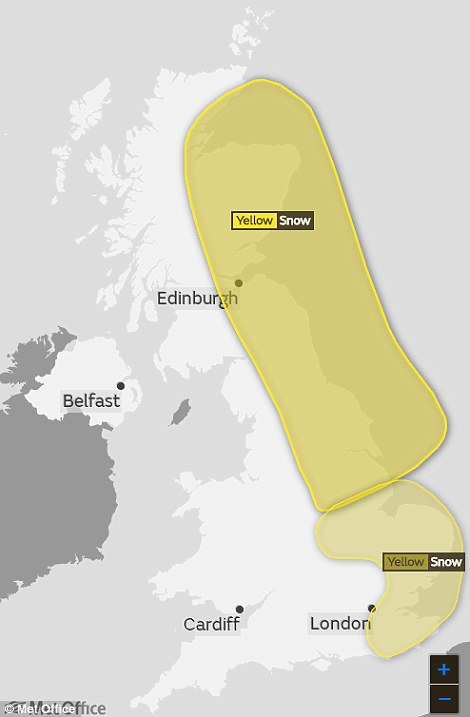 The Met Office has issued snow warnings for Monday (left), in the South East, and Tuesday (right), covering the eastern coast

During the day on Monday, temperatures of 1C (34F) and 2C (36F) are expected across much of the country, while Northern Ireland will escape the worst of the cold due to its western position.

The coldest March on record was 1962, when overall day and night temperatures averaged 1.9C (35F). The long-term average March temperature is 5.5C (41.9F), according to the Met Office.