UK weather: Ice, snow and floods will sweep in from Siberia

Parts of Britain will be hit by two inches of rain and 60mph gusts today ahead of a further chilly blast on the way that will see temperatures feel as cold as -7C (19F) this weekend.

It may be the middle of March, but cold air is sweeping in from Siberia and Scandinavia over the next few days – bringing more ice and snow along with bitter easterly winds, and Sunday is expected to be worst hit.

The Met Office is set to issue weather warnings for snow over large swathes of the UK. Forecasters are predicting further snow on hills in northern England on Friday, extending down the eastern side of the country on Saturday. 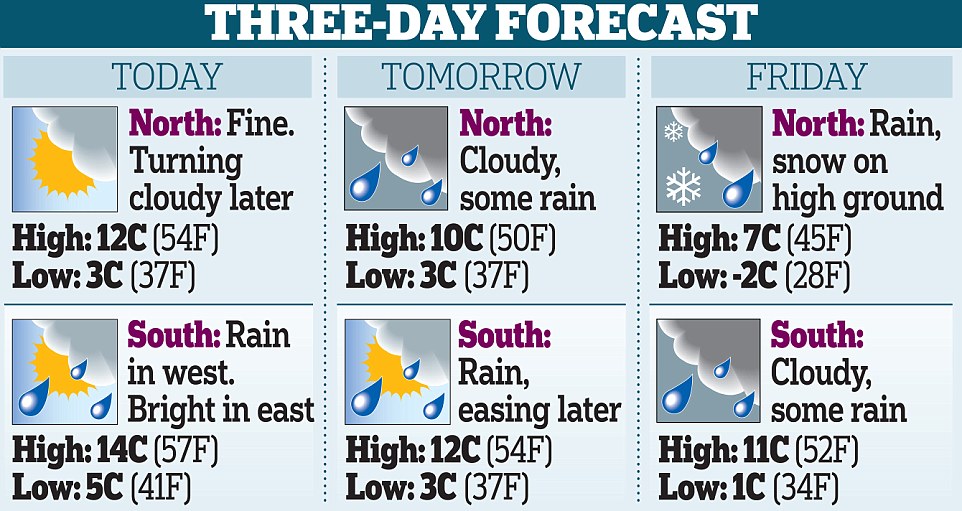 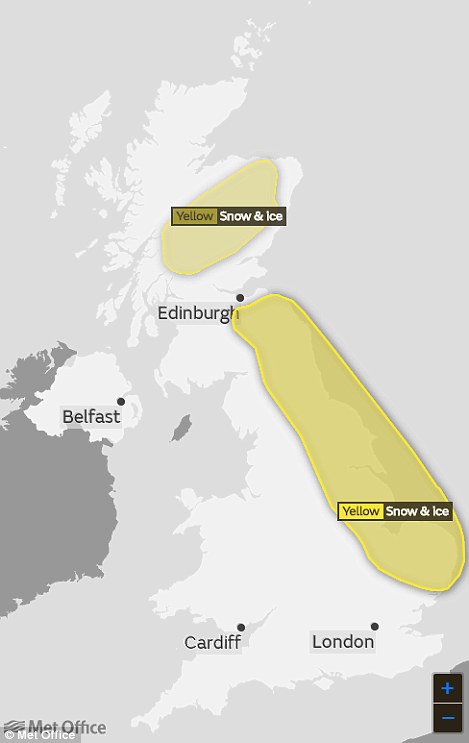 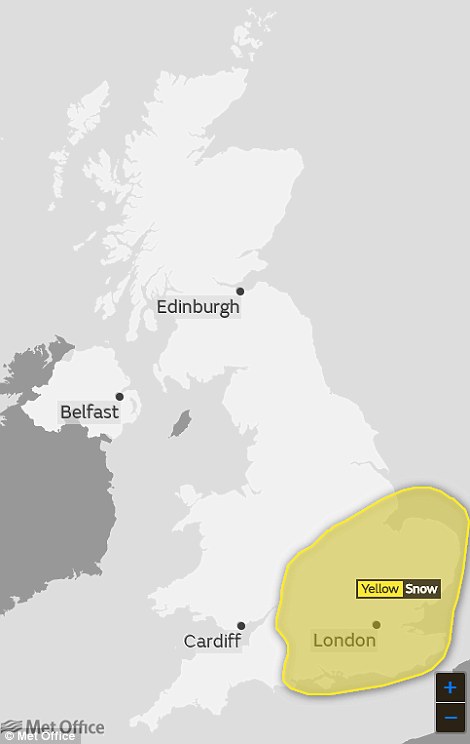 Further freezing weather would come less than a fortnight after the ‘Beast from the East’ brought as much as 1ft 7in of snow and cut off some villages for a week due to 20ft-deep drifts.

Met Office spokesman Nicky Maxey said: ‘The cold weather is due to return because of high pressure building over Scandinavia, bringing easterly winds from the continent. The circumstances are similar to those which brought the Beast from the East but it’s unlikely to be as cold because we’re in the middle of March.’

Miss Maxey said the first snow could arrive on high ground in the North due to a band of rain hitting the eastern side of Britain on Friday. Saturday is expected to see wintry showers being blown in from the North Sea.

‘On Sunday, the chance of snow could be more widespread, extending across the country, and temperatures could fall to 3C (37F) even in London. Wind chill will make it feel colder,’ she added.

The Met Office’s long-range forecast states that it will turn ‘very cold through Sunday and Monday with widespread, locally severe, frosts overnight’. It adds: ‘There will be quite frequent snow showers for a time across central, eastern and south-eastern parts, with a few showers reaching the West.’ 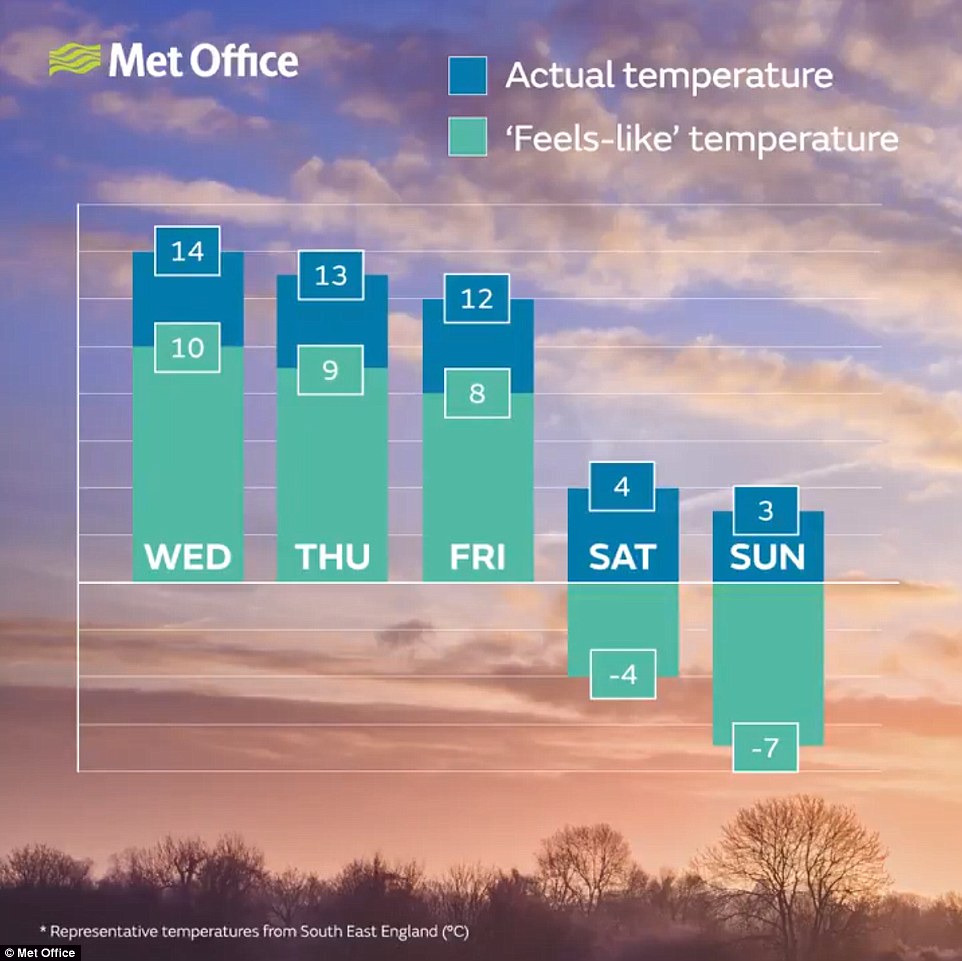 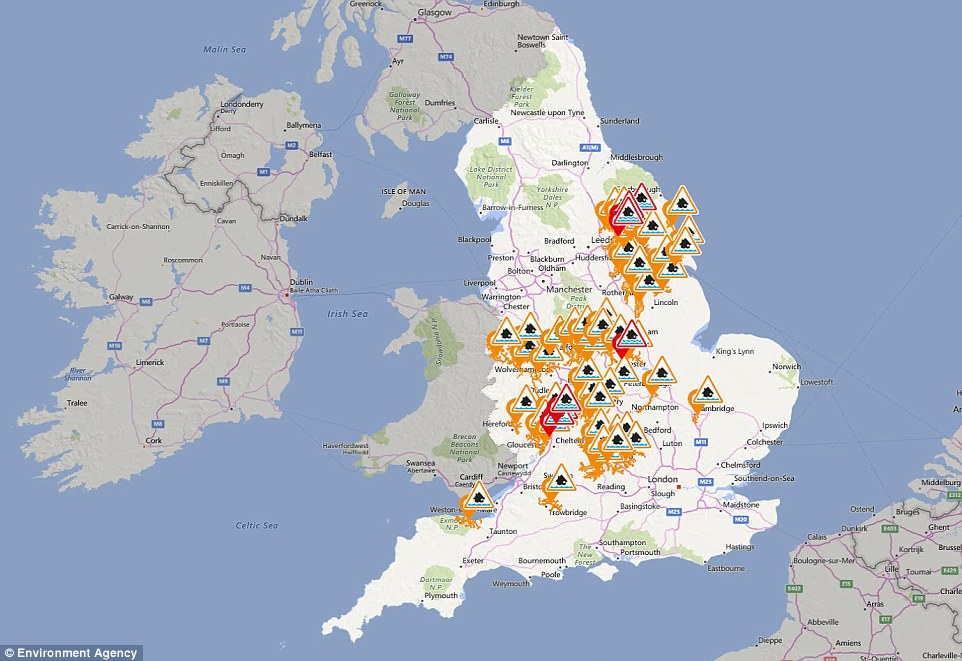 Later next week, forecasters say ‘the brightest and driest conditions (are likely) in the North West, but probably extending across other parts, with snow showers confined to the South East.’

Before then, warnings have been issued for flooding in South West England, where up to 1.6in of rain is expected. The Met Office says possible flooding and travel disruption are likely. Winds of up to 60mph are also expected.

Meanwhile wet weather is forecast for 24 hours from noon today in Northern Ireland, where up to 2in of rain could fall in the mountains and 0.6in to 0.8in elsewhere.

During the Beast from the East earlier this month, thousands of schools were closed, British Airways cancelled hundreds of short-haul flights from Heathrow, and London City Airport also scrapped many of its services.

Experts have been quick to point out, however, that although bitter easterly winds will see temperatures plunge and may herald some snow, the effects will not match the impact of two weeks ago. 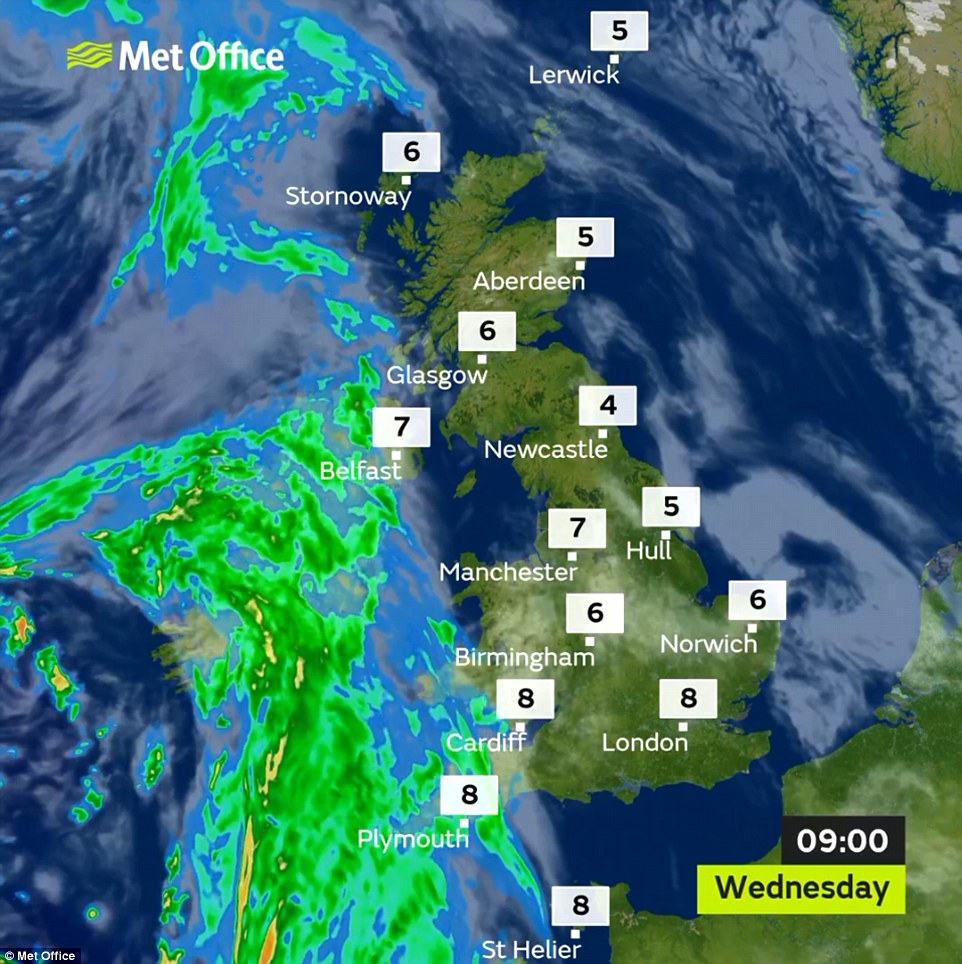 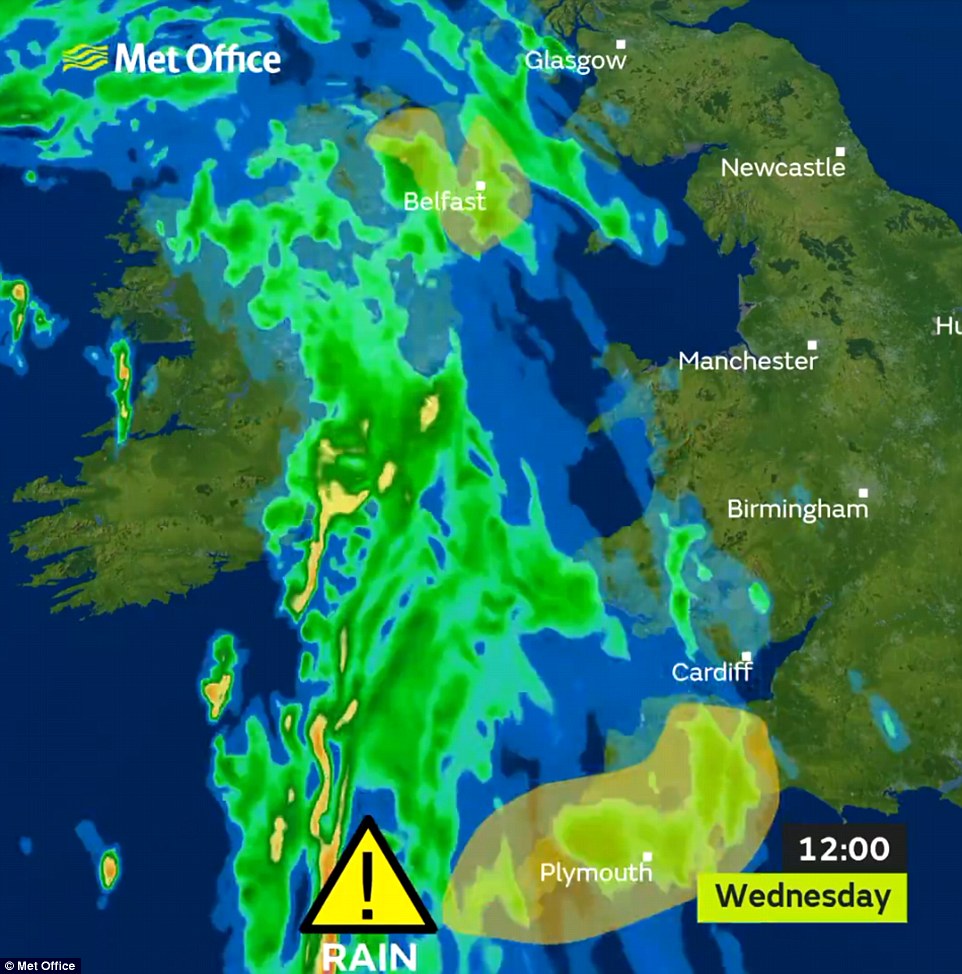 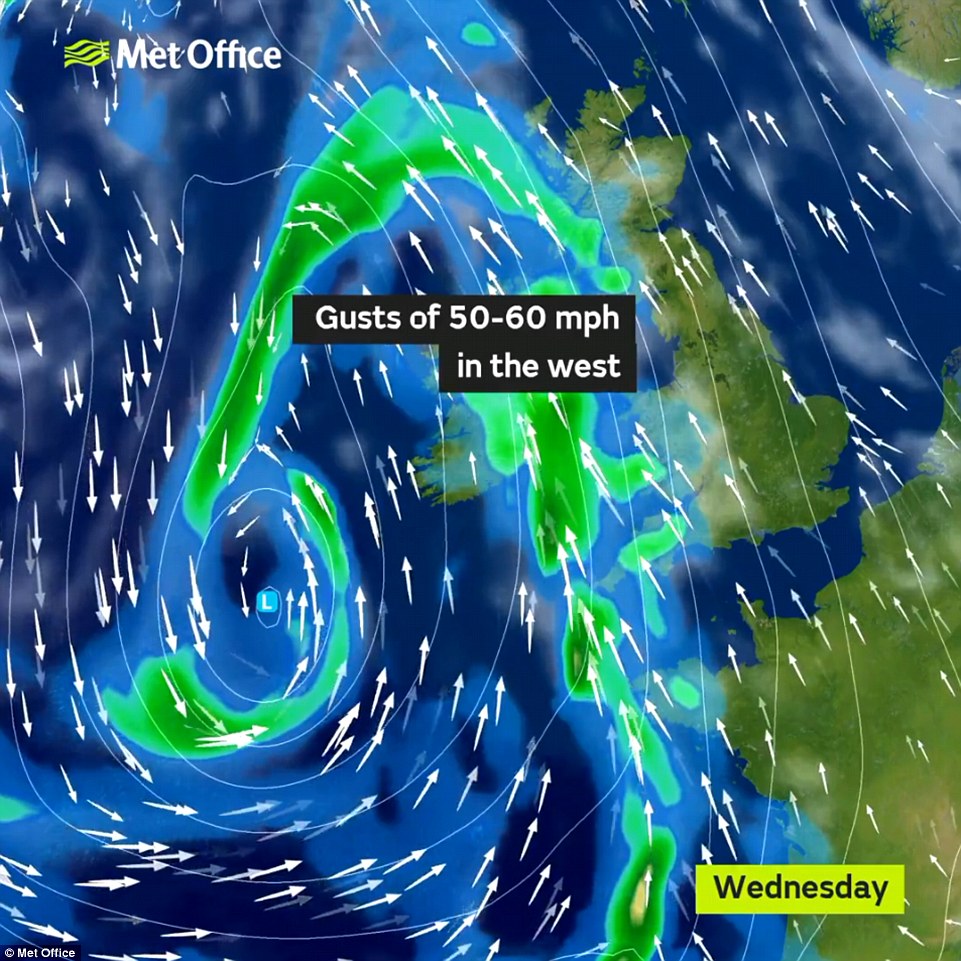 Speaking to the Scottish Daily Mail, Ms Maxey added: ‘The last time the snow fell, it was the Central Belt of Scotland which saw some of the heaviest snowfall. This time, it could be the South East of England.

‘We are all going to feel it a lot colder, there’s no doubt about that. What there is less confidence on – as our weather models are in disagreement – is where snow is going to fall and how much each area is going to get.

‘Forecasters seem to be in agreement we are going to have lighter snow showers on Saturday, with heavier snow on Sunday down to even low levels.

‘Temperatures in Edinburgh will be down to 3C by the weekend, when the city will suffer from wind chill due to its location on the North Sea. This means that, due to the cold air coming from the East, it will feel like -4C or -5C.’

She explained there are a number of reasons why we will not see a repeat of the conditions which triggered an unprecedented red warning for snow in Scotland. 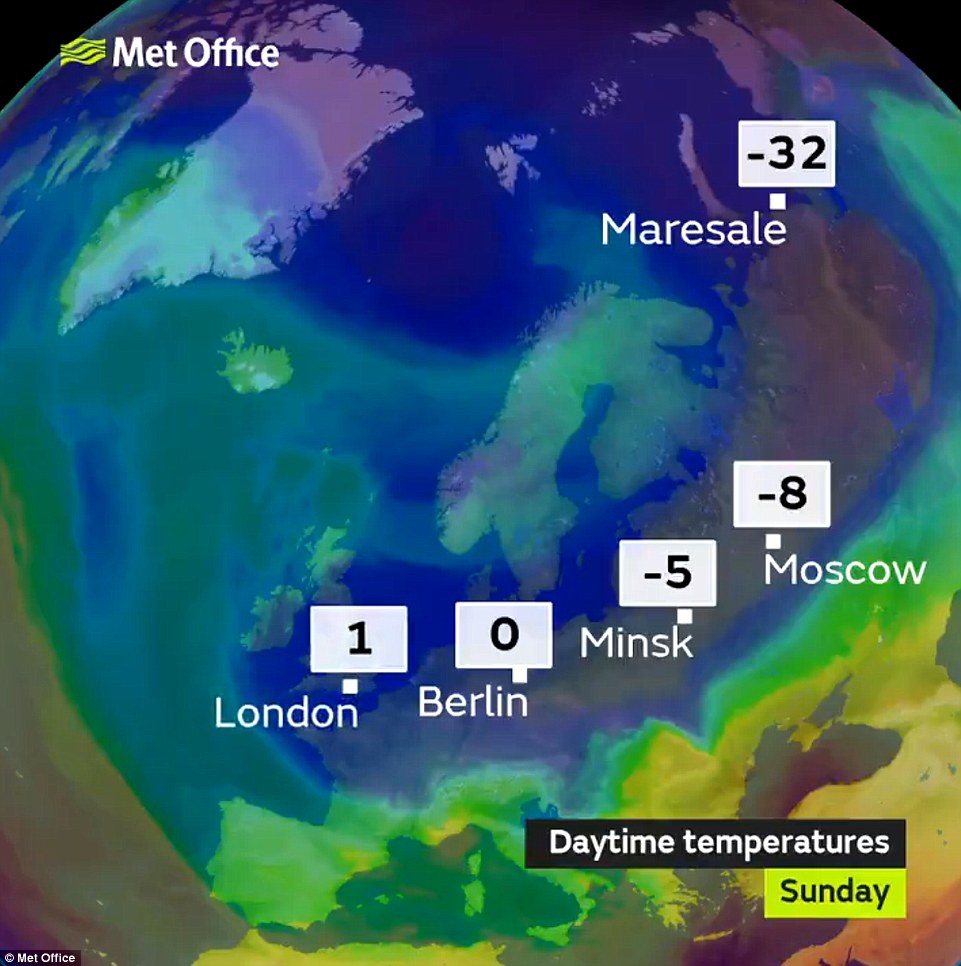 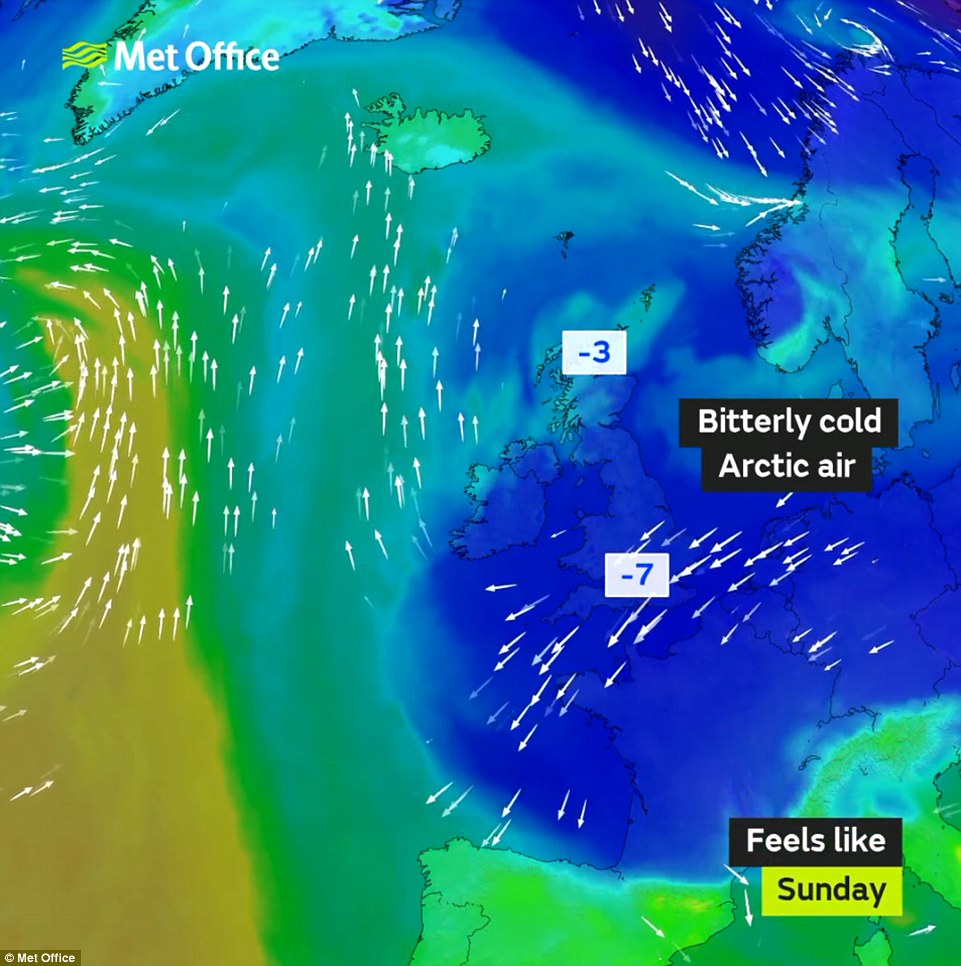 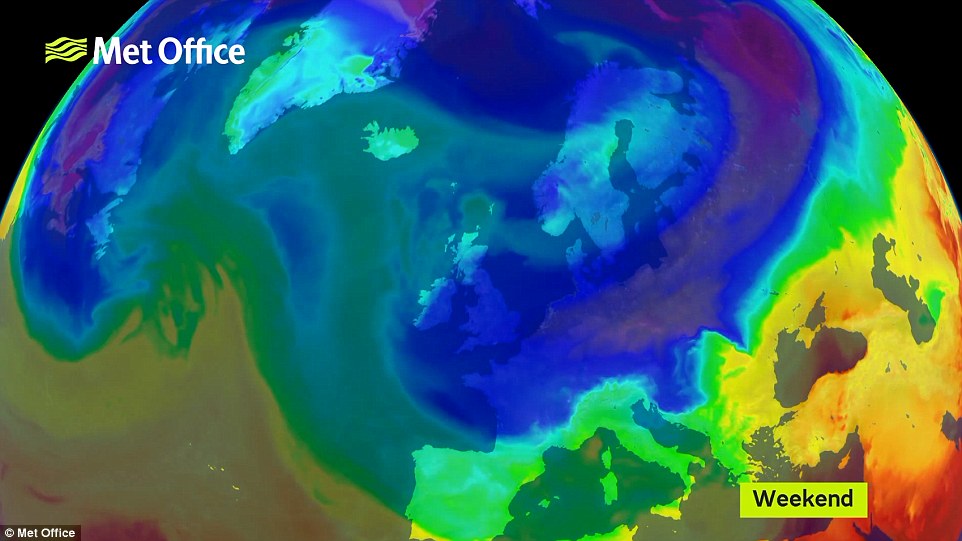 She added: ‘It is a statistical fact that you are more likely to see snow in March than you are in December. This is the second belt of air from the east this month, which is in itself unusual.

‘But the reason we won’t get it too bad this time round is because we are two weeks further on from the last big falls and are almost at mid March. This means the ground is warmer, daylight hours are longer and sunshine is stronger. These are conditions which are less favourable for big accumulations of snow.

‘What we will see is overnight frosts in Scotland, on Friday night into Saturday, Saturday into Sunday and Sunday into Monday. Cold air will stay with us until Tuesday, when we expect to see temperatures on the rise again.’

The Beast from the East Siberian storm cost Scotland’s economy an estimated £250million in lost work and sales. Hundreds of thousands of Britons faced days of blocked roads, closed airports and cancelled trains.

Police Scotland said that between 8am on February 28 and the next morning, control room staff answered 8,272 weather-related calls. Major roads such as the M80 ground to a halt, with motorists finding themselves trapped.