Parts of the Somerset Levels have flooded for the first time this year after the area was hit by a week’s worth of rainfall in one day.

The area covering 160,000 acres – which suffered devastating flooding in early 2014 that left villages cut off – remains under a swathe of flood alerts, with villages around rivers including the Brue, Yeo and Parret on watch.

Further rain and strong winds are expected across South West England again tomorrow, although there is better news for the South East where temperatures could reach an unseasonably warm 15C (59F).

The Somerset Levels, pictured today, have flooded for the first time this year around Langport and Muchelney Abbey 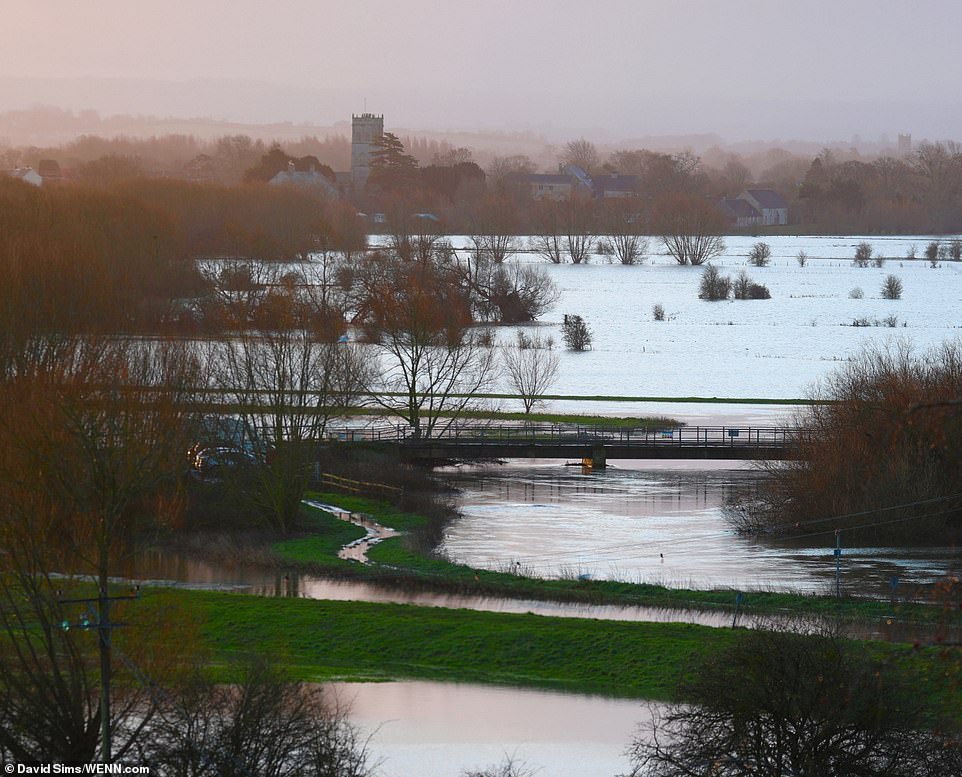 The area covering 160,000 acres remains under a swathe of flood alerts, with many villages around rivers on watch

Met Office forecaster Richard Miles told MailOnline of tomorrow: ‘It’s going to be mild at first – very changeable, sunshine and showers is the order of the day, mild particularly in the South.

‘But there are some frosts likely in Scotland. Friday, particularly in the South West of England and Wales, some quite heavy rain and strong wind on Friday evening and night.

‘The rest of the order of play is really showers, some sunny spells, quite strong winds particularly on the eastern side of the UK on Saturday, and then in the evening on Saturday, windy again in the South West.

‘Then Sunday, kind of cloudier in the south, with more persistent rain, but in the North above the Humber increasingly bright, sunnier with light winds and a few showers.’ 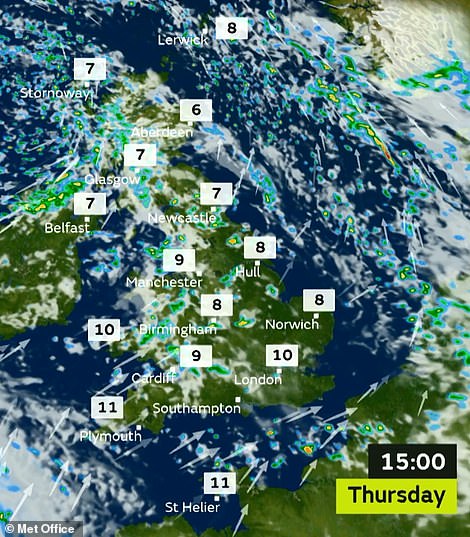 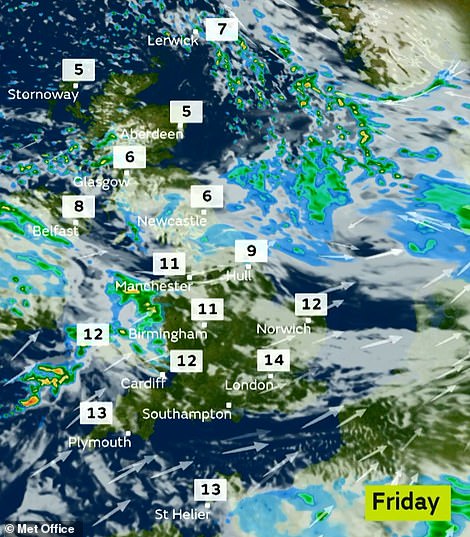 Today could see scattered showers in many parts of the country (left), while tomorrow is looking like a mild day (right) 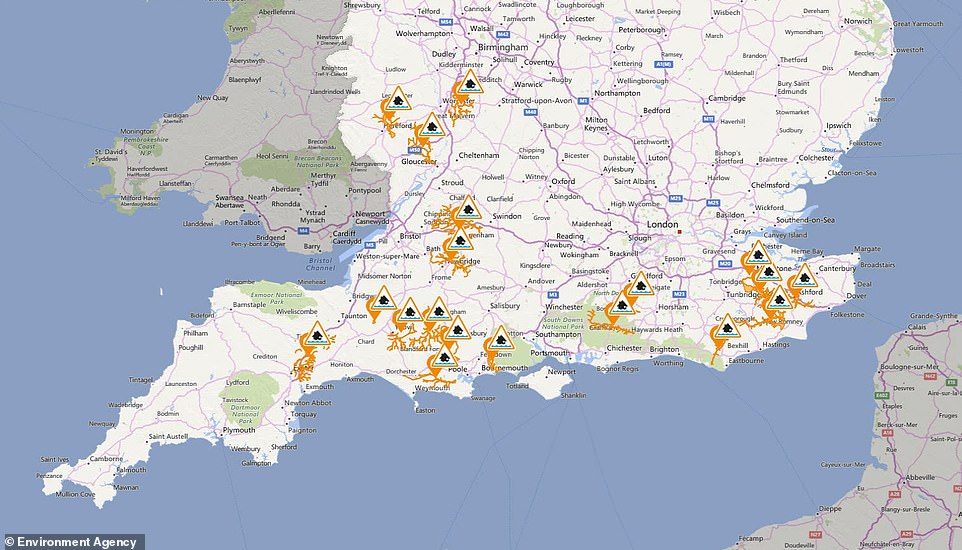 The Somerset Levels is one of the areas on flood alert today, along with parts of Kent, Sussex and Gloucestershire

Forecasters warn 2019 is expected to be one of the hottest years of all time.

The Met Office estimates average global temperatures for 2019 will be 1.10C above pre-industrial levels, putting it among the five hottest years ever. It is close to the record-breaking 2016, when temperatures were 1.15C above the 1850-1900 period.

The Met Office said the highs are the result of climate change caused by greenhouse gases. This summer was the UK’s joint hottest on record, with the year’s average temperatures about 0.96C above pre-industrial levels.

Dunkeswell Aerodrome in Somerset experienced 27mm (1.1in) of rain in 24 hours when the area was under a Met Office warning on Wednesday – nearly a quarter of its expected monthly average of 121mm (4.8in).

Today will be mostly cloudy with scattered showers in the West, but these may merge to form longer spells of rain in the North West this afternoon.

Later on this evening, there will be clear spells and showers for central, northern and eastern areas, but more widespread rain in the South West. Through the night, the rain will spread north-east across much of England and Wales, and also reaching Northern Ireland by dawn.

Tomorrow there will be rain for many parts in the early morning, some of which will be heavy. It will then become dry and bright in the south for a time. In the afternoon, it will turn mostly cloudy once more with showers affecting central and northern areas.

Saturday will be mostly dry with sunny spells, although there will be more cloud with a few light showers in the North West. Then Sunday is expected to be grey and overcast with outbreaks of rain for most – and the rain will become showery in the north in the afternoon.