But the weather in the UK has taken quite a turn today with daytime temperatures cut in half,and torrential downpours set to sweep across the country, bringing an abrupt end to sweltering heat and clear blue skies.

Temperatures have dropped from about 30C (86F) to 15C (59F) in some areas, and there could even be a touch of frost in the North later in the week. Last night, the mercury plummeted to just 2C (36F) in Aboyne, Aberdeenshire.

Among the areas experiencing a huge drop in temperatures today is Frittenden in Kent, which was the hottest place in Britain yesterday with a reading of 29.3C (85F). 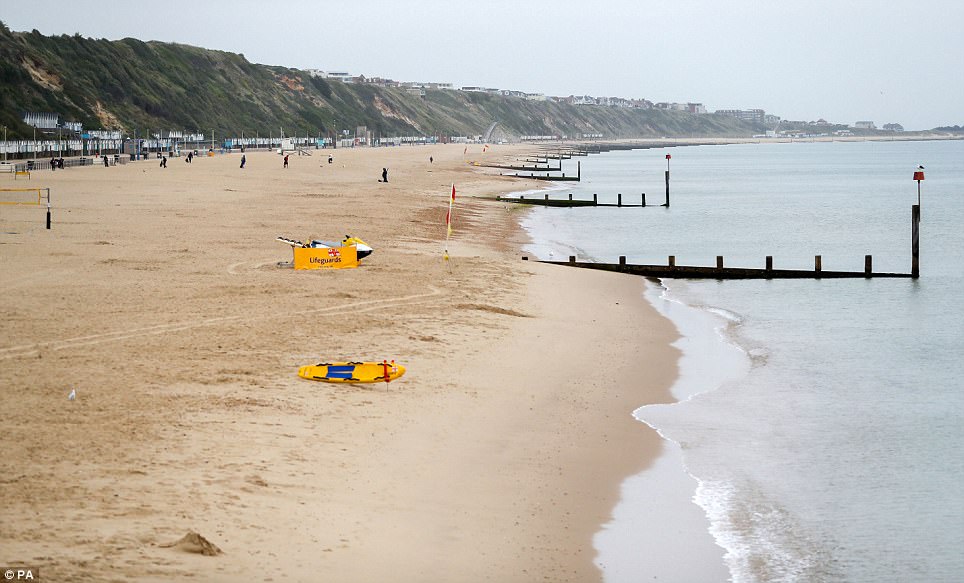 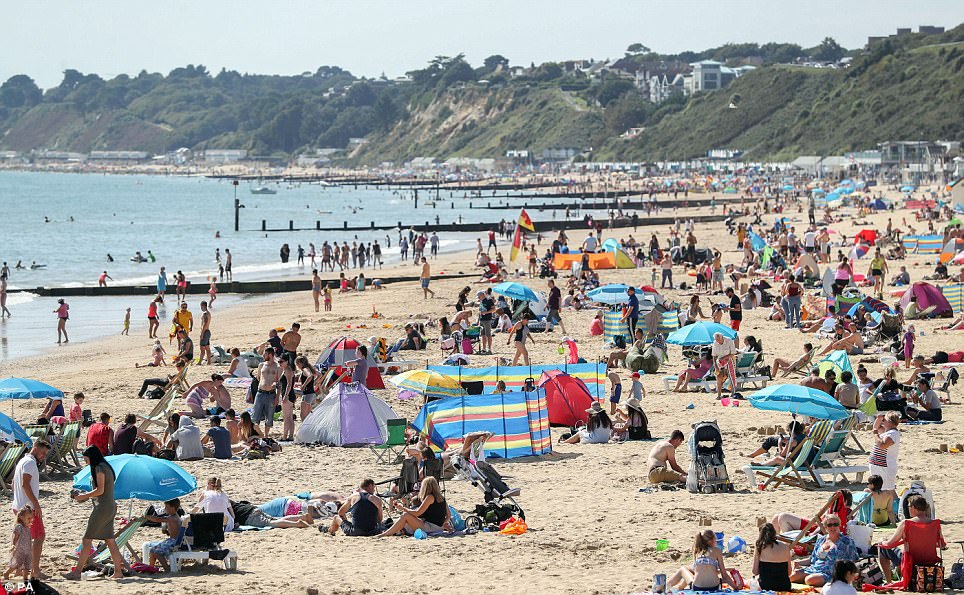 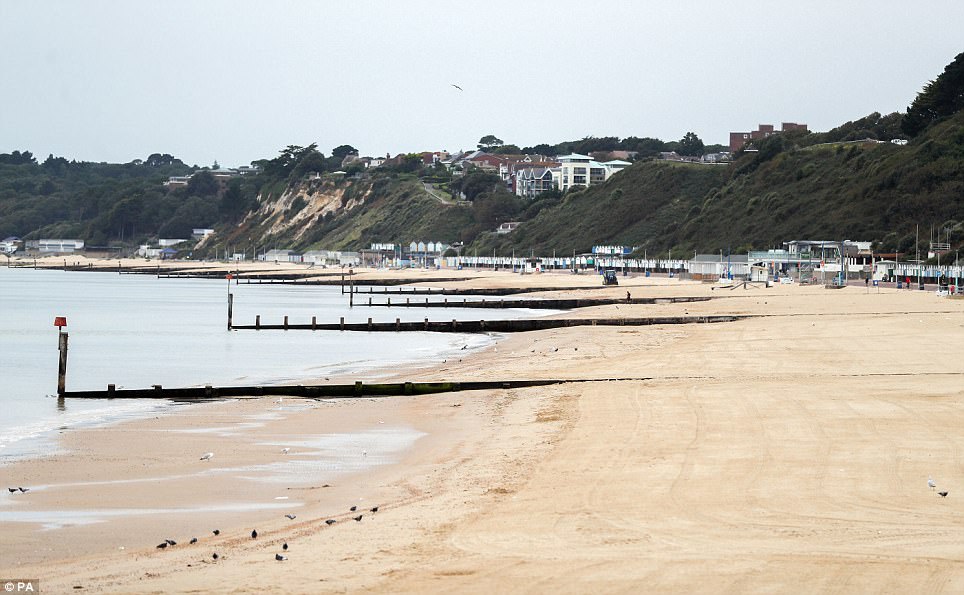 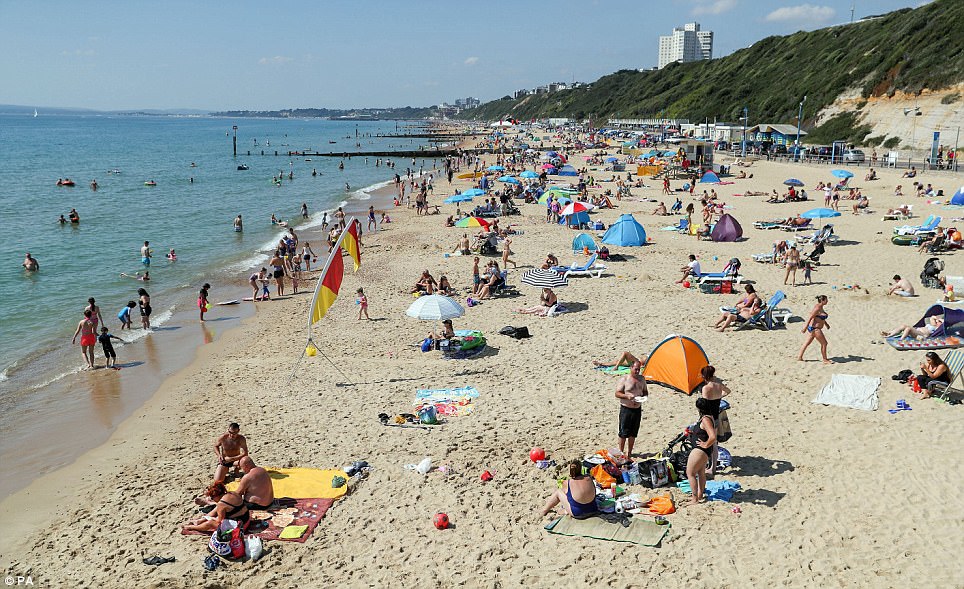 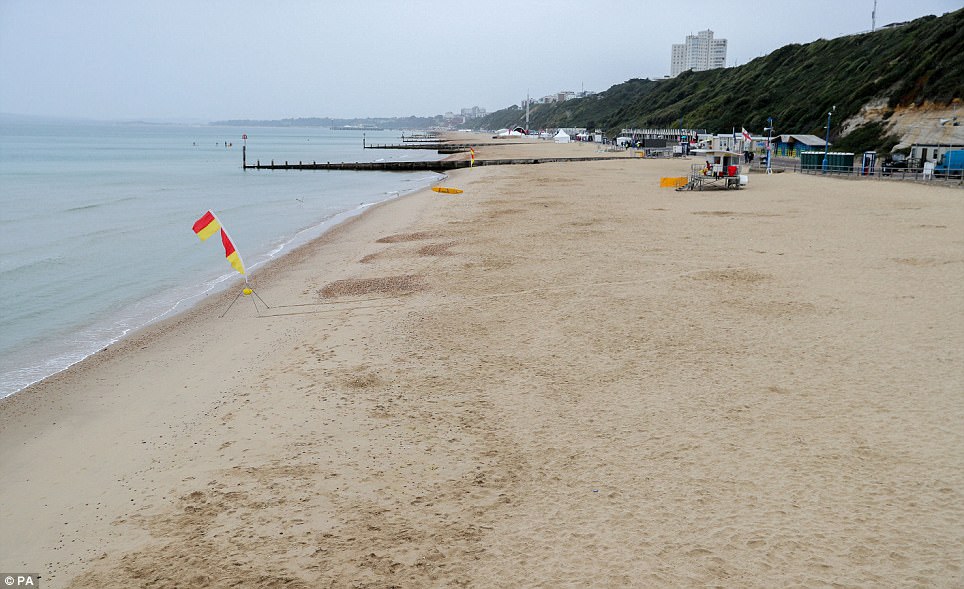 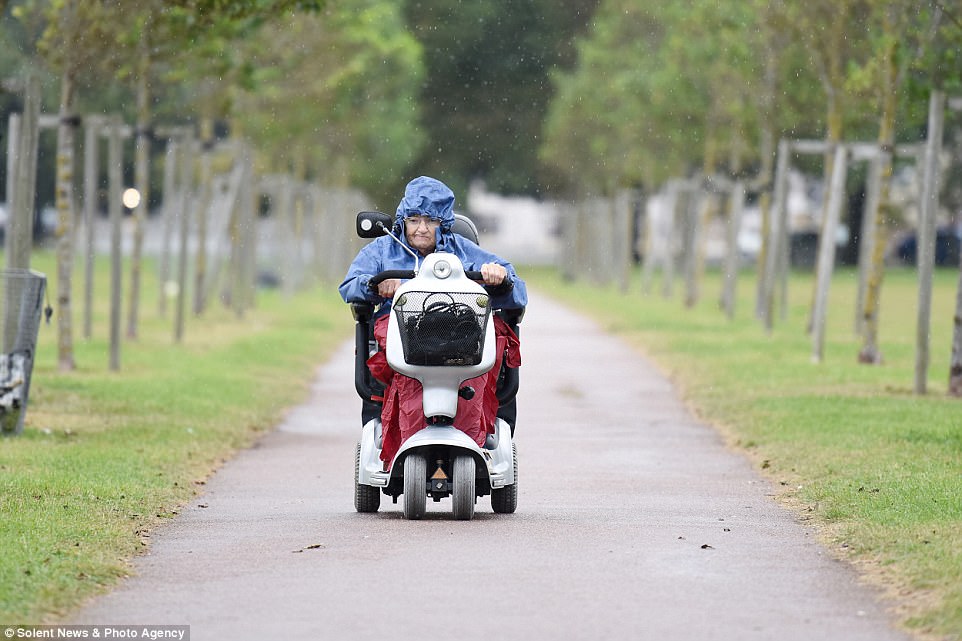 A woman wears a raincoat as she drives her mobility scooter through a downpour this morning in Portsmouth, Hampshire 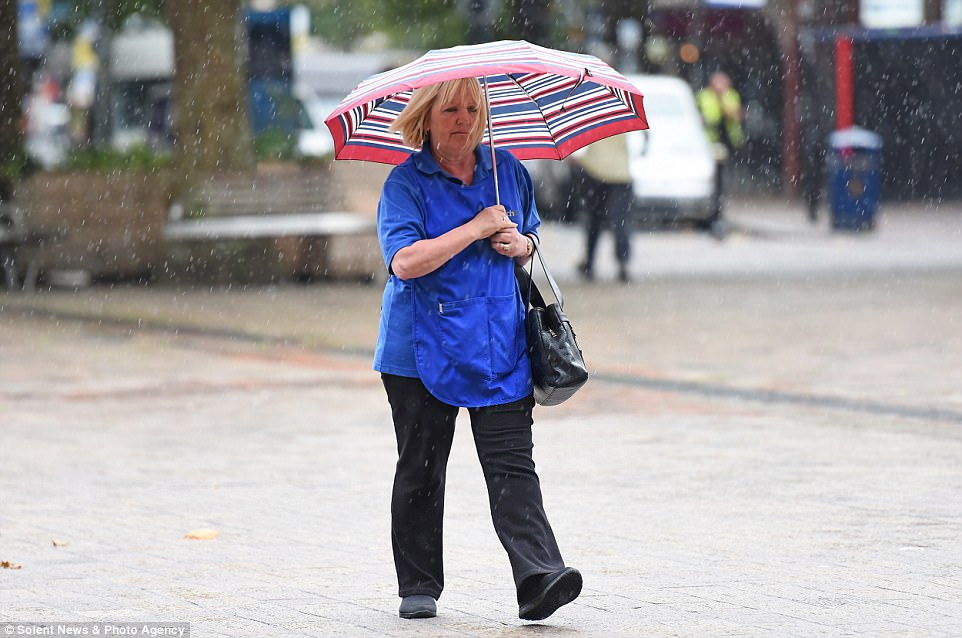 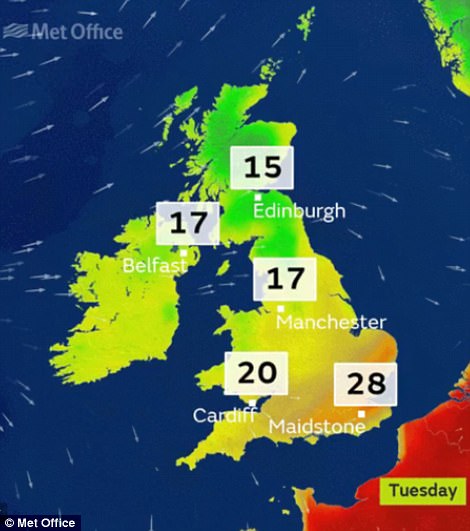 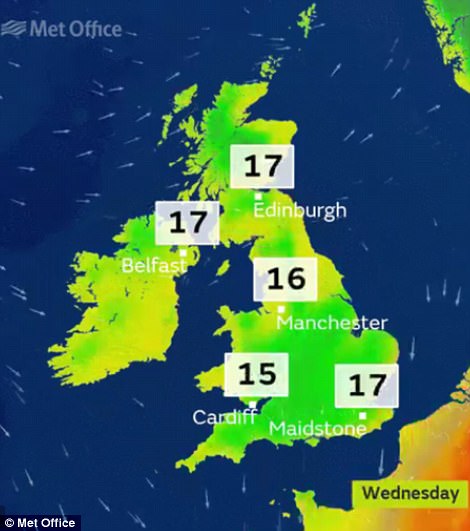 This helped make yesterday the hottest day of August so far – but the same area is only expected to get to 15C (59F) today, representing a remarkable turnaround in the weather in less than 24 hours.

It saw sun seekers flock to Britain’s coastal hotspots – while holidaymakers in the Mediterranean hid under umbrellas as storms hit the Spanish coast.

But the mercury is predicted to drop to the mid-teens over the next few days, with the prospect of some frost in some areas of northern England by the end of the week. 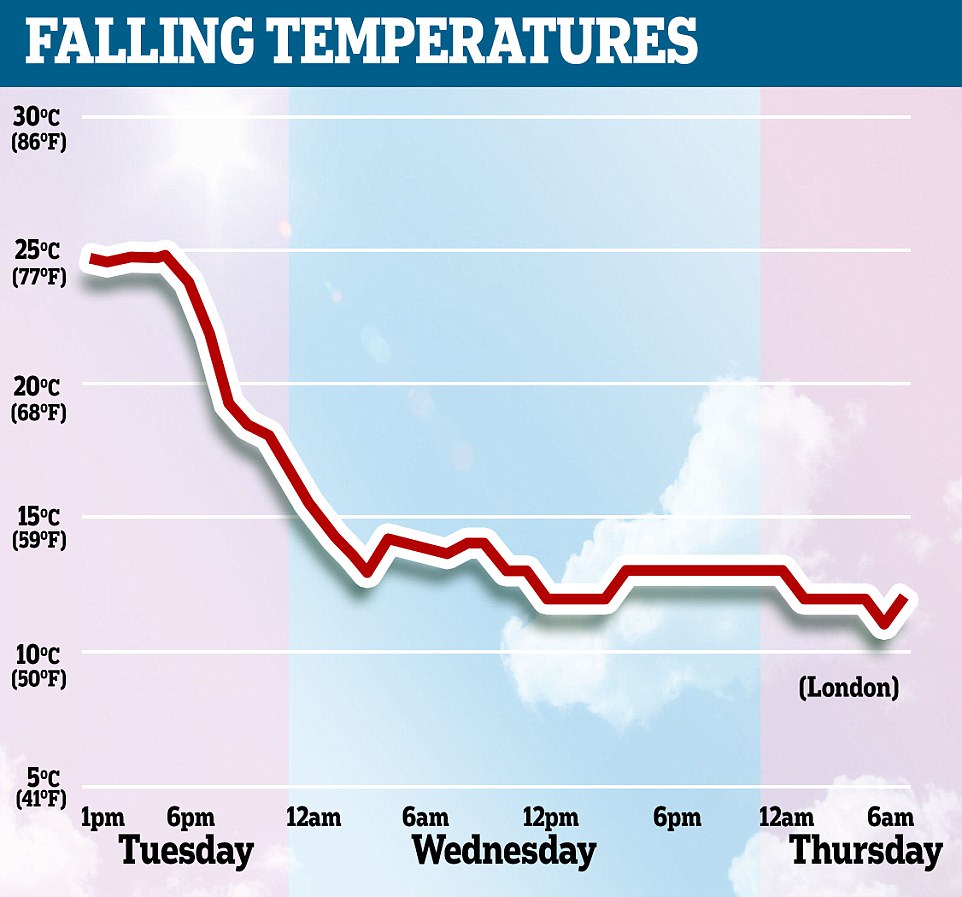 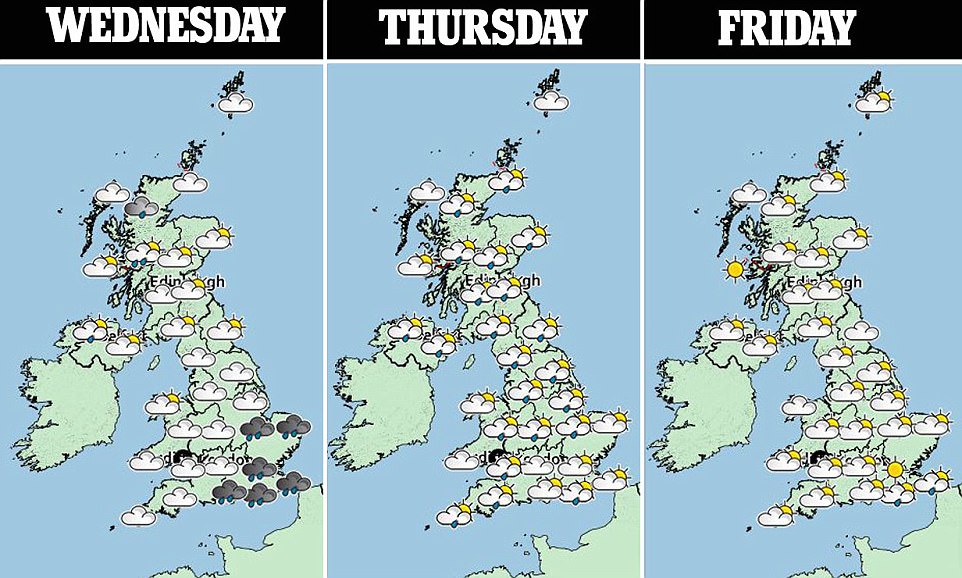 Met Office senior forecaster Marco Petagna, said: ‘There is no sign of any prolonged period of hot weather.

‘Monday was pretty warm but things are going to be turning much cooler, with a three-way split across the country.’

‘There will be scattered showers and it will feel quite breezy – there is even scope for a little bit of frost later in the week.’

Mr Petagna said it would be ‘much cooler’ in the South West of England, Wales and the Midlands due to scattered rainfall and cloudy skies.

In Scotland, Northern Ireland and the North of England temperatures might only reach 15C (59F) to 18C (64F).

But it will be warmer in the South East by the weekend, with temperatures going back into the 20s Celsius. 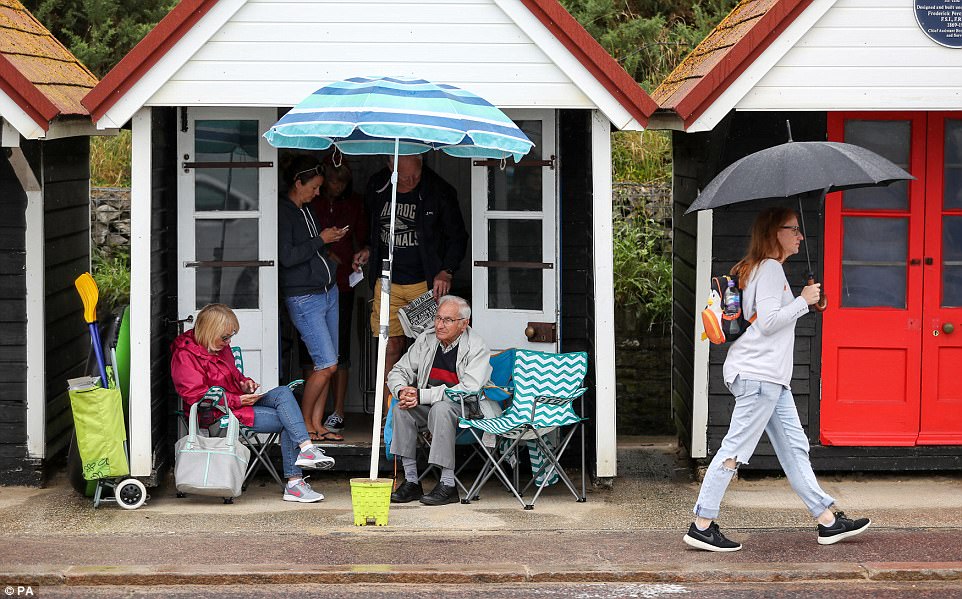 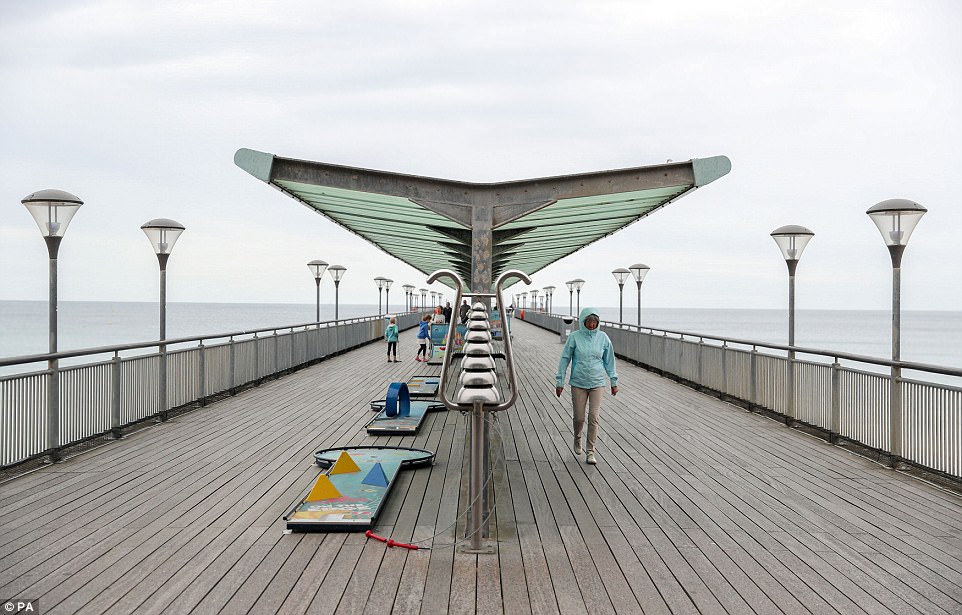 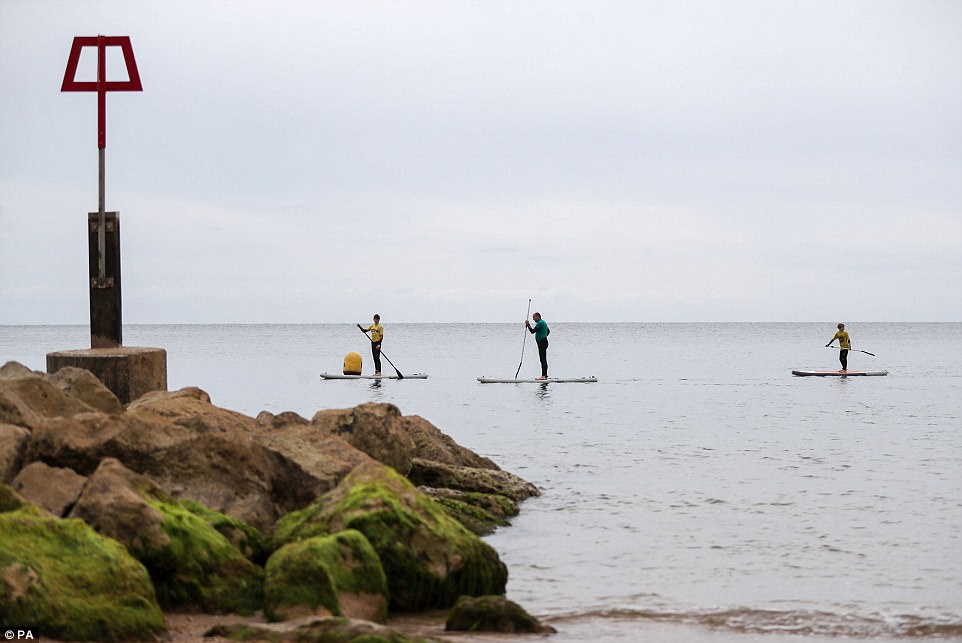 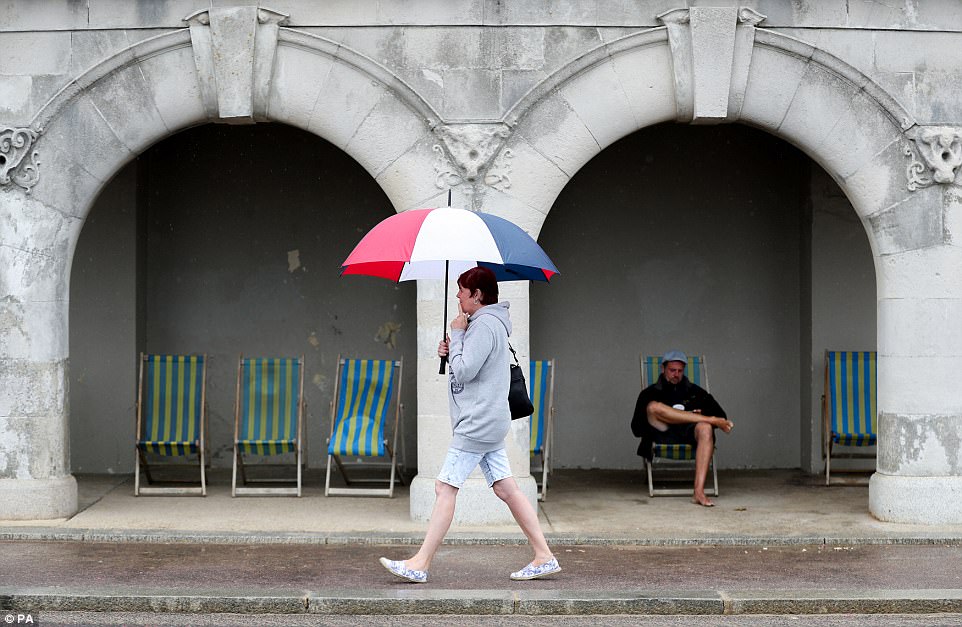 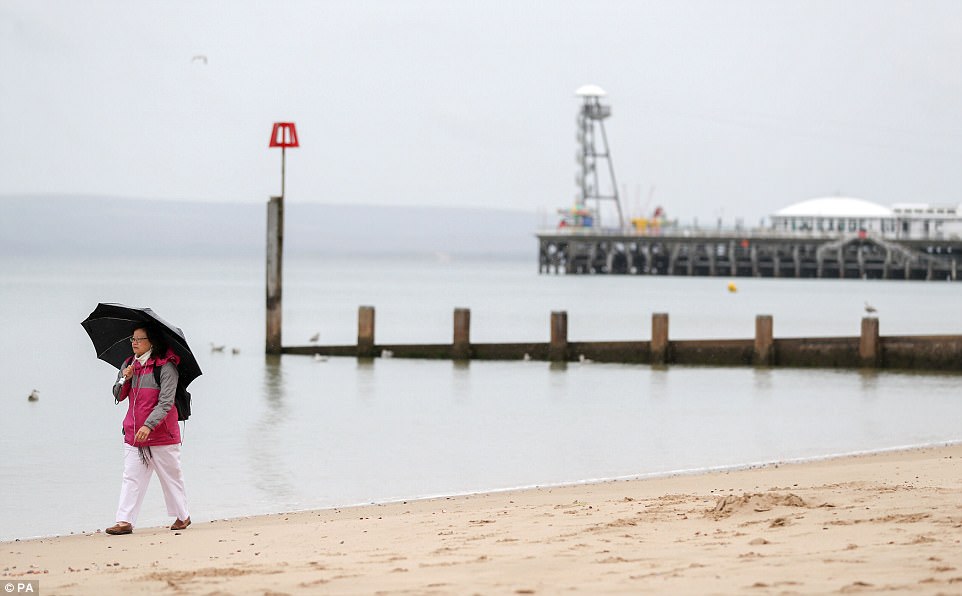 Weather forecaster Meteogroup UK said today will be cloudy throughout southern and central areas of Britain, with a chance of ‘showery outbreaks of rain’.

Showers are expected in the West, but sunny and bright spells are predicted for northern areas.

The company said there would be sunny spells tomorrow, but with possible chances of thundery and heavy showers – particularly across northern and central areas.

The South East is predicted to remain largely dry for tomorrow, but heavy showers might break out across eastern England on Friday.

The West and North look like they will stay largely bright and dry with some sunny intervals.

People enjoy the warm weather on the beach in Broadstairs, Kent, yesterday as temperatures made it up to 85F in some areas 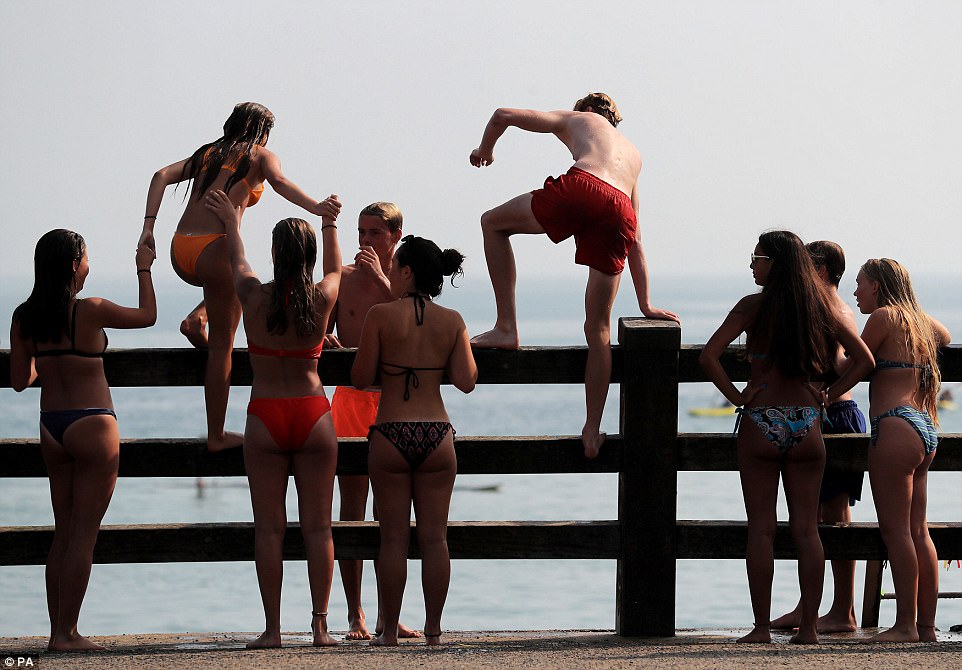 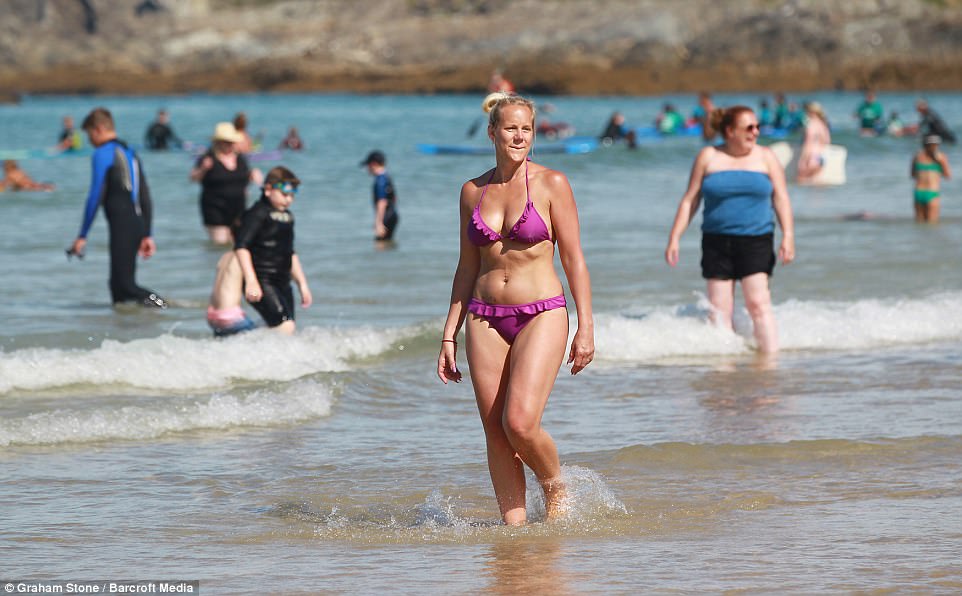 Sunseekers make the most of the Bank Holiday weather on Monday at Fistral Beach in Newquay, Cornwall

She added that the wet weather is set to continue this week, with a risk of thunder, and 0.8in (20mm) of rain predicted to fall in Cumbria in three hours overnight.

Ms Maxey warned: ‘Some of the showers could be quite heavy with a bit of thunder as we go into Friday.’