Not-so-super Saturday! Torrential rain and gale-force winds will batter Britain this weekend as crowds flock to newly-reopened pubs – before UK basks in 75F sunshine next week

Cloud, rain and gale force winds are expected in Britain this weekend as lockdown restrictions ease – making beer gardens and outdoor restaurant tables a rather uninviting prospect in many areas.

Tomorrow is set to be mostly overcast across the country, with yet more rain in Wales, the Midlands and North, and a maximum temperature of 66F (19C) or 68F (20C).

Some sunny intervals are expected in eastern areas by the afternoon. Meanwhile, a weather warning has been issued for most of northern England on Sunday, where gale force winds are predicted through the day until 4pm. 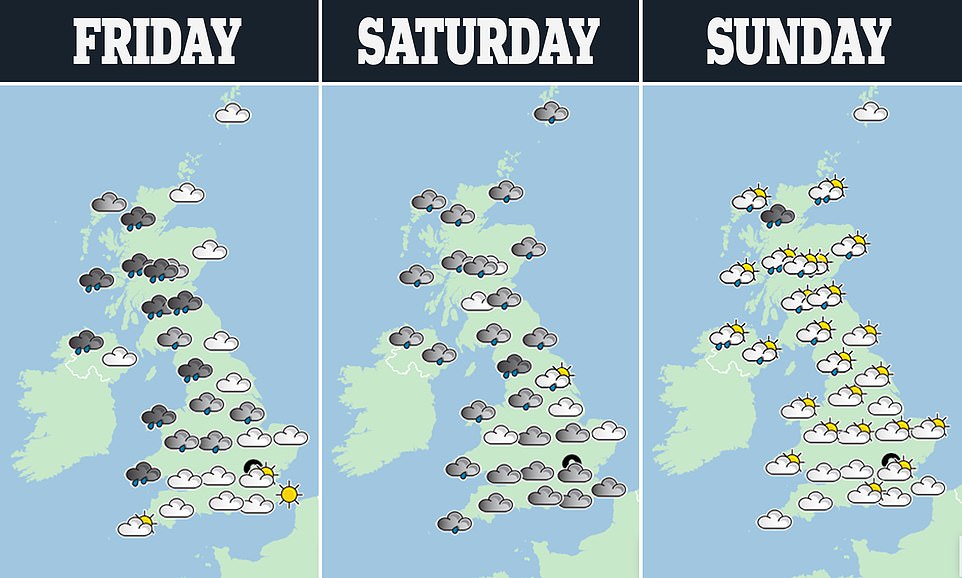 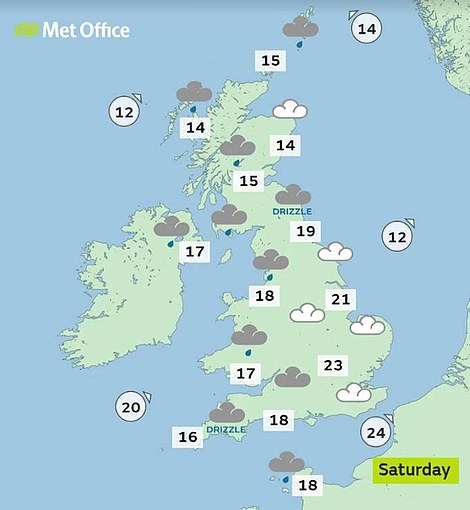 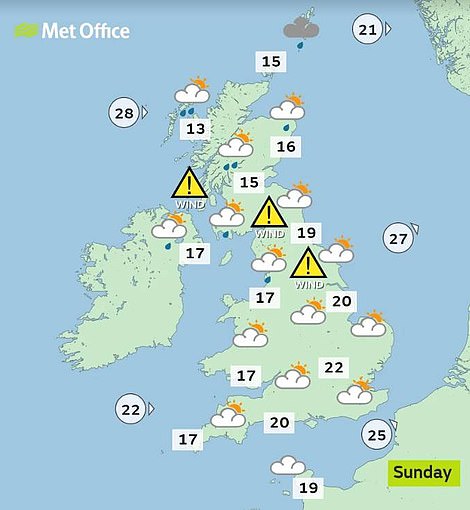 Gusts within the warning area could reach 50mph to 60mph and forecasters say there could be damage to buildings, power cuts, and a risk of flying debris.

It is due to be blustery elsewhere with winds of more than 30mph expected on exposed southern coastal areas, such as Needles on the Isle of Wight.

The Met Office said the gales are due to a deep area of low pressure crossing the country – and potential damage could be worsened due to trees being in full leaf.

A spokesman said the strongest winds are ‘most likely over and to the east of high ground, particularly the Pennines, which may lead to some travel disruption’.

They added: ‘With trees in full leaf, fallen branches and damaged trees may cause some localised travel and power disruption.’ 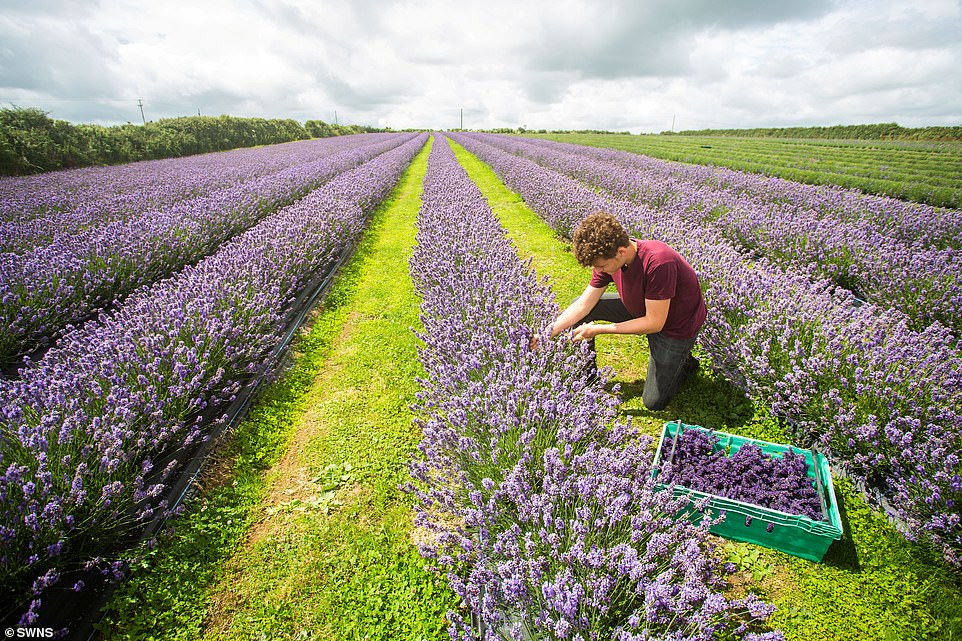 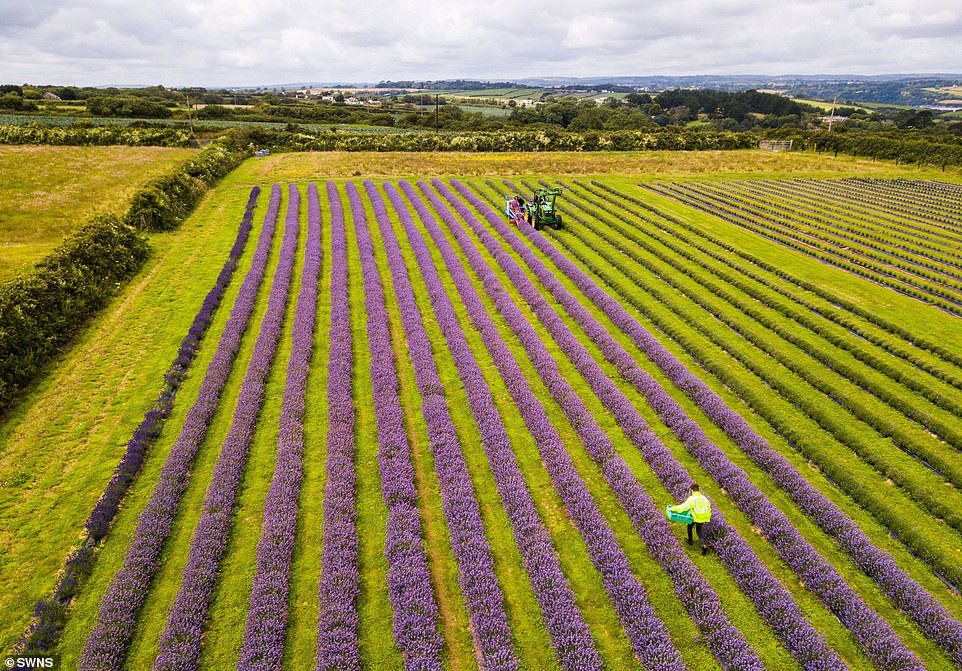 The best of any brightness on Sunday is expected in southern England and Wales during the afternoon, where there could be sunny spells and temperatures reaching a high of 22C (72F) in London and surrounding areas.

In its forecast for the weekend, the Met Office said: ‘Saturday is due to be generally cloudy with further rain and drizzle, most persistent in the north and west. It will be breezy in the South but feeling fairly humid.’

Showery rain is again possible in northern and western areas of England and Wales through Sunday, the Met Office adds.

Into next week, Monday and Tuesday are set to be mostly dry though quite cloudy, but there is an increasing chance of sunshine and warmer temperatures as the week goes along.