UK ‘will be worse off after leaving EU in any scenario’

Brexiteers voiced fury today as a ‘deliberately’ leaked Whitehall assessment claimed Britain will be worse off whatever deal is done with the EU.

A study drawn up for the Brexit Department shows growth would be lower under a range of scenarios.

Even a comprehensive free trade agreement would see the economy 5 per cent smaller in 15 years’ time than it would be otherwise, according to the study.

But the findings were dismissed as incomplete by Leave-supporting MPs – who pointed out that the Project Fear campaign made similar dire predictions before the referendum and they turned out to be wrong. 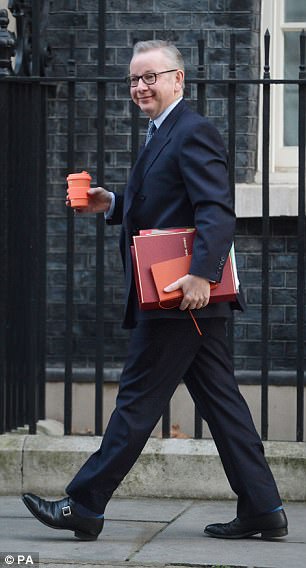 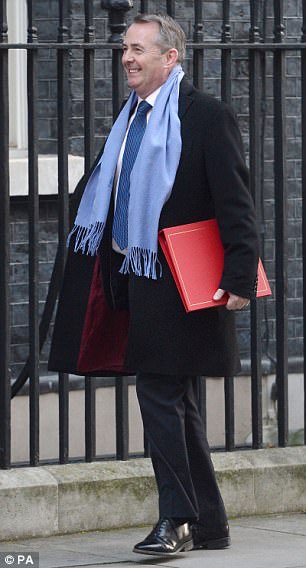 Theresa May held a Cabinet meeting this morning, with Michael Gove (left) and Liam Fox (right) among those attending 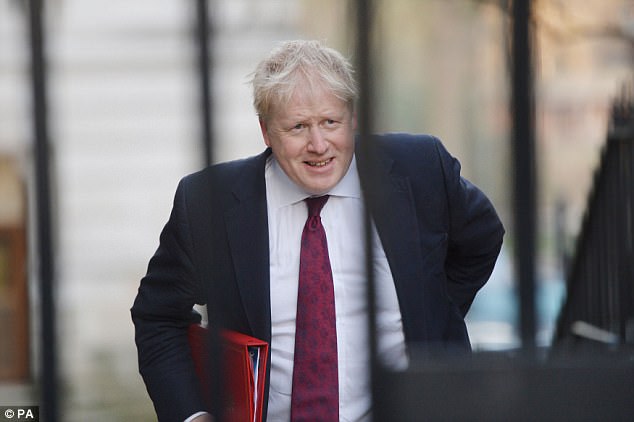 Boris Johnson, one of the Cabinet’s leading Brexiteers, has yet to respond to the leak 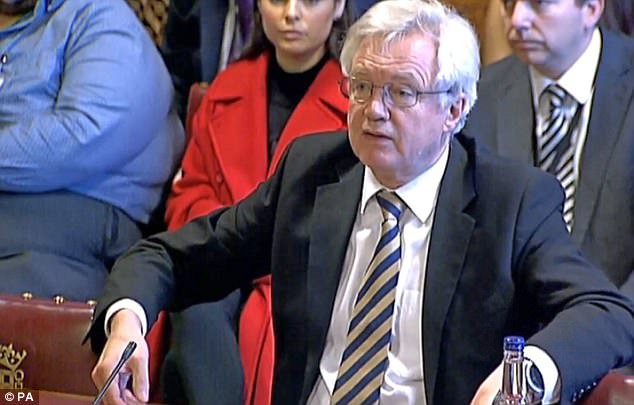 The extraordinary leak of the confidential document, to Buzzfeed News, sparked an immediate hunt for the culprit.

The material was meant to be shown to senior ministers in private, with strict rules in place to prevent them taking the paperwork out of the room.

But within hours of the briefings getting under way it had been passed to journalists.

Former Tory leader Iain Duncan Smith branded the timing of the claims – with Brexit negotiations at a critical stage – ‘suspicious’.

Government sources stressed the analysis was incomplete and had not considered Theresa May’s favoured outcome of a bespoke trade deal with the EU.

The analysis found the loss of GDP would rise to 8 per cent if Britain left without a deal and was forced to fall back on World Trade Organisation (WTO) rules.

Alternatively, if the UK were to retain access to the single market through membership of the European Economic Area the reduction would be just 2 per cent.

The forecast does not claim the economy would get smaller, but suggests it would not grow as fast as if the UK remained in the EU.

As Mrs May prepared to fly out on a three-day trade mission to China, opposition MPs said the public were entitled to know the true cost of leaving the EU.

The PM leaves behind her a Conservative Party in turmoil, amid deepening unrest among MPs over the direction of the talks with Brussels.

Mr Duncan Smith told BBC Radio 4’s Today programme: ‘I think the timing in this is highly suspicious in the sense that suddenly in the midst of all this conversation about the European Union we have a leaked document.

‘But,I would observe that almost every single forecast coming from Government, and most of the international organisations, has been completely wrong.

‘I think we should take this with a pinch of salt.’ 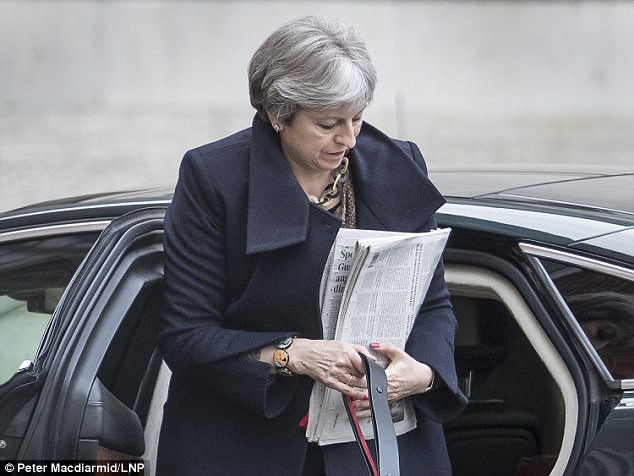 Speaking about the report’s findings, Jacob Rees-Mogg, chairman of the pro-Brexit European Research Group (ERG) of Tory MPs, said they were ‘highly speculative’.

He said similar modelling by the Treasury before the Brexit referendum – predicting large scale job losses following a Leave vote – had been ‘comprehensively wrong’.

But Labour MP Chris Leslie, a member of the Open Britain group which campaigns against a ‘hard’ Brexit, said ministers must now release the findings in full.

What the report shows

The economic impact assessment claims growth would be lower under a range of potential scenarios:

‘No one voted to make themselves or their families worse off,’ he said.

‘The Government must now publish their analysis in full, so that MPs and the public can see for themselves the impact that Brexit will have and judge for themselves whether it is the right thing for our country.’

In response to the leak a Government source said officials from across Whitehall were undertaking ‘a wide range of ongoing analysis’.

‘An early draft of this next stage of analysis has looked at different off-the-shelf arrangements that currently exist as well as other external estimates,’ the source said.

‘It does not, however, set out or measure the details of our desired outcome – a new deep and special partnership with the EU – or predict the conclusions of the negotiations. 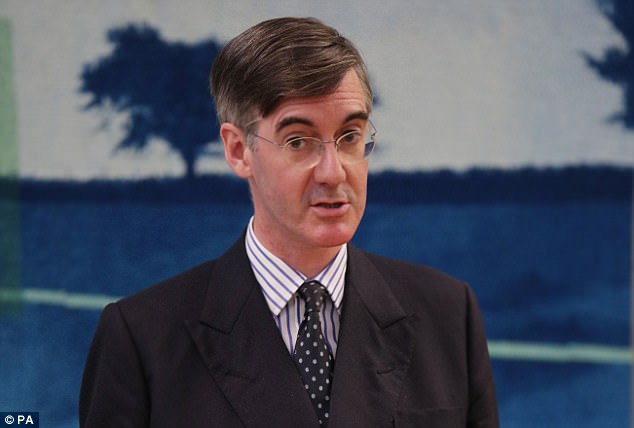 ‘It also contains a significant number of caveats and is hugely dependant on a wide range of assumptions which demonstrate that significantly more work needs to be carried out to make use of this analysis and draw out conclusions.’

The disclosure comes amid anger among pro-Brexit Tories at the latest negotiating guidelines from Brussels which said the UK would remain subject to EU law – including any changes passed after it leaves in March 2019 – during a proposed 21-month post Brexit transition.

Amid fears among some Brexiteers that the Government is heading for a ‘soft’ break, retaining many of the current elements of Britain’s relationship with the EU, Mr Rees-Mogg said the Prime Minister needed to spell out what sort of deal she was looking for.

Brexit bill begins its passage through the House of Lords today

The Government’s flagship Brexit bill is set to begin its passage through the House of Lords today.

More than 190 peers are listed to speak in a marathon two-day second reading debate on the EU (Withdrawal) Bill.

While the legislation cleared the Commons last month relatively unscathed – with only one Government defeat – it is likely to face a far rougher ride in the upper chamber which is overwhelmingly opposed to Brexit.

The main battles will come in the weeks ahead when it reaches the committee stage when peers are likely to try to push through a series of major amendments.

‘We would take for the first time since 1066, laws imposed on us by a foreign power without having a say over it ourselves. That may be acceptable if we have a clear idea what the end point is,’ he told BBC2’s Newsnight.

The Times quoted one source close to the ERG as saying Mrs May’s chances of survival were no better than ’50:50′ with pleading from Cabinet ministers said to be the main reason she was still in place.

The paper said that reports were circulating among pro-Brexit MPs of a revolt at a recent dinner for Conservative donors with around a quarter arguing she should go.

Mr Rees-Mogg insisted that said he knew nothing about the reports, saying: ‘That is nothing to do with me.’