Ukip leader Henry Bolton has revealed he could rekindle his relationship with his 25-year-old racist model ex-lover, despite it sparking calls for him to stand down.

The 54-year-old suggested he could get back together with Jo Marney, despite her posting a series of racist tweets about Prince Harry’s fiancee, Meghan Markle.

Speaking to former Ukip leader on LBC, he said: ‘We’re still in contact, of course there are strong emotions there, but we both need to sort our own private lives out. 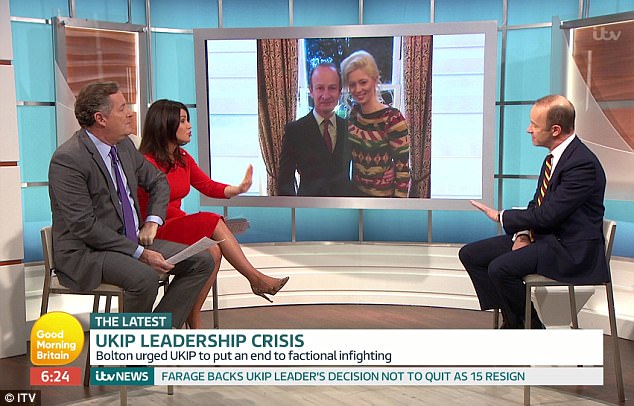 ‘So the romantic side of the relationship is off, certainly at the moment, and going forward, who knows what the future holds?’

On ITV’s Good Morning Britain today, Piers Morgan pressed him on the comments, but Mr Bolton insisted he could get back with her ‘if it doesn’t damage the party’.

Yesterday, Mr Farage has handed the embattled Ukip leader a lifeline by saying he could become the party’s version of Jeremy Corbyn.

Mr Bolton has rejected calls to resign despite Ukip’s ruling national executive (NEC) passing a vote of no confidence in his leadership.

A series of senior party figures have quit their positions following the disclosure in the Mail on Sunday that his ex-girlfriend had posted the racist tweets.

Refusing to quit, the leader has described the NEC as ‘not fit for purpose’ and insisted it is time to ‘drain the swamp’. 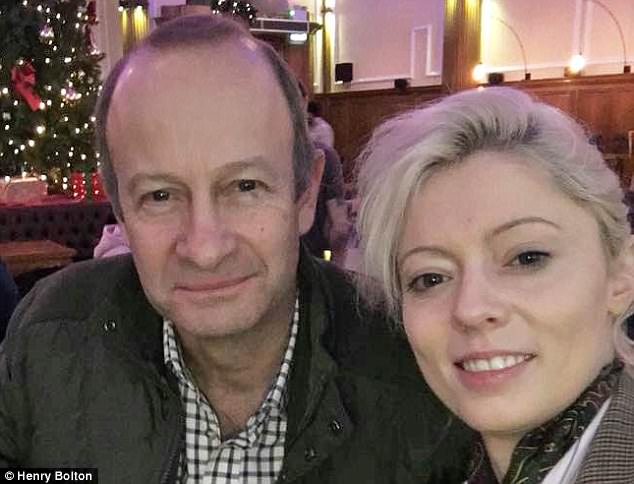 He was backed by Mr Farage, the former Ukip leader who led the party from obscurity to the Brexit vote, and is revered among members who will decide on Mr Bolton’s fate in a vote at an emergency meeting (EGM) in February.

Mr Farage said he has ‘despaired’ at the party’s NEC and decision-making processes, which are run by ‘volunteers’ with no political experience, and suggested Mr Bolton’s approach could give Ukip a ‘lifeline’ if it leads to reform.

Ex-leader Diane James, who lasted 18 days in charge before resigning citing ‘personal and professional reasons’, has also backed the leader and joined in criticism of the NEC.

Mr Farage has described the saga over Mr Bolton’s affair with Ms Marney as ‘cringe-making’ but suggested ‘it may not be a bad thing, however – if he has the wisdom to use his profile properly’. 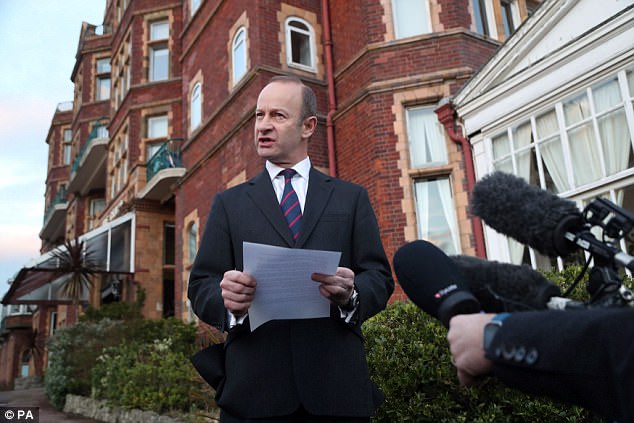 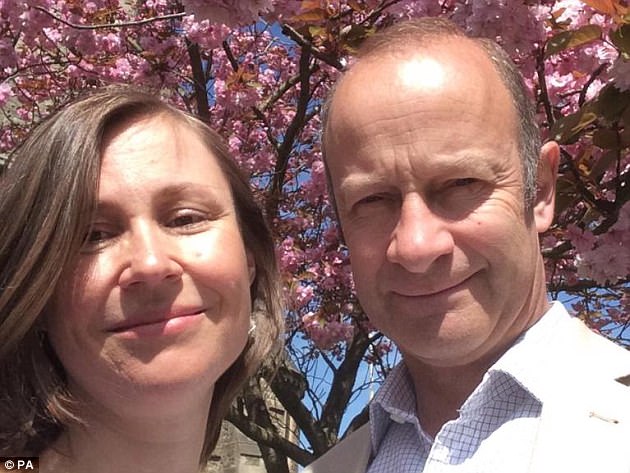 Mr Bolton and his ex-wife Tatiana (pictured together), 42, who gave birth to their second daughter at London’s St Pancras station in 2016 after going into labour on a train

And writing in the Telegraph, he added: ‘Bolton knows as well as anyone that Ukip must reform or die. His refusal to accept the NEC decision to quit, and his insistence on carrying out a full EGM, could provide a lifeline for Ukip. For this crisis is about more than Henry Bolton. It is about whether Ukip is fit for purpose.

‘As one party spokesman after another resigns, I am reminded of the nightmare Jeremy Corbyn faced in 2016 when 21 members of his shadow cabinet resigned.

‘Corbyn was written off by the press, but the rank and file membership saved him. If Bolton has the courage and the vision to introduce a new constitution, and shows that he can be a strong spokesman for Britain leaving the single market, taking back its fisheries and restoring pride in the UK, he may well surprise all of his critics too.’

Earlier, speaking outside the Folkestone hotel where he has been living, Mr Bolton refused to go and said he would propose a new party constitution as the NEC had lost the confidence of members and him as leader.

He said: ‘It is now time to put an end to the factional infighting within the party and to remove those who have been a part of that. In a single phrase, it is time to ‘drain the swamp’.’

Mr Bolton suggested his relationship with Ms Marney could be rekindled in the future, despite the fact that it sparked the calls for him to stand down.

‘We’re still in contact, of course there are strong emotions there, but we both need to sort our own private lives out,’ he told Mr Farage in an interview on LBC radio.

‘So the romantic side of the relationship is off, certainly at the moment, and going forward, who knows what the future holds?’