Ukrainian rock band turn a broken grand piano into a 20-instrument mini-orchestra complete with a cello, drums and an organ

A rock band have used a 19th century grand piano to create the sounds of an orchestra with actually hiring anyone.

Brunettes Shoot Blondes, who are from Ukraine, have successfully packed 20 playable instruments into a broken grand piano.

The forward-thinking four-piece created the mini orchestra for their recently-released track, ‘Houston’. 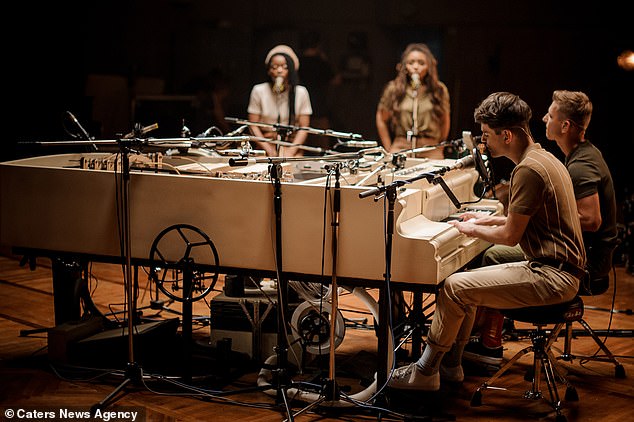 Included in the grand piano’s collection of instruments were string instruments like a cello and violin, as well as a set of drums and an organ.

Bandmembers Andrew Kovaliov, Roman Sobol, Dmytro Leonov and Ievgen Kobzaruk, said that the idea for the project came about a couple of years ago, when the group discovered a 19th Century grand piano in a small town in western Ukraine.

Andrew Kovaliov, the singer for the band said: ‘Creating this instrument was a bit of challenge for us.

‘We didn’t have an exact design in the beginning, just some abstract ideas I came up with earlier.

‘It was difficult to predict the way everything would go, so the design went little by little, being altered as we were finding new instruments to incorporate into the piano. 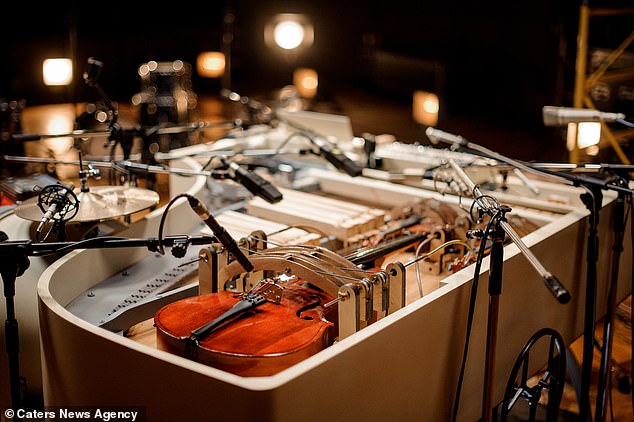 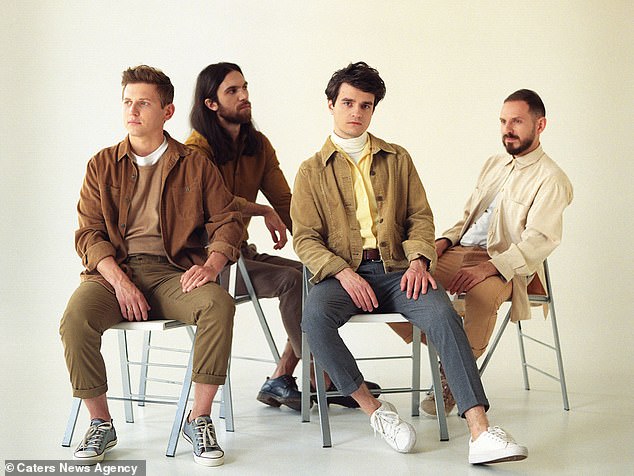 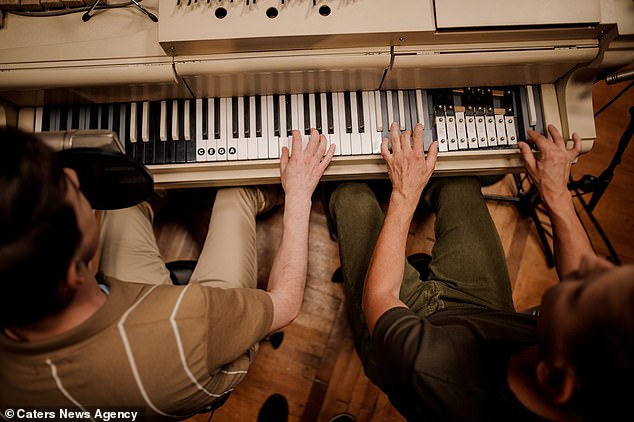 Singer Andrew Kovaliov said: ‘We didn’t have an exact design in the beginning, just some abstract ideas I came up with earlier’ 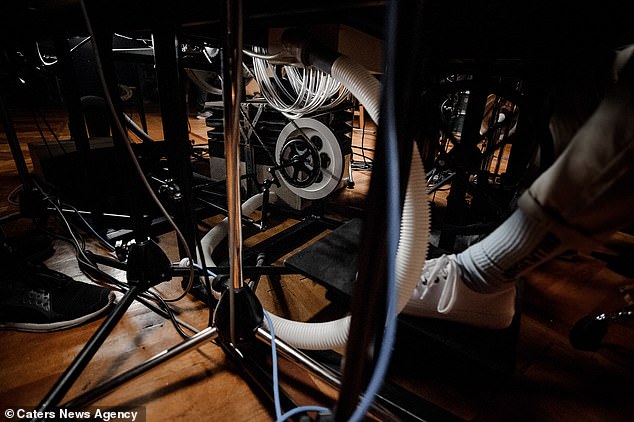 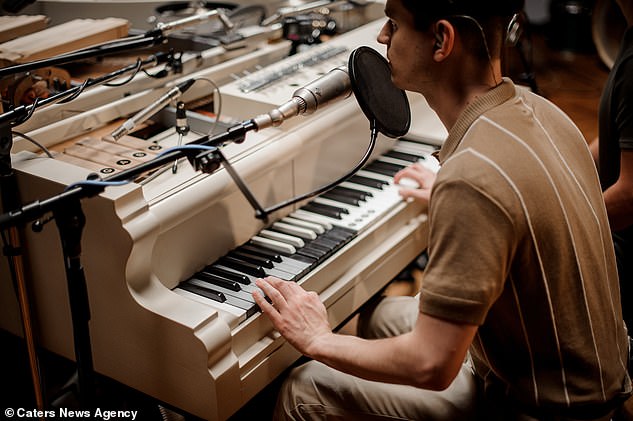 Describing the band’s new single ‘Houston’, Mr Kovaliov said he ‘originally wanted it to sound like a normal song which could be played by anybody else on the piano’

‘The best thing about this vintage piano was the body construction.

‘None of us knew much about the difference between the old and new models so it was simply a matter of luck that we stumbled upon this one.’

The song itself received positive feedback in the band’s native Ukraine, and they have said that they have even been considered for a Eurovision nomination.

Describing ‘Houston’, Mr Kovaliov said: ‘I originally wanted it to sound like a normal song which could be played by anybody else on the piano.

‘As most pop songs, this one is about love, relationship and everything surrounding it.

‘Sometimes you need to stop and go a little backwards to start everything over and make things better.’ 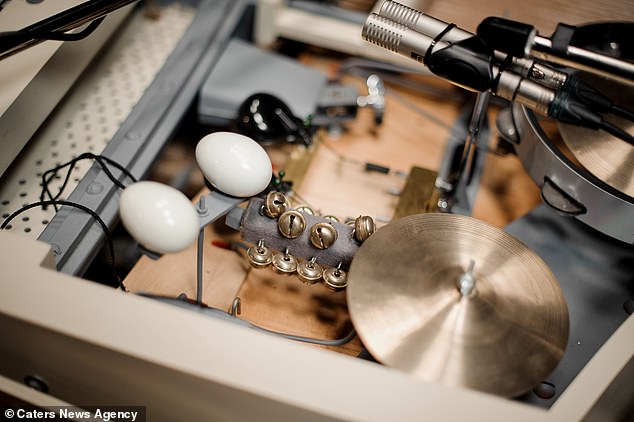 A tiny hi-hat cymbal (right), egg shakers (left) and a jingle stick (centre lying down) are just three of the 20-strong set of equipment painstakingly set up inside the case of the grand piano 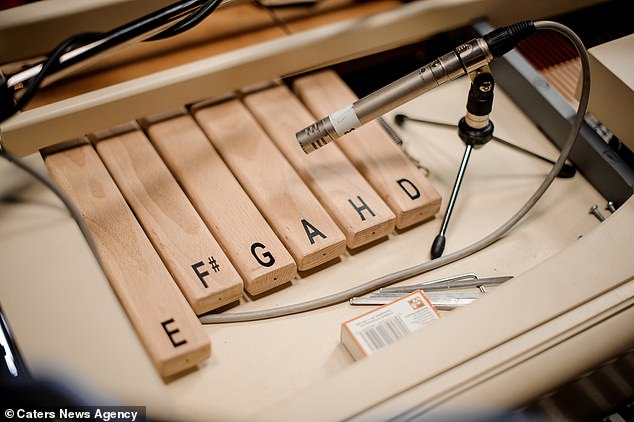 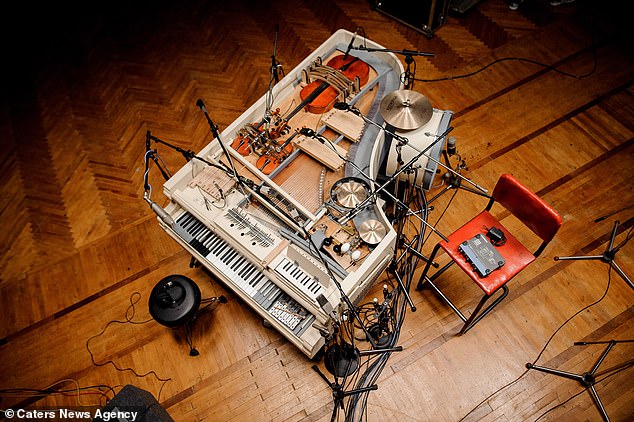 To modify the 19th century instrument, all the innards of the grand piano as well as the cover lid were taken out to make space for other instruments 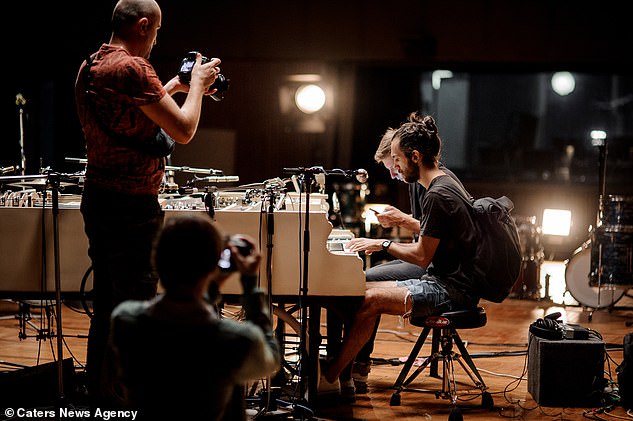 Brunettes Shoot Blondes were founded in early 2010 and are based out of Kryvyi Rih, Ukraine. The band gained international recognition for their animated music video for song ‘Knock Knock’ 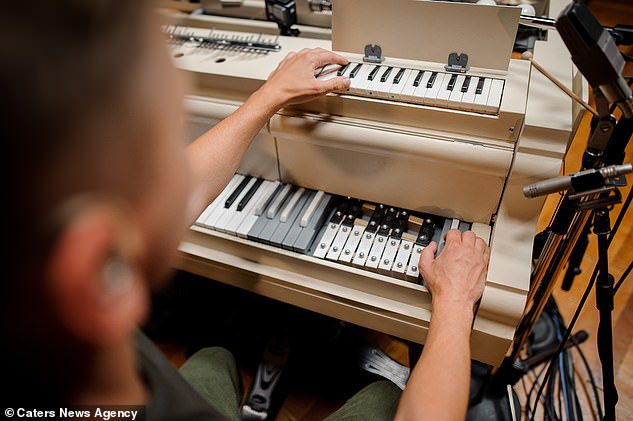 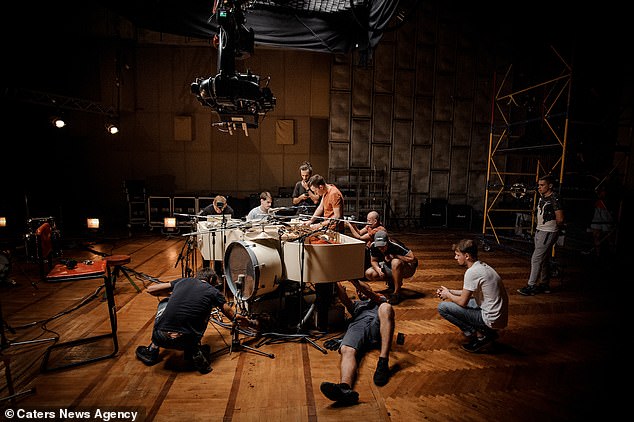 Technicians carry out checks on the underside of the custom-built mini orchestra. A bass drum is attached to the ensemble of instruments on the curve of the piano