Ukrainian boy, 10, suffers horrific burns after his grandfather’s coffin caught fire as mourners came to his house to light candles

A boy suffered horrific injuries after neighbours accidentally set his grandfather’s coffin on fire in Ukraine while visiting his house to pay their respects.

The neighbours came to say goodbye to the deceased in the village of Yuskivtsi in western Ukraine’s Ternopil Oblast region. and left a lit candle on the coffin.

But after they left the candle set the coffin on fire, and the blaze quickly spread to the next room where the boy was sleeping.

Schoolboy Ruslan Pyrch woke up when ‘he felt that his face was burning’ and the 10-year-old found himself trapped in the burning room and hid under his bed in a panic.

He told local media: ‘I woke up in pain and saw that my room was on fire.

‘My face was burning and I covered it with my hands. I jumped on the floor and climbed under my bed.

‘I did not understand what was going on.’

The boy’s grandmother Tamara Pyrch was standing in a courtyard near their house when she noticed the smoke. 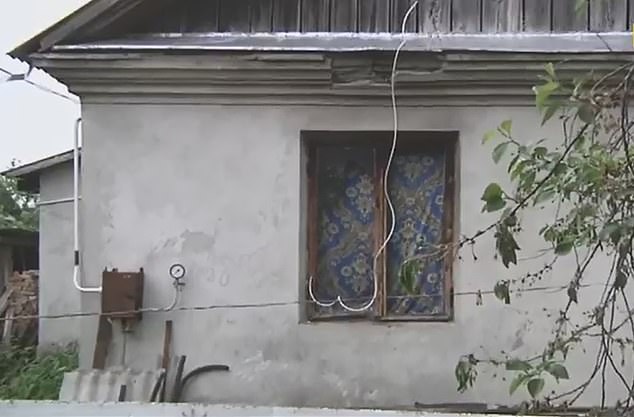 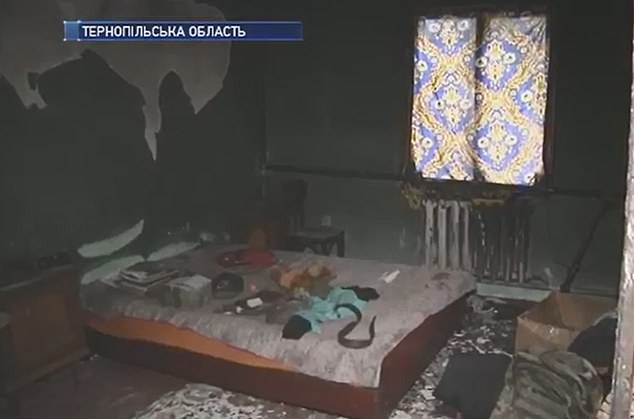 The terrified woman rushed into the house to save her grandson.

She said: ‘I was going to run into his room but the door was on fire. I rushed outside, broke the window and got in.

‘I found him lying motionless on the floor and carried him to the window.’

Witnesses who had already gathered near the burning house helped Mrs Pyrch to pull Ruslan out through the window and called emergency services.

The boy was rushed to the intensive care unit with severe burns to his head, face, hands and back.

Volodymyr Bilynskyi, the head deputy of the Ternopil Regional Children Hospital said: ‘The boy got severe burns to his body. Doctors managed to stabilise his condition. His life is not in danger now.’ 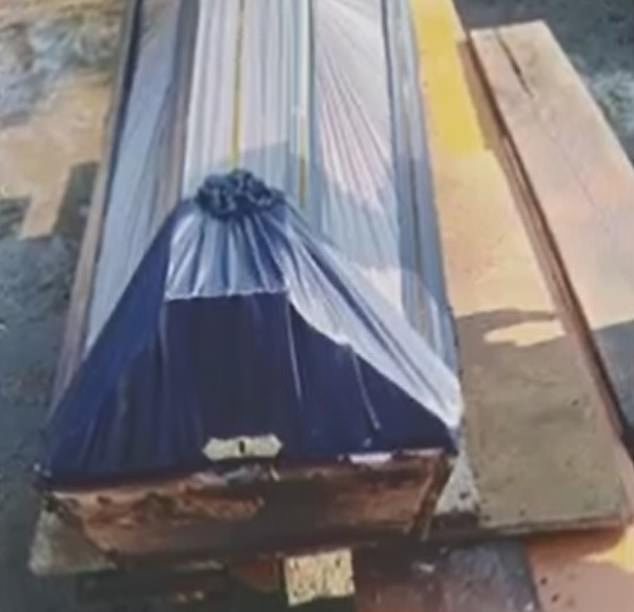 The coffin (pictured) and the deceased were damaged in the fire, reports say, and the boy’s grandfather was buried soon after

Ruslan’s father Yury Pyrch said the fire was accidentally caused by his neighbours.

He said: ‘My father died and the coffin with his body was in the house. In the early morning, some neighbours came to say goodbye to the deceased.

‘They lit a candle and put it on the coffin.’

‘Leaving the house, they did not put out the candle which then set the coffin on fire.’

The coffin and the deceased were damaged in the fire, reports say. The grandfather was buried soon after the incident.

Police are now investigating the incident and the father could be fined for failure to ensure the safety of the boy, reports say. 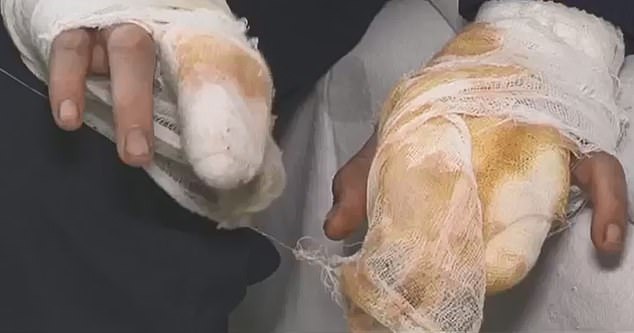 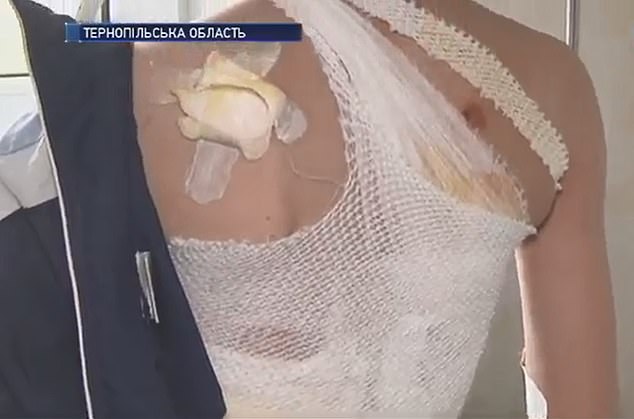