A British businessman who went viral after he was spotted celebrating behind Billie Eilish when she won at the Grammys has been seated among the stars no less than four times.

Terry George, 54, from Leeds, won in the public ballot to to be a ‘seat filler’ yet again at the music awards at the Staples Centre in Los Angeles on Sunday night.

He was seen going wild in his dinner jacket as Eilish scooped up five Grammys. ‘It’s a night I won’t forget.’ George tweeted. ‘She was almost embarrassed by her own success. So humbled! Such privilege sitting with her and her beautiful family.’

Its a privilege George has become accustomed to, having been pictured smiling behind Jay-Z and Beyonce in 2017 and with Madonna, Nas and Lang Lang at the 2015 Grammys, as well as Rihanna and Katy Perry at the same event.

Terry George, 54, posing for a selfie with the five-time Grammy winner Billie Eilish at the Staples Centre in Los Angeles on Sunday night 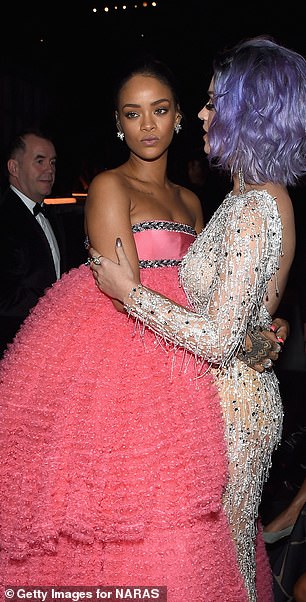 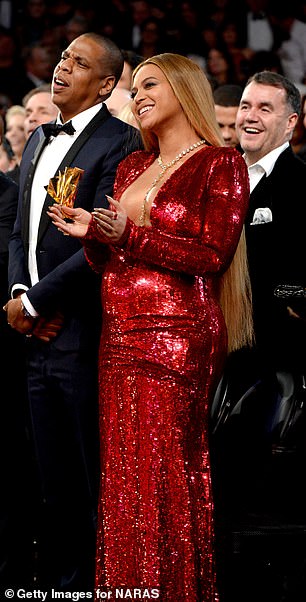 George making yet another appearance at the Grammys in 2015 behind Rihanna and Katy Perry (left) and again in 2017, beaming behind Jay-Z and Beyonce

This time around George heard through the grapevine that Taylor Swift had been due to sit where he was seated but hadn’t turned up.

‘I feel kind of blessed to have even got to be at the Grammys, but to have witnessed such a historic occasion and being placed next to Billie Eilish was like winning the golden ticket.’ George told the BBC.

He was sitting directly behind Eilish and her producer elder brother Finneas O’Connell, when she took home five awards: best pop vocal album, best new artist, song of the year, album of the year and record of the year.

The only other person to have ever taken such an array was Christopher Cross in 1981.

George said he caught Eilish’s eye at one point and asked: ‘What are you going to do if you win this next one?’ 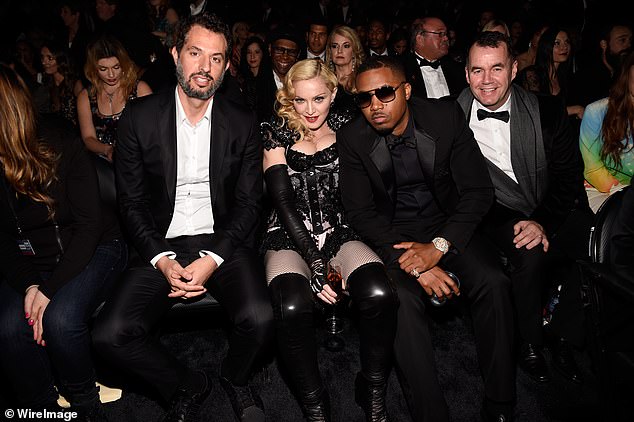 George is seen dressed to the nines again at the 2015 Grammys alongside (from left) manager Guy Oseary, Madonna and rapper Nas 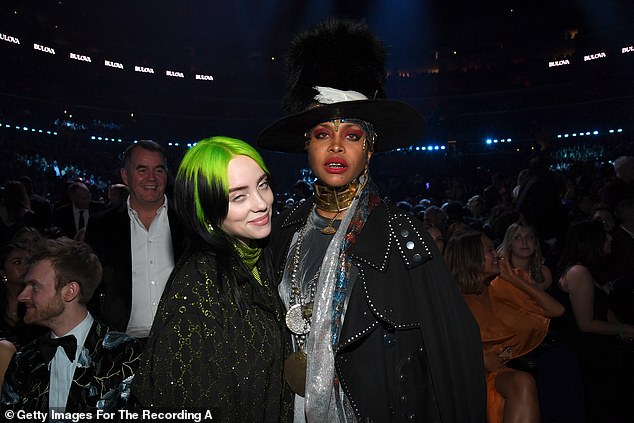 George, referred to by some as Eilish’s grandfather, stands behind her as she poses with R&B star Erykah Badu at the Grammys on Sunday night

George owns pubs, clubs and bars in Leeds and has made his own forays into show business, appearing as the benefactor on Channel 4’s The Secret Millionaire and he won Channel 5’s I Own Britain’s Best Home.

Adding to the surreality of Sunday night, George said others around them kept asking if he was the star’s grandfather.

‘I thought, I’m not that old. Maybe I am actually! I just smiled. I thought it was kind of funny,’ he told the BBC.

George commented that he had seen Lewis Capaldi, the Scottish singer who said a woman mistook him for a seat filler.

George said he had made the same mistake, saying that ‘he looked very casual.’ 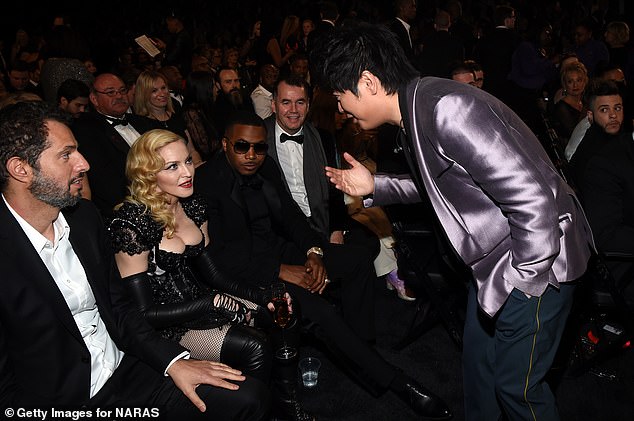 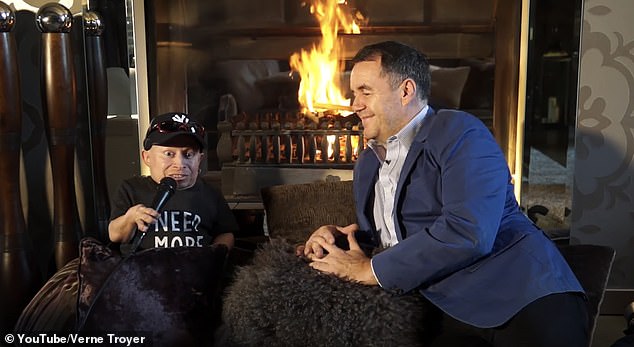 George owns pubs, clubs and bars in Leeds and has made his own forays into show business with appearances on Channel 4’s The Secret Millionaire and I Own Britain’s Best Home on Channel 5 – he won the best home competition (pictured: with Verne Troyer at his award-winning home)

The businessman said there was an exceptional atmosphere at this year’s awards and that he was able to remain in the same spot for most of the show, whereas in previous years he has been moved around.

George was attending the event with a friend and they have been successful in the ballot four times in the last seven years.

He assured the broadcaster he had not dispensed of any of his vast funds in securing his seat.