A British entrepreneur has hit the jackpot after selling his online bingo business for more than £400million.

Sunderland-based Phil Cronin set up Tombola in 1999 and turned it into the country’s biggest online bingo site. The 57-year-old yesterday sold the company to Paddy Power owner Flutter for £402million – with all the proceeds going to him and his family.

A Sunderland AFC fan who studied at Durham University and Harvard Business School, Cronin will leave the company when the deal completes.

The £402m windfall comes more than half a century after his father Frank started printing bingo tickets in the 1960s.

Speaking to the House of Lords in 2019, Cronin said: ‘I was first involved with bingo working for my father’s printing company, making bingo blowing machines with ping pong balls inside. I have spent my whole career involved with bingo.’

Tombola, which sponsors ITV’s I’m A Celebrity, has 400,000 players mostly in the UK and raked in revenues of £164million and profits of £38.5million last year.

The business has recorded revenue growth of around 25 per cent a year for the past five years and has more than 700 staff. 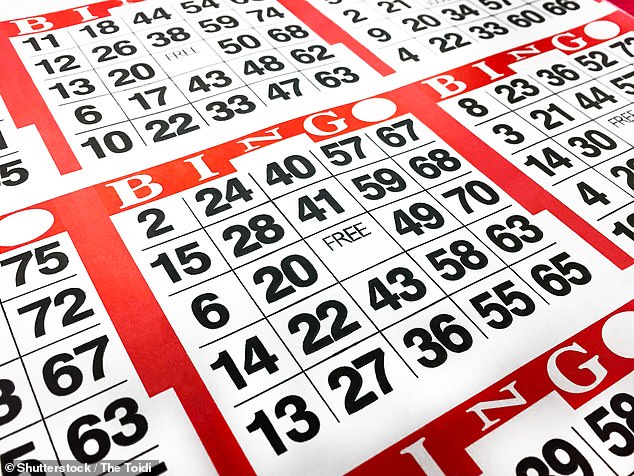 Tombola, which sponsors ITV’s I’m A Celebrity, has 400,000 players mostly in the UK and raked in revenues of £164million and profits of £38.5m last year

The family moved into bingo in the 1960s when Frank Cronin’s small stationery and printing business Edward Thompson received an order for bingo cards for a parish fundraiser.

The Sunderland-based company became the world’s biggest supplier of bingo tickets, supplying most of the UK’s bingo and social clubs by the end of the 1970s.

Phil Cronin worked for the family business before setting up Tombola, which started out printing bingo tickets.

Tombola launched its first online bingo game in 2006. Announcing the takeover, Flutter chief executive Peter Jackson said: ‘As the time comes for Phil to hand over the reins, I would like to thank him for building the success story that the business is today.’

He added: ‘Tombola is a business we have long admired for its product expertise, highly recreational customer base and focus on sustainable play.

The brand aligns closely with Flutter’s safer gambling strategy, a key area for us.’ Flutter, which also owns Betfair and Sky Bet, has 3.1m online customers in the UK and Ireland and 625 betting shops.

The company has lagged behind rivals in offering bingo, having been focused on sports betting, and said the takeover would enhance its offering. Tombola has a ‘highly engaged customer base’, it said.

It touted Tombola’s responsible gambling approach that saw it become the first in the UK to introduce stake and deposit limits. The takeover comes amid pressure for gambling firms to