Britain’s former head of counter terrorism said yesterday it was a ‘disgrace’ that tech giants had given Anjem Choudary a platform as he dismissed him as just a ‘pathetic groomer’.

Mark Rowley, the former national lead for the UK’s counter-terrorism policing, blamed sites like Google and YouTube for elevating his status and giving him a higher profile than he deserved.

Mr Rowley, who was the Metropolitan Assistant Commissioner when Choudary was jailed for five-and-a-half-years in 2016 for urging support for Islamic State, said: ‘At the end of the day he is a pathetic groomer of others.

Mark Rowley, the former national lead for the UK’s counter-terrorism policing, blamed sites like Google and YouTube for elevating the status of Anjem Choudary

‘That is what he has done in the past. He is not some sort of evil genius we all need to be afraid of.

‘I think we have to recognise that radicalisers look to generate a profile, look to prey on the vulnerable and we need to be thoughtful about how we report their activity.’

He told BBC Radio 4’s Today programme: ‘It’s pretty depressing if you Google “UK Muslim spokesman” and he comes up as the first hit.

‘For goodness sake, we have a very impressive Muslim mayor of London, a Muslim home secretary and he comes up as the first hit.

‘On YouTube he is four of the first ten videos.

‘That is giving him a profile because these companies chase your attention through the salacious and contentious rather than through anything accurate or responsible.

‘That is the disgrace in this and it gives people like him, who is a sad individual, more credibility and more attention than they deserve.’ 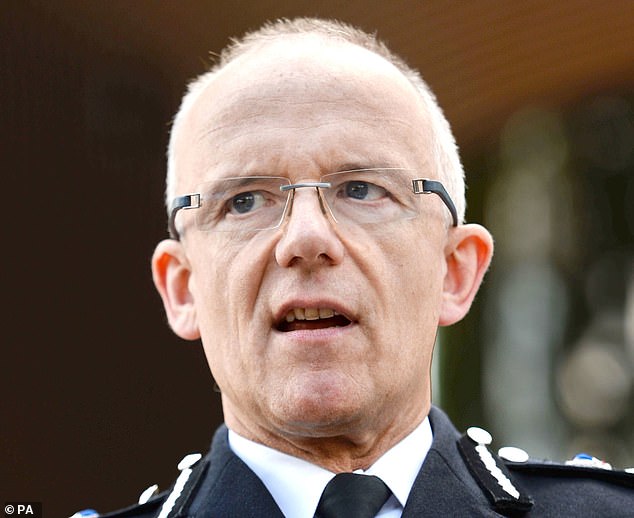 The former anti-terror chief said: ‘It’s pretty depressing if you Google “UK Muslim spokesman” and he comes up as the first hit’

The retired police leader said ‘work was being done’ to get the US to tweak legislation so that silicon valley tech companies alter their treatment of radical hate speech.

He predicted the next decade would see a mix of ‘persuasion, balanced with regulation’ because he said it would take a lot to change the way firms such as YouTube operated.

When Choudary was jailed, many of his twisted posts and videos which inspired hundreds of Britons to carry out terror attacks, remained online as Twitter and YouTube refused to remove them.

Counter terrorism police had to make repeated efforts to get his sickening Twitter posts and ISIS recruitment videos taken down after Choudary signed an oath of allegiance to the Caliphate pledging support for the terrorism group. 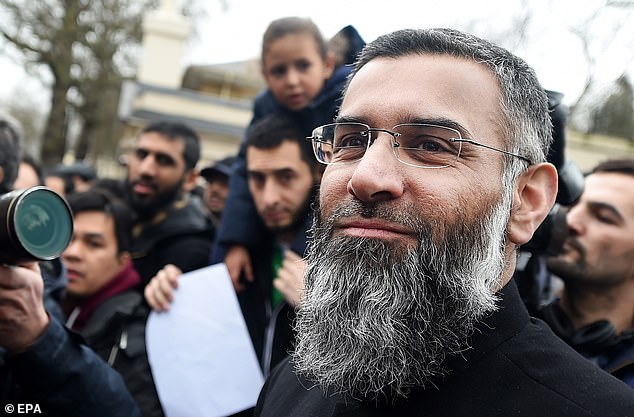 Mr Rowley, who was the Metropolitan Assistant Commissioner when Choudary was jailed for five-and-a-half-years in 2016 for urging support for Islamic State

But social media firms resisted for months despite police demonstrating that his rants clearly promote terrorism and have encouraged scores of his followers to plot atrocities around the world.

Experts estimated that 300 of his followers who went to fight with IS in Syria had been radicalised by Choudary who sent out at least 10 Tweets a day, hundreds of videos and thousands of press releases.

Yet at his trial at the Old Bailey it emerged that police have no power to force social media corporations to remove material from the internet even if it was believed to have fallen foul of UK anti-terror laws.

Around 95 per cent of terrorist content on Twitter is removed proactively through our technology, the firm claims.

Most terrorist material on YouTube is now flagged automatically by ‘machine learning’.

‘That’s why we’ve invested heavily in people, technology such as Machine Learning and collaborated with other tech companies to fight it.’