UK’s GDP could fall by 13% this year amid threat of second coronavirus spike, expert warns

The UK’s coronavirus-hit economy could suffer a 13 per cent fall in GDP this year, with the threat of a second spike cases leading to more ‘economic uncertainty’, an expert has warned today.

Economic expert Richard Hughes says the country has suffered an ‘exceptional economic shock’ due to the pandemic and warned that its GDP, a measure of the size and health of a country’s economy over time, is ‘going to fall anywhere between 10 and 13 per cent in 2020’.

Such a decline would be ‘twice as big’ as the initial impact of the 2008 financial crisis, warns Mr Hughes, who is the prospective new chair of government-funded watchdog, the Office for Budget Responsibility’s (OBR).

Mr Hughes also today warned of potential damage to the economy by uncertainty caused by a second coronavirus wave.

It comes as Chancellor of the Exchequer, Rishi Sunak, last week announced a raft of measures in an attempt to breathe life back into the UK economy after three months of coronavirus lockdown. 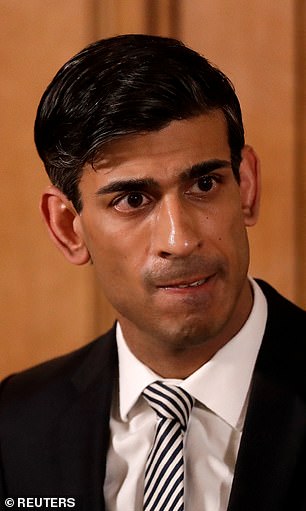 Richard Hughes, who is the prospective new chair of government-funded watchdog, the Office for Budget Responsibility’s (OBR), says GDP is ‘going to fall anywhere between 10 and 13 per cent in 2020’. Last week Rishi Sunak announced a raft of new measures to try and stimulate the UK economy in the wake of the coronavirus lockdown

Speaking to the Treasury Select Committee on Monday, he said: ‘The global financial crisis saw GDP fall by around 5 per cent at its trough.

Back in May, the OBR predicted the GDP for the year would fall by 12.8% – assuming a recovery in the second half of the year.

Last month the International Monetary Fund (IMF) warned the UK economy is set to shrink by 10.2 per cent this year due to coronavirus.

That forecast for Britain was significantly worse than the Fund suggested as recently as April – although not as bad as for some other European countries.

But Mr Hughes, who is a research associate at the Resolution Foundation think tank and an adviser to the IMF, said the prospect of a second wave of coronavirus had ‘increased the level of uncertainty’ around the UK’s economic recovery.

He said: ‘Usually you can assume in the course of a recession that once you’ve turned the corner things are going to gradually get better. And it’s all about the pace of that recovery.

‘In this context you have divergent possibilities.’

A resurgence in the transmission of Covid-19 and future lockdowns would act as a ‘drag on the (economic) output’, while a vaccine could result in a ‘very rapid recovery of economic activity’, he said.

Mr Hughes said the UK’s GDP had declined ‘sharply’ earlier this year, with falls in output, including a 25 drop in April, as well as falls in employment.

He appeared before the select committee as part of a pre-appointment hearing for the role of the OBR’s chair.

In June, Mr Sunak announced Mr Hughes as his preferred candidate for the position, replacing Robert Chote – whose term comes to an end later this year. 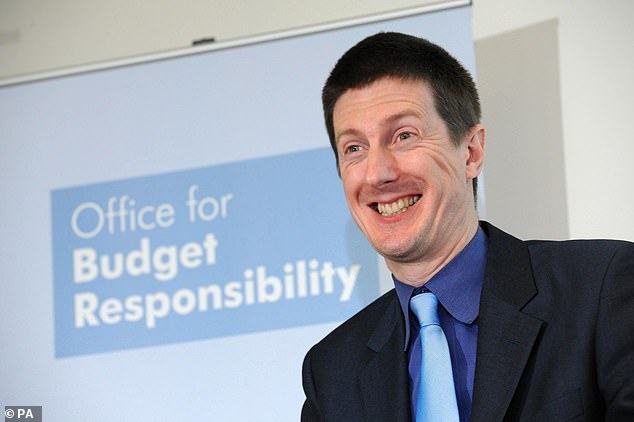 In June, Mr Sunak announced Mr Hughes as his preferred candidate for the position of the OBR’s chair, replacing Robert Chote (pictured in 2010) – whose term comes to an end later this year

Last week Britons were put on notice that they face swingeing tax rises to balance the books after coronavirus as Mr Sunak vowed to take ‘difficult decisions’.

The respected IFS think-tank warned that getting the UK’s £2trillion debt mountain under control will take ‘decades, and is likely to require the Treasury to raise an extra £35billion a year once the immediate crisis subsides – broadly equivalent to an extra 7p on the basic tax rate.

Meanwhile, the Chancellor tried to cool rising Tory anxiety about the government’s eye-watering bailouts – with the latest package announced yesterday expected to drive annual borrowing to £350billion – more than the running costs of all public services combined.

Mr Sunak admitted it was an ‘extraordinary’ amount of money, and gave a stark message that action will be needed later to return the finances to a ‘sustainable footing’.

But in a round of interviews last week, Mr Sunak insisted it was ‘right’ to pump cash into the economy now, dismissing claims the latest £30billion package unveiled yesterday is poorly targeted. 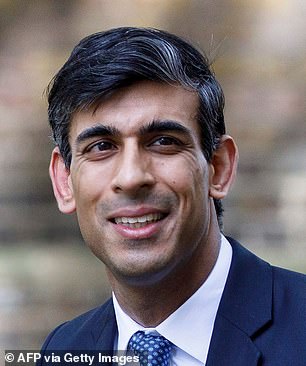 Fresh doubts have been raised about the £1,000 bonus for businesses who bring back staff from furlough.

It has emerged the top civil servant at HM Revenue & Customs refused to sign off on the policy without a written direction from Mr Sunak, warning that there was ‘uncertainty’ over whether it represented value for money.

The IFS also questioned why the £10 per head subsidy for people eating out was not being applied to takeaways, and said a VAT cut would potentially benefit thriving firms most.

Temporarily axing stamp duty for most properties could merely have the effect of driving up prices, the think-tank suggested.

Mr Sunak insisted the jobs bonus will make a ‘big difference’, and begged Britons to ‘relearn’ the habits of eating out and shopping as lockdown eases – saying their willingness to do so will decide how fast the UK recovers from a ‘very significant recession’.

But – as a series of firms announced plans to slash their workforces – he cautioned that jobs will be lost regardless of the interventions. ‘Is unemployment going to rise, are people going to lose their jobs? Yes,’ he said.

Pressed on the prospect of tax rises, Mr Sunak said: ‘Over the medium term the right thing for the economy will be to have sustainable and strong public finances. Of course I will make the decisions that are required, difficult though they may be, in order to return to that place.’