The ban on scaling Uluru has left the local tourism industry reeling and forced some hotels to cut their prices by up to 40 per cent.

Tourism operators and hoteliers have reported almost having to halve their rates since the Uluru-Kata Tjuta National Park stopped people from climbing the famous Northern Territory monolith in October.

The downturn comes as the bushfire crisis is estimated to have cost the industry nationally $4.5billion by the end of 2020 and bookings drop by as much as 20 per cent.

A tourist is pictured admiring the view of Uluru in the week before a climbing ban was put in place on the rock. Hotels have been forced to cut their prices by as much as 40 per cent in the wake of the ban

The fires have already cost $2billion and the Australian Tourism Industry Council have called this season the ‘worst summer on record’.

Indigenous tourism provider Voyages and luxury lodge company Baillie Lodges both reported a drop-off in business from their hotels near Uluru since the closure.

Some providers are reporting a 10 per cent reduction in bookings for accommodation, The Australian reported.

‘We have certainly noticed the peak demand prior to the rock closing dropping off,’ the owner of Baillie Lodges James Baillie said.

The company’s collection of lodges set in wilderness across Australia includes the Southern Ocean Lodge on South Australia’s Kangaroo Island – which was destroyed after bushfire ripped through on January 3.

Baillie Lodges also owns Longitude 131, which has a direct view of Uluru and costs $1,600 for a minimum two-night stay per person. 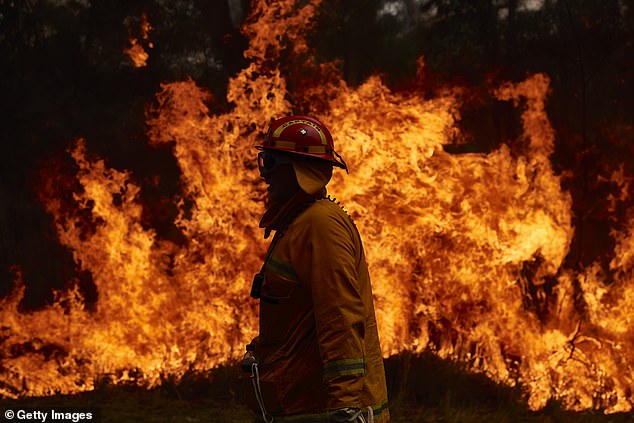 A firefighter works on a blaze on Putty Road north of Sydney on November 14. Bushfires are meanwhile believed to have cost the Australian tourist industry $4.5billion by the end of 2020 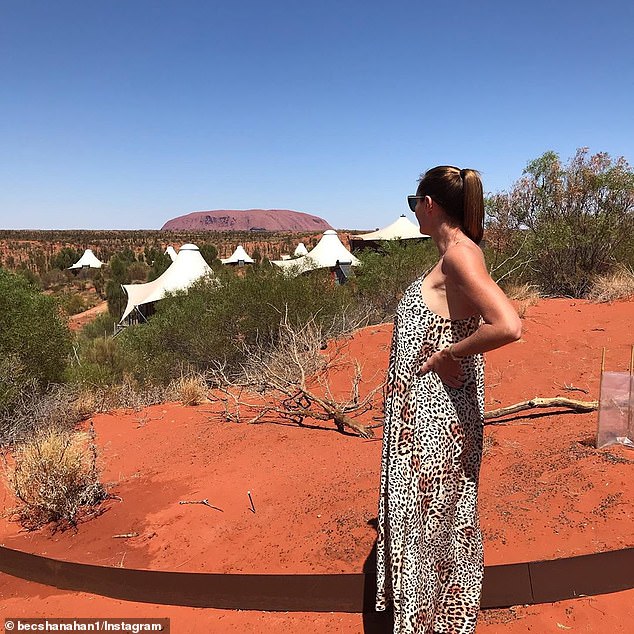 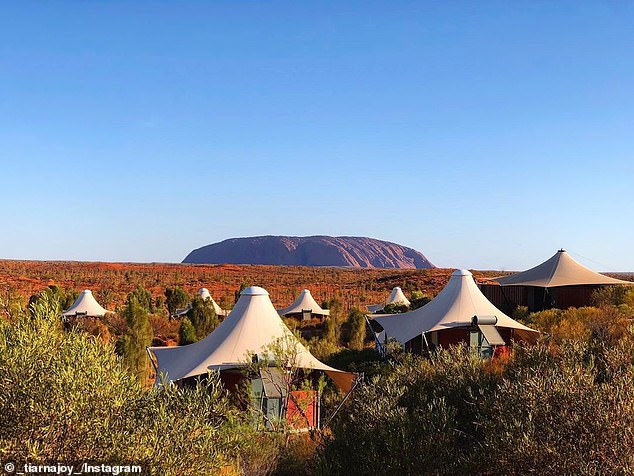 Longitude 131 costs $1,600 for a minimum two-night stay per person. The owner of Baillie Lodges James Baillie said peak demand had fallen since the rock’s closure

But he added there was ‘no doubt we are having a soft summer’.

Voyages, which is owned by the Indigenous Land and Sea Corporation, have dropped their rates to $1099 from $2105 for their five-star Sails in the Desert hotel.

Earlier this month, the Australian Tourism Export Council (ATEC) revealed the number of overseas tourists booking holidays Down Under is down 10 to 20 per cent. 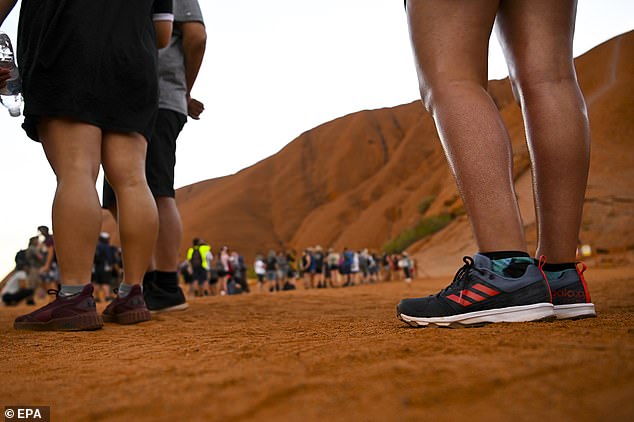 ATEC Managing Director Peter Shelley gave a ‘conservative’ estimate of $4.5 billion in lost profits for the tourism industry in 2020.

‘ATEC’s focus is on international arrivals, and we’re seeing a lot of cancellations from our big key markets – America, Britain and China,’ Mr Shelley told the Australian Financial Review.