The United Nations has accused Facebook of fuelling the Rohingya massacre by allowing hate speech to spread on the social network in Myanmar.

Facebook claimed it is ‘seriously’ fighting hate speech on its network after the UN suggested the platform had morphed into a ‘beast’ that helps spread vitriol against Rohingya Muslims.

The social media giant has faced mounting pressure to delete inflammatory posts aimed at the Rohingya, a persecuted Muslim minority that the UN says are victims of army-led ethnic cleansing. 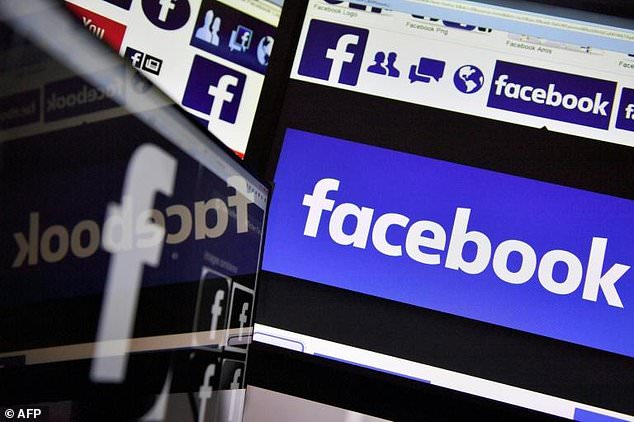 While the military campaign launched last August has been castigated abroad, it enjoys broad domestic support in a mainly Buddhist country where Islamophobia has been growing for years.

On Monday, two UN officials tasked with looking into abuses in Myanmar criticised Facebook as part of a UN Human Rights Council hearing.

When asked whether the platform was good or bad for the emerging democracy, UN special rapporteur Yanghee Lee told reporters it was both but had incited ‘a lot of violence and a lot of hatred against the Rohingya or other ethnic minorities’.

‘And I am afraid that Facebook has now turned into a beast than what it was originally intended to be used in other parts of the world too,’ she added.

Marzuki Darusman, chairman of a UN fact-finding mission on Myanmar, told the UN rights council that ‘hate speech and incitement to violence on social media is rampant, particularly on Facebook,’ according to a written statement of his remarks.

Facebook has seen a meteoric rise in Myanmar, a fledgling democracy shaking off 50 years of brutal junta rule.

But it has drawn criticism for a take-off that has coincided with a rise in ethnically-charged hate speech and violence, particularly in Rakhine state. 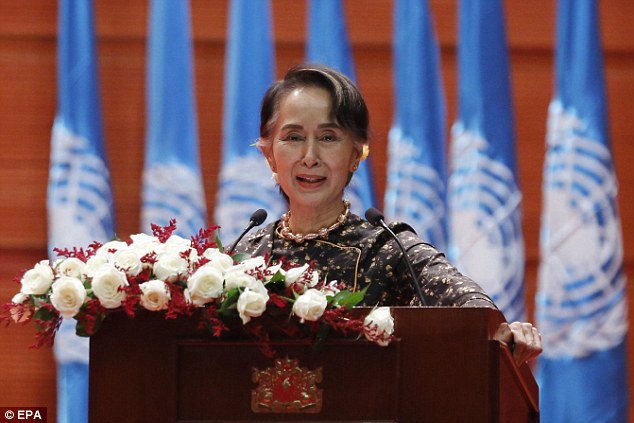 Aung San Suu Kyi, pictured, has faced severe criticism over her lack of action to protect the Rohingya minority in Myanmar from oppression by her armed forces

Calls for action have grown louder since the Rohingya crisis erupted last year, sending some 700,000 of the minority fleeing across the border since August.

In response to the UN criticism, a Facebook spokesperson on Tuesday defended the site’s anti-hate speech strategy and said it had invested significantly in technology and local language expertise in Myanmar.

‘We take this incredibly seriously and have worked with experts in Myanmar for several years to develop safety resources and counter-speech campaigns,’ the spokesperson said.

‘Of course, there is always more we can do and we will continue to work with local experts to help keep our community safe.’

Myanmar’s government has also accused Rohingya activists of spreading misinformation about the conflict online to garner global sympathy for their plight.

In late January Facebook removed the page of popular anti-Rohingya monk Wirathu, and last year it regulated the use of the word ‘kalar’ which is considered derogatory against Muslims.

Analysts are mixed about what role the platform should play in regulating content.

‘There is a blurred line between freedom of speech and hate crime,’ said Lennon Chang, a lecturer in criminology in Monash University.