The United Nation’s environment chief has resigned after being accused of ‘obscene CO2 hypocrisy’ for the expenses he claimed while flying around the world to give lectures on climate change.

Erik Solheim has stepped down from his role after an internal audit revealed that he had spent £390,000 on flights and hotel stays in just 22 months and had spent 80% of his time away from his base in Nairobi.

It is believed that Solheim was asked to resign by the UN secretary general, António Guterres and a UN staff union leader branded some of his expenses as ‘mind-blowing’.

Countries like the Netherlands, Denmark and Sweden were so incensed at Solheim’s attitude that they were withholding tens of millions of dollars in funding to the UNEP, the UN’s environment programme, threatening a financial crisis.

Solheim, a former Norwegian diplomat, politician and environment minister, announced on the UN Environment Program’s website that he quit on Thursday, after he had received the final report on the audit of his official travel by the UN’s internal watchdog.

The audit said that Solheim was a ‘reputation risk’ for the UN and also said that he had ‘no regard for abiding by the set regulations and rules’.

Other damning statements to come out of the audit include the fact that Solheim did not properly account for some of his trips abroad and even let staff work in Europe rather than Kenya.

The official findings of the final audit were not disclosed following Solheim’s resignation.

‘The secretary-general is grateful for Mr. Solheim’s service and recognizes he’s been a leading voice in bringing the world’s attention to critical environmental challenges,’ Dujarric said. ‘He has led advocacy at the highest levels of government, business and civil society to drive the transformational change needed to make a real difference in the lives of people and promote the cause of environment.’ 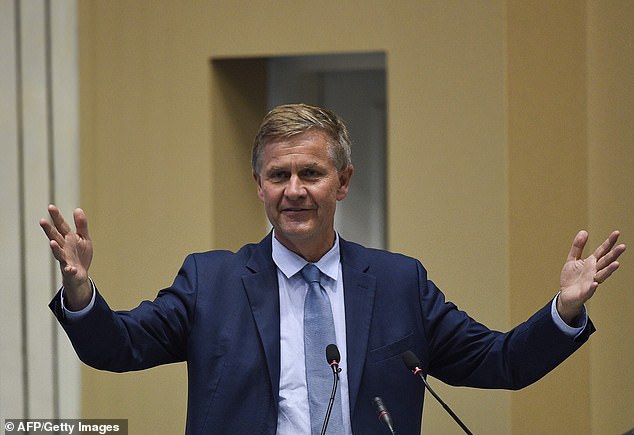 His resignations comes after an internal audit revealed that he had spent £390,000 on flights and hotel stays in just 22 months

Asked for Guterres’ reaction to ‘the scandal’ that led to Solheim’s resignation, Dujarric said, ‘The secretary-general is pleased to see that UNEP is committed to implementing the recommendations … on the travel office’ made by the UN watchdog, the Office of Internal Oversight Services.

Solheim expressed hope that his resignation, ‘after deep reflection and in close consultation with the secretary-general,’ proves to be in the best interest of UNEP ‘and the wider UN.’

Solheim urged UNEP staff to take pride in the agency’s achievements, pointing to India’s phasing out of single-use plastics, the growing list of countries ratifying the Kigali Amendment on limiting the use of hydrofluorocarbons that are depleting the ozone layer, and ‘the remarkable signing of an agreement by 12 countries guaranteeing environmental rights in Latin America and the Caribbean’ as well as others. 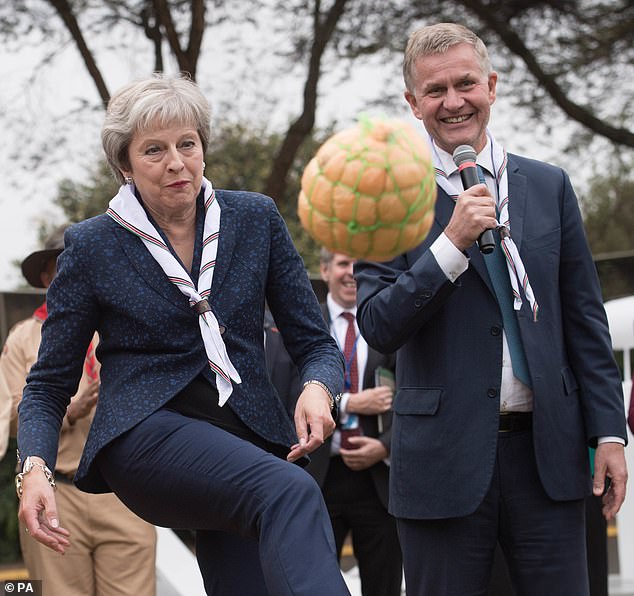 Some countries like the Netherlands, Denmark and Sweden were believed to be so incensed at Solheim’s attitude that they were withholding tens of millions of dollars in funding to the UNEP

In a farewell tweet, Solheim said: ‘I am sad to be leaving @UNEnvironment as we have achieved so much together. I will continue to champion the cause of the environment!’

The Guardian previously revealed in September that Solheim had to recuse himself from professional dealings with his own wife and a Norwegian company that employed her shortly after it signed a deal with Unep in April.

At a meeting between Solheim and staff in Nairobi in September, of which the Guardian has seen a recording, Tim Christophersen, the head of the freshwater, land and climate branch at Unep, said: ‘Some of the work in my branch basically has hit a bit of a wall, because the donors we speak with are freezing their contributions to the environment fund.

‘None of us individually is more important than the UN,’ Christophersen told Solheim.