Paris Saint-Germain boss Unai Emery has backed midfielder Marco Verratti after the Italian came in for heavy criticism following his side’s exit to Real Madrid in the Champions League.

The Ligue 1 leaders crashed out in the last 16 to their La Liga rivals, a result which has seen Emery’s position at the helm of the capital club brought under intense scrutiny.

Verratti did help his manager, nor his team-mates when he was sent off during the tie for a second bookable offence, effectively ending any hope his side had of turning the tide. 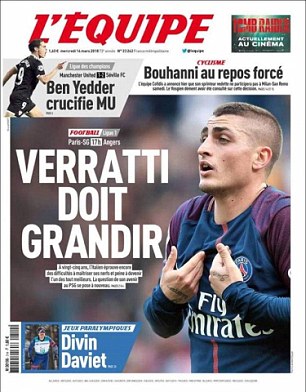 His actions on the pitch have raised questions about his own inability to reach the potential he once promised when arriving from Pescara in 2012, with French paper L’Equipe suggesting an exit plan could be hatched soon if there are no signs of progress.

However, Emery was quick to defend the 25-year-old, who has been capped 24 times by Italy, and is set to be named in Luigi Di Biagio’s side to face England at Wembley later this month.

Their European exit, without prized asset Neymar on the field, was a chastening experience for a side who had looked imperious during the competition’s group stages.

But Verratti is capable of learning from what has been a thoroughly rotten experience, according to Emery.

‘Marco is a player with lots of character.

‘He must learn to manage his frustrations during the match. But he is making progress. He knows that he needs to improve certain things. he will continue to grow.’ 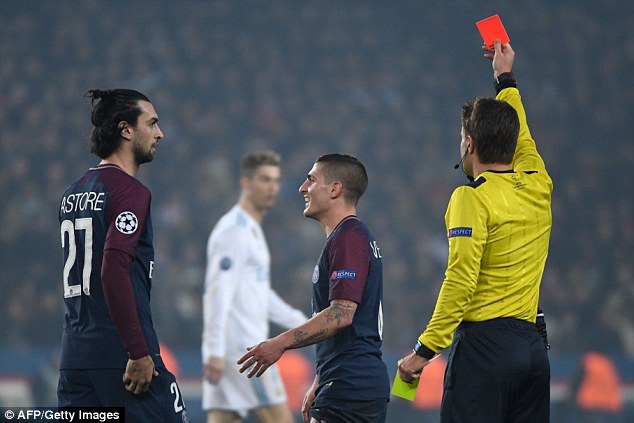