Unai Emery: PSG side is ‘better than last season’

Paris Saint-German boss Unai Emery believes the addition of superstar strikers Neymar and Kylian Mbappe has made his side more formidable than last season.

The Paris outfit splashed a world-record £198million to bring Neymar in from Barcelona before luring Mbappe away from Monaco in a deal set to become permanent for £166m next summer.

Emery’s side, who top Champions League Group B, take on Bayern Munich at Allianz Arena on Tuesday night, and the PSG boss believes Jupp Heynckes has improved the German champions. 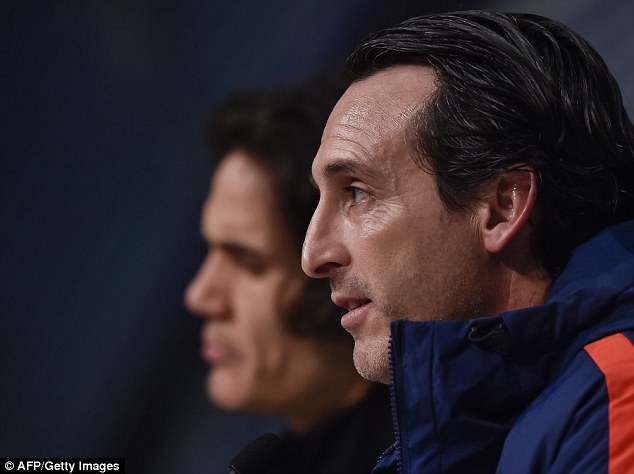 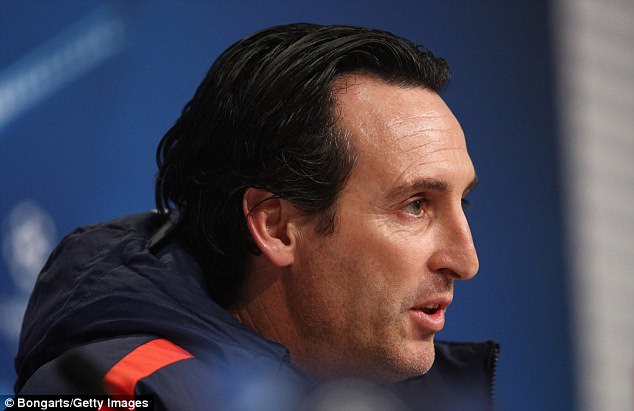 But the PSG boss has insisted that Bayern are not the only ones to have improved this season.

‘Bayern are great in attack, even more so at home,’ Emery said in Munich on Monday. ‘Jupp [Heynckes] has added quality to this team but there are still many similarities [to Carlo Ancelotti’s side that lost 3-0 to PSG in September].

‘As for us, this is a better PSG side than last season. This will be a big test for us.’

‘We are here and we want to win,’ Emery added. ‘We want to keep our three-point lead, even if we know that this will be difficult. The idea is to control the match with our ideas and through our dominance in possession.

‘If needs be, we will have to adapt to our opponents. We did that in the first game and spent a lot of time in transition.’ 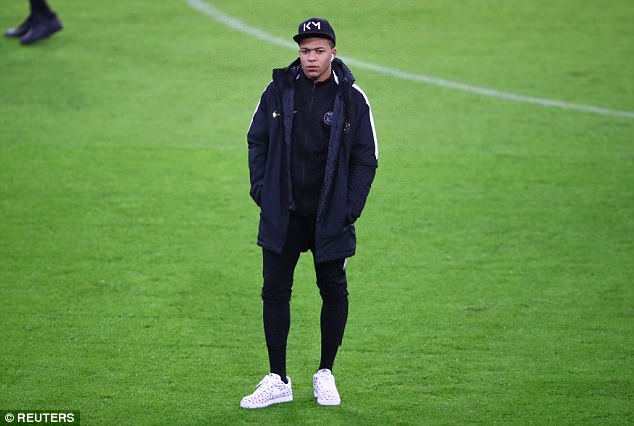 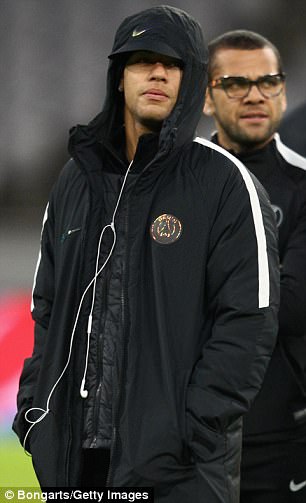 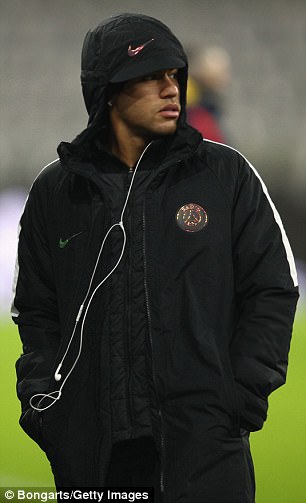 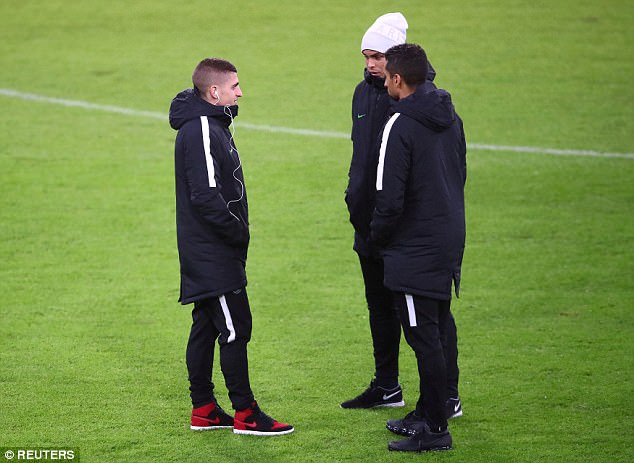 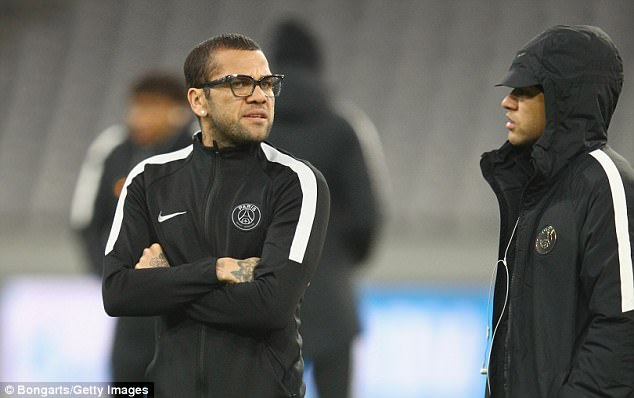 The Parisians’ right back, Dani Alves, talks to his former Barcelona team-mate Neymar

Although he is closing in on the Swede’s tally, the PSG frontman has ensured he is not getting carried away by the glory of personal achievement.

‘When this happens, it will be something good,’ Cavani said. ‘That sort of thing is important for a football player.

‘However, everybody at the club knows my way of thinking and behaving. I think more about the collective than the individual. If the collective is working well, then everything else will come.

‘I am working as hard as I can in order to give everything possible. If this happens, it happens. However, the most important thing is winning and being champions come the end of the season.’ 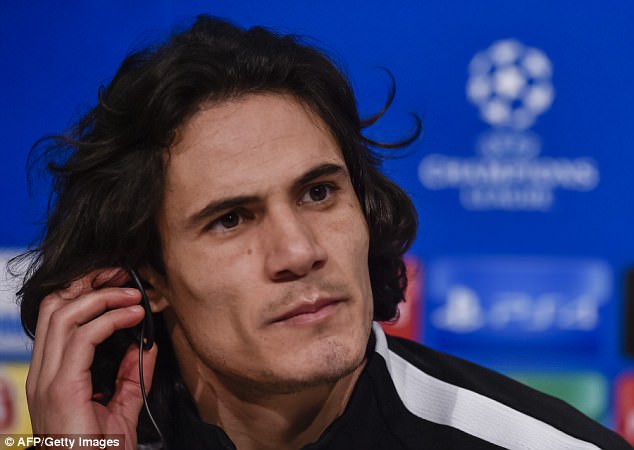 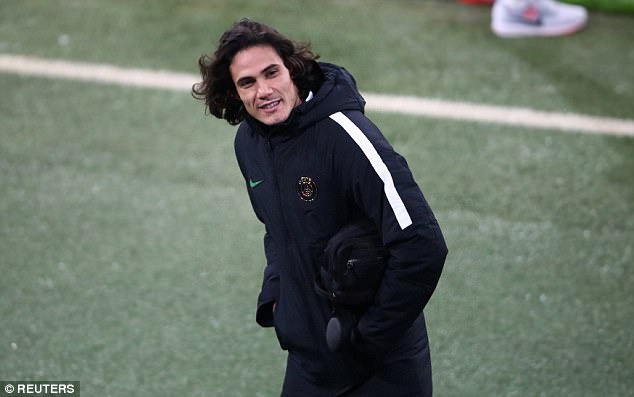 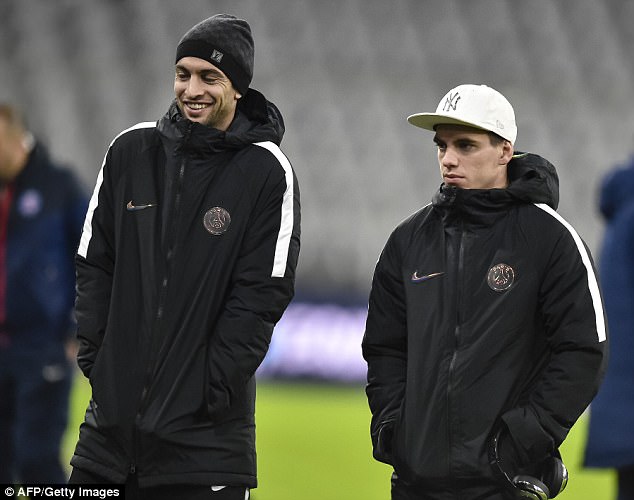 The introduction of Neymar and Mbappe has seen PSG form a stunning three-pronged attack which has blown away defences both domestically and in Europe.

And the Uruguayan alluded to the fact that the three of them each operate differently both on and off the pitch — but no one particular way is the correct way.

‘It is the way I am, my way of being — how I live football,’ said Cavani. ‘I think that I have always behaved this way, throughout my career.

‘Everybody has their own ways of being professional on and off the pitch. I think that my team-mates are used to it. They are major players. They are like that. We must respect each other’s way of being.

‘The most important thing is to all be professional on the pitch and to respect the club. Play at 100 per cent and always support the team.’ 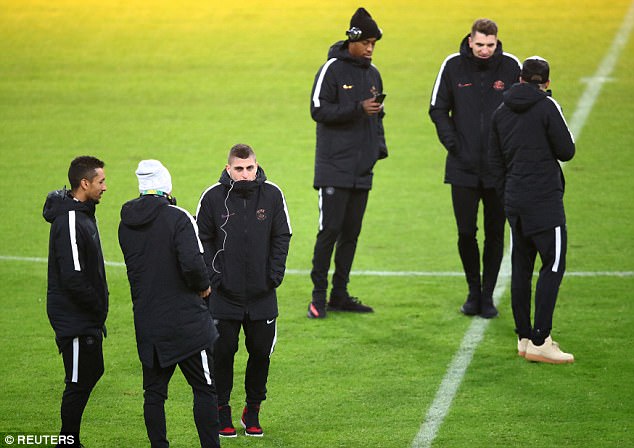