Uncle, 44, shoots dead his niece, 21, with ‘whom he was having a secret sexual affair’

A Florida man is being accused of shooting dead his much-younger niece with whom he was having a secret sexual affair, police said.

Stephen Myers, 44, allegedly followed 21-year-old Winnie Mendoza home before killing her at around 8 a.m. on July 26, according to Miami-Dade police.

Myers, who is married to Mendoza’s aunt, said he’s been having an illicit affair with her for the past two years.

Officials said that as Mendoza got out of her car, the suspect approached her with a firearm and demanded to know who she had been with all night. 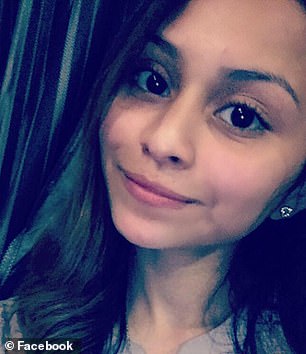 Winnie Mendoza, 21, seen in Facebook photos, was fatally shot by her jealous uncle outside her Miami-Dade home last Friday morning 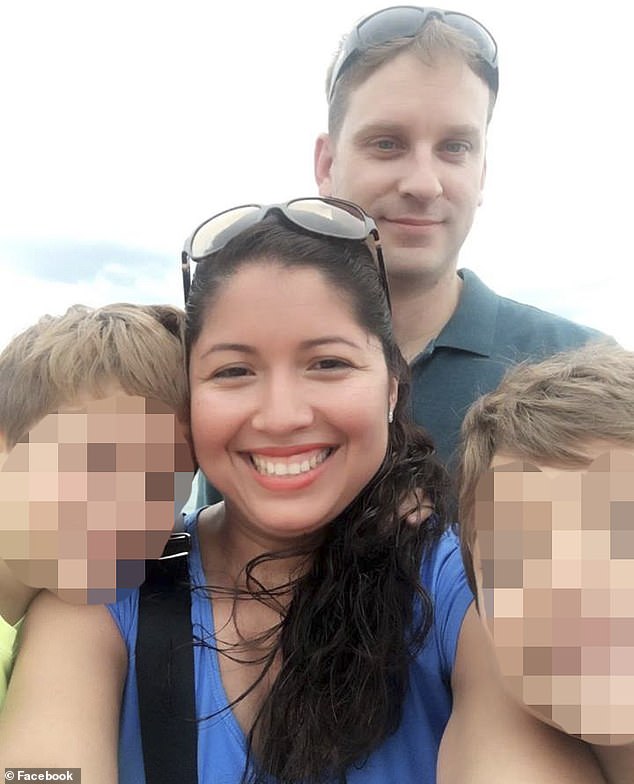 Stephen Myers, 44, is married to Mendoza’s aunt, 34-year-old Luisa Amanda Mendoza, with whom he has two sons (they are seen in a Facebook photo) 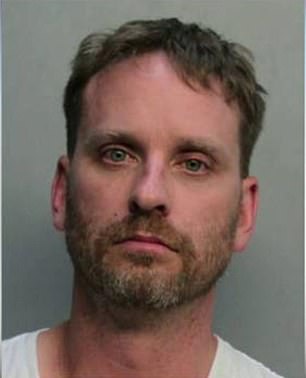 They got into a heated argument and Myers shot the victim multiple times and fled the scene.

Officers responded to a call of shots fired at the corner of Southwest 152nd Avenue and Southwest 307th Street in the Leisure City neighborhood.

Mendoza’s mother-in-law reportedly found her body lying in the driveway in front of her house.

Officials said they recovered a gun at the scene.

Myers drove home and confessed what he had done to his wife, 34-year-old Luisa Amanda Mendoza, WPLG Local10 reported.

The suspect fled his home in the Keys Landing community in Homestead but was tracked down by police soon after.

He later gave officers a full confession about the shooting, the arrest report said.

According to the Miami-Dade Police Department, Myers said he was jealous because he believed Mendoza had spent Thursday night with someone else.

Myers, who appeared before a judge on Saturday, has been charged with second-degree murder and was booked into Turner Guilford Correctional Center under no bond.

‘The defendant would pose a threat to society given the fact that he has exhibited violence with a firearm,’ a prosecutor said at the hearing.

The station reported that prosecutors have his recorded confession and detectives have the gun that they believe he used to kill Mendoza.

His next hearing is set for next month. 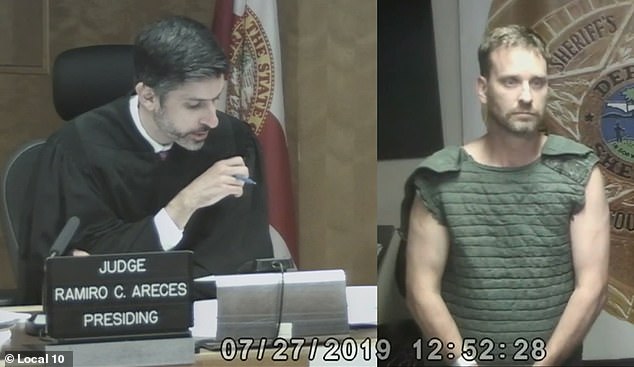 Myers faced a Miami-Dade county judge on Saturday (pictured). He faces charges of second-degree murder and was booked into jail under no bond 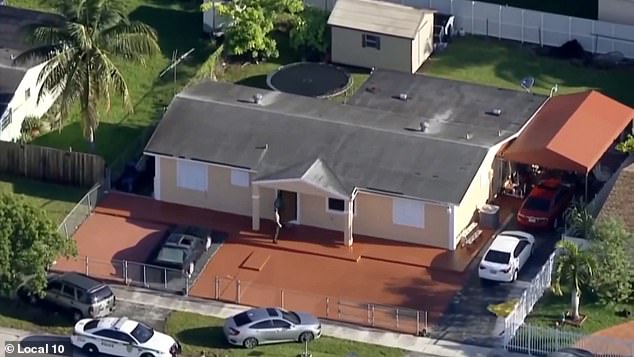 Myers allegedly followed Mendoza home (pictured), approached her with a firearm and demanded to know who she had been with all night 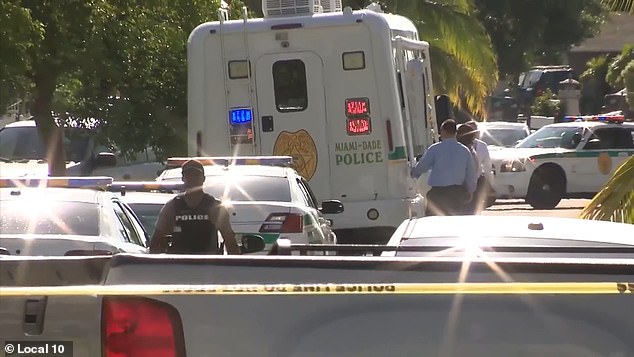 Police responded to a call of shots fired at around 8:30 a.m. Friday in the 15000 block of SW 307th Street and found Mendoza’s body lying in the driveway in front of her home

Another one of the victim’s uncles told CBS Miami that she worked two jobs and was studying to become a pharmacist.

‘We are a big family and we all feel terrible,’ Angel Calderon told the station.

‘I can’t tell you anything about that person or say if my niece had a boyfriend or say anything at all. You probably know more than we do. We are waiting for the details,’ Calderon said.

‘She don’t drink. She don’t do nothing. That’s all I can tell you. She was a very good girl,’ he added. 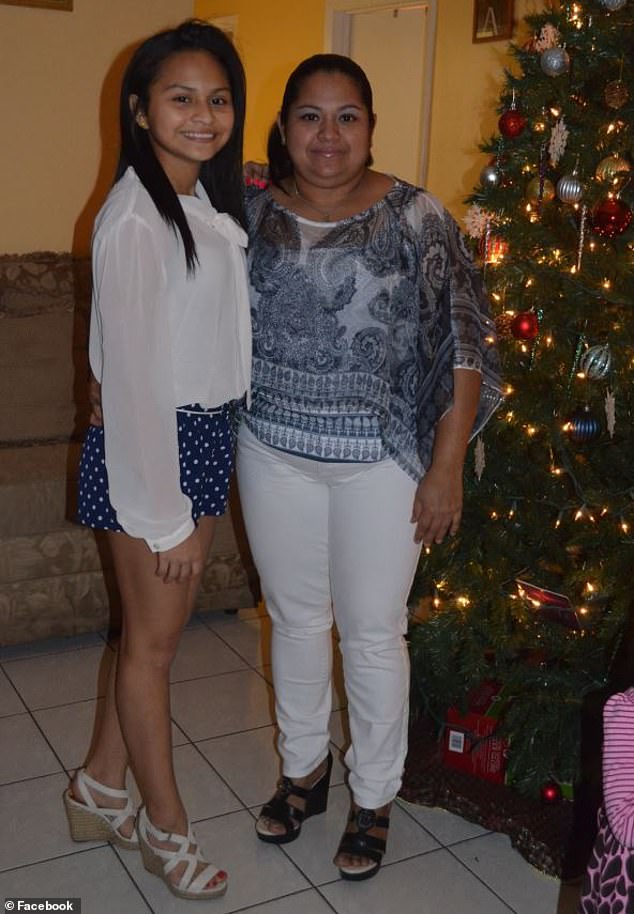 Mendoza, seen in a Facebook photo with her mother, was studying to become a pharmacist and was set to celebrate her 22nd birthday in August 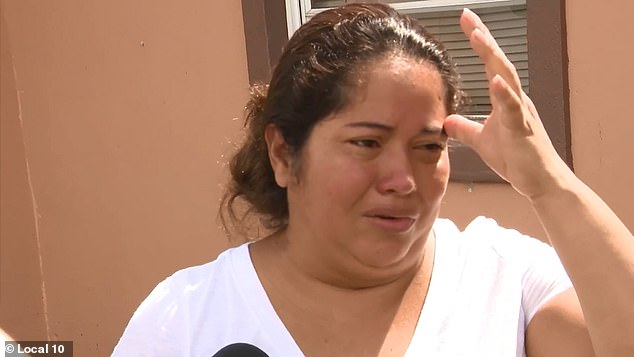 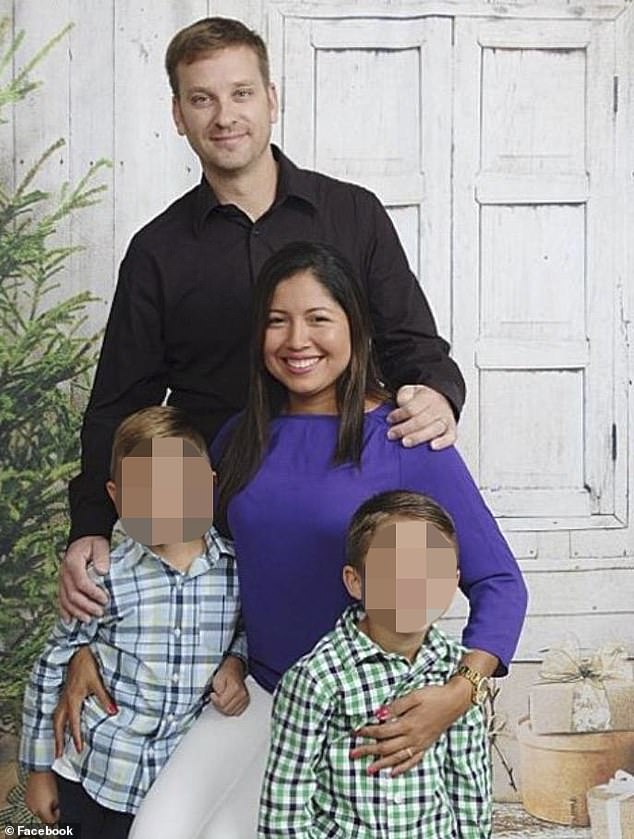 Myers, seen in a Facebook photo with his family, reportedly drove home after shooting his niece and confessed to his wife

Mendoza’s was set to celebrate her 22nd birthday on August 25.

She graduated from Keys Gate Charter School in Homestead in 2015 and was working at a Publix Super Market’s pharmacy, according to Local10.

‘She worked. She didn’t have any bad habits,’ Mendoza’s aunt told NBC 6 in Spanish. ‘All she did was work.’

Local10 reported that her school friends remember her as ‘just overall a sweet and beautiful person,’ and that they don’t believe Myers’ allegation about the affair.