The uncle of a career criminal who was stabbed with a screwdriver in a botched burglary has been spared jail after cheating pensioners out of thousands in cash.

A judge told the rogue trader, who has previous convictions for fraud, he had decided to ‘call his bluff’ to see if he could stick to his promise to put his criminal past behind him.

But Vincent, 51, has now been handed a two-year prison sentence suspended for two years.

He must also carry out 200 hours of unpaid work and be subject to a six-month tagged curfew.

Vincent, who is said to be earning ‘meagre wages’ as an electrician’s mate, was given just six months to pay compensation totalling almost £23,000, Maidstone Crown Court heard.

Judge David Griffith-Jones QC said: ‘You have pleaded guilty to two offences of fraud, rogue trader offences. Your victims were fleeced and both were elderly and lived alone. It is clear these two offences bear your particular signature.

‘You maintained you had seen some sort of problem with their property which you offered to fix, resorting to a calculated form of subterfuge to support your assertions that work was required.

‘What you purported to carry out was of little or no value. In my judgment it would be wrong to ignore that previous sentence and the fact you have now been released on licence.

‘In the circumstances I am going to take what might be thought to be an exceptional course by allowing you to maintain your liberty.

‘In taking this course, I do so after giving you credit for your guilty pleas. A prison sentence is plainly demanded but in the circumstances I am going to call your bluff and give you another chance by suspending the operation of that sentence.’ 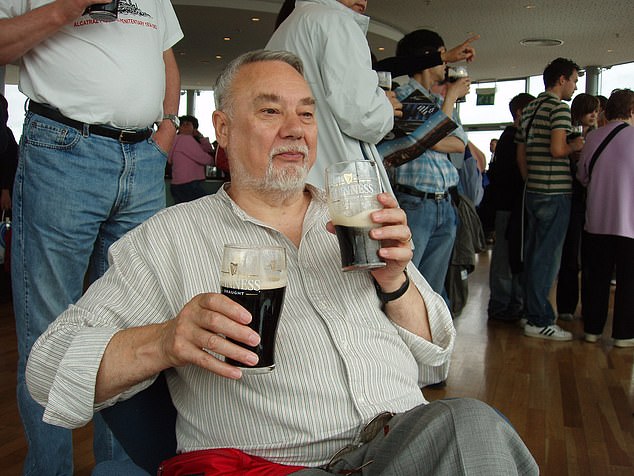 Richard Osborn-Brooks, 78, was held on suspicion of murder after stabbing Vincent’s nephew Henry during a break-in at his home last year

One of Vincent’s victims, who had lived in his home since 1938, handed over £23,000 for work costing approximately £1,000 while the other, an 88-year-old woman, was pressured into paying £700 for roof works worth nothing.

These offences, committed between October and December 2017, involved targeting victims and telling them their roofs were leaking and needed urgent repairs.

Vincent, who lives with his second wife, their children and his ageing father in Wagtail Way, Orpington, Kent, was on bail at the time of one of the scams.

His ‘calculated subterfuge’ also included pouring water in various parts of the properties, and even suggesting one home was infested with rats and he had been bitten during an inspection.

Vincent was previously jailed for six years in 2003 after he and six other members of the family, including his deceased nephew, duped OAPs out of almost £450,000.

He has a conviction for burglary in 2008, and then in April last year he was jailed at Maidstone Crown Court for a fraud in which he, his son and another man ripped off a homeowner to the tune of £6,000 by using a similar ruse that his roof was rotting and infested with rodents, bird nests and maggots.

Their deceit was discovered when the concerned resident contacted his insurance company and police were alerted.

There were no infestations and a genuine builder who later inspected the ‘work’ carried out concluded it was ‘valueless, non-urgent and bodged’.

Prosecutor Don Ramble told the court Vincent was arrested and interviewed about the two scams while in prison for a previous offence. 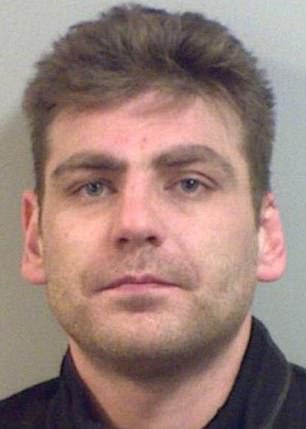 He had told his the first victim he would ‘sort out’ what were non-existent leaks and then purported to fix the roof over a number of days.

‘An expert who looked at the work carried out said the value was nil, save for, some replacement fascias with a value of about £1,000,’ said Mr Ramble.

‘But he also indicated these didn’t need replacing. The ruse given was that they were rotten.’

The second victim was tricked into handing over £700 after Vincent poured water over her outer wall.

But the court heard the work he then carried out amounted to removing grass from guttering.

Vincent then repeatedly ‘haggled’ with her over paying out more for extra roof repairs which he claimed were urgently needed.

‘She described how she didn’t really believe him, and told him she didn’t have the money,’ said the prosecutor.

‘He kept on but wisely she refused. He said he would leave the work until after Christmas but she didn’t see him again.’

Philip Rowley, defending Vincent, said he had tried to ‘move forward’ since his release, having realised he was ‘too old’ to continue with a criminal way of life.

‘He wants to lead a productive life and has found work through another family member. These matters from late 2017 have now come back to bite him,’ he added.

The latest comes less than a year after he was jailed for 21 months alongside his 26-year-old son, also called David.

Vincent appeared in court alongside his son just three weeks after his nephew Henry had died during a break-in at the home of pensioner Richard Osborn-Brooks, then 78, and his 76-year-old wife, Maureen, in Hither Green, south east London, on April 4.

The suspected crook fled the scene but collapsed in the street and later died from the stab wound to his upper body at hospital.

Mr Osborn-Brooks was subsequently arrested on suspicion of murder but later released without charge and no action taken.

An inquest opening at Southwark Coroner’s Court in April last year heard that father-of-four Henry Vincent, from Lime Road in Swanley, Kent, was jobless and single when he and an accomplice broke into Mr and Mrs Osborn-Brooks’ home at about 12.30am.

The former RAC man allegedly stabbed Henry Vincent during a struggle at the 1920s terraced property.

Despite being released without charge, Mr Osborn-Brooks and his wife have not returned to their property since that night.

Vincent’s death sparked huge public debate of the rights of homeowners to defend themselves and their properties.