Meghan Markle is close to her ‘free-spirited’ mother and her ‘thoughtful, inspiring’ father. The actress has written lovingly of her relationship with both.

But it is the star’s extended family who have hit the headlines – with one commentator describing them as a ‘motley collection of individuals who, between them, have a long record of boozing, bust-ups and bankruptcies’.

From a gun crime arrest to a Twitter rant accusing the Suits actress of hypocrisy, Markle’s step-relations have already proved controversial so far.

Miss Markle has described her mother as a ‘free-spirited clinical therapist’.

Writing on her lifestyle blog, she told how her mother took her to visit the slums of Jamaica and to see poverty in Mexico when she was just 10.

‘My mother raised me to be a global citizen, with eyes open to sometimes harsh realities,’ Miss Markle revealed.

Ms Ragland, who is African-American, met Miss Markle’s father, Thomas Markle, on the set of the US soap General Hospital, where he worked as a lighting director when she was a temp in the studio.

‘I like to think he was drawn to her sweet eyes and her Afro, plus their shared love of antiques,’ Miss Markle wrote.

They divorced when Miss Markle was six. Although she lived with her mother in Los Angeles, Miss Markle also spent a great deal of time with her father.

Ms Ragland has worked at a day centre for adults with memory loss and as a yoga therapist.

Ms Ragland, who filed for bankruptcy in 2002, has kept her daughter’s counsel despite the press interest.

She was mentioned in the Kensington Palace statement which attacked the media over its treatment of Markle, saying that her mother was ‘having to struggle past photographers in order to get to her front door’.

Ms Ragland also joined her daughter and Harry to watch the Invictus Games closing ceremony in Toronto in September. 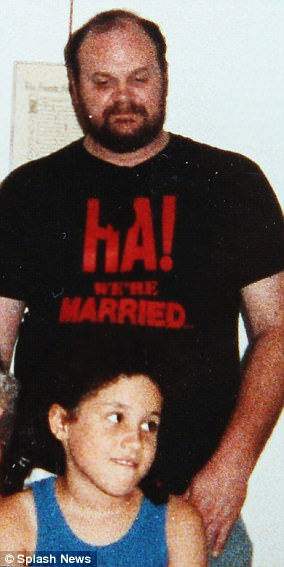 Thomas Markle is a former TV lighting director who worked on shows such as hit sitcom Married… with Children and popular US drama General Hospital.

He won two Emmys for his team’s work on General Hospital and was nominated for countless others.

Miss Markle is his only child from his second marriage to Doria Ragland. He has two older children from his first marriage to Roslyn Markle.

He lives a quiet life in Mexico and filed for bankruptcy in 2016 after reports he failed to pay his debts.

Miss Markle is close to her father, who is of English and German descent, and has described him as hardworking and caring and believing in her ‘grand dream’ of becoming an actress.

She has paid tribute to ‘the blood, sweat and tears this man (who came from so little in a small town of Pennsylvania, where Christmas stockings were filled with oranges, and dinners were potatoes and spam) invested in my future so that I could grow up to have so much’.

She added: ‘It’s safe to say I have always been a daddy’s girl – he taught me how to fish, to appreciate Busby Berkeley films, write thank you notes, and spend my weekends in Little Tokyo eating chicken teriyaki with vegetable tempura.’

Her new collection of dolls had ‘a black mom doll, a white dad doll, and a child in each color. My dad had taken the sets apart and customized my family’.

When Markle was confronted with a tick box form to fill in at school about her ethnicity and found she did not fit in to just one category, she revealed: ‘My dad said words that will stay with me forever: ‘Draw your own box’.’ 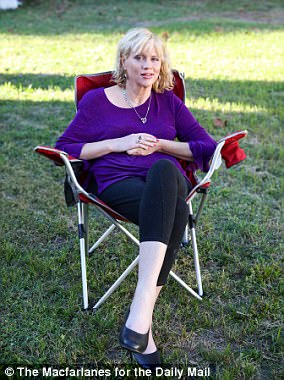 Samantha Grant – also known as Samantha Markle – describes herself as a writer, a mental health counsellor and a ‘blabbermouth’.

She is Miss Markle’s half sister from her father’s first marriage. A one-time actress and model, she was diagnosed with multiple sclerosis in 2008 and uses a wheelchair.

Based in Florida, she is 17 years older than Markle and sells jewellery to raise money to fund the feature films she writes.

Twice-divorced, she has three children – Ashleigh, Christopher and Noelle.

Like her father, she once filed for bankruptcy and is estranged from her mother Roslyn – Thomas Markle’s first wife – and brother Thomas Jr.

Ms Grant has been an outspoken critic of Miss Markle since news of her relationship with Harry broke, describing her in interviews as a ‘shallow social climber’ and claiming she shunned her since making it in Hollywood.

‘The royal family would be appalled by what she’s done to her own family,’ she said, before complaining that she was ‘still waiting’ for her wedding invite.

She said Meghan had barely spoken to her she was diagnosed with MS nearly a decade ago, but later maintained she never made the critical comments of her half sibling.

Ms Grant claimed she raised Miss Markle for 12 years while she was growing up in California but her ex-husband, Scott Rasmussen, disputed this.

While she has described Markle as ‘very beautiful and conservative, very real, very giving’, she has also attacked her on Twitter for her lifestyle website The Tig, which Markle has since closed down.

‘There is so much more to focus on in the world than shoes and handbags,’ she said, accusing Miss Markle of ‘hypocrisy’ for presenting herself as a humanitarian activist.

When Markle wrote an article for Time magazine about period poverty across the world for International Women’s Day, Ms Grant retorted: ‘But what did she donate to them to make real change come about? Money for toilets, maxi pads, or just a photo op?’

As rumours Harry was engaged to Markle mounted, Ms Grant, in a television interview with Good Morning Britain, denied there was a rift between her and the actress, describing her as ‘absolutely lovely’, ‘very strong’, very graceful’ – and also ‘very lively’.

She insisted she was not writing a ‘slamming tell-all’ book, but confirmed the work was called The Diary of Princess Pushy’s Sister. 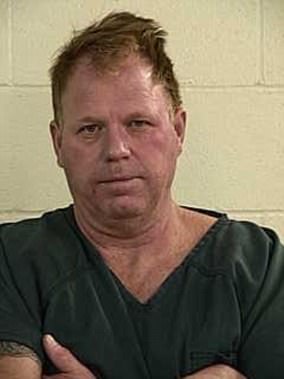 Thomas Markle Junior, 50, has been bankrupt once and divorced twice

Thomas Markle Junior, 50, has been bankrupt once, divorced twice and faced trial on gun charges before the case was dropped.

The father-of-two lives in Grants Pass, Oregon, and works as a window fitter.

He was arrested in January 2017 for allegedly holding a gun to his girlfriend Darlene Blount’s head during a drunken argument.

Charged with unlawful use of a dangerous weapon and menacing domestic violence, he faced jailed for up to five years if convicted. The charges were later dismissed. He apologised for his actions and said he was seeking help for his drinking problems.

Mr Markle Jr is not thought to be in contact with his famous half-sister but has given interviews about her and shared family photos with the media.

He claimed Harry had met his girlfriend’s father Thomas, but older sister Samantha denied this, tweeting: ‘My father hates Tom Jr. And will not talk with him. The articles are B.S. My dad has NOT met Harry.’

Thomas has two sons, Tyler and Thomas Markle III, with his ex-wife, florist Tracy Dooley, whom he divorced in 2001. His second marriage, to Iohannes Rawha, ended in 2009. 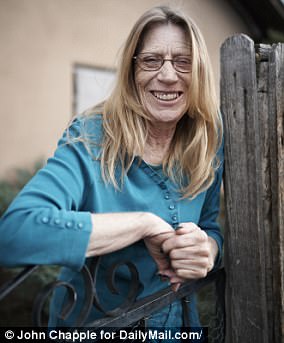 Rosyln Markle has been complimentary about Miss Markle

Roslyn has said of her estranged daughter: ‘Everything she has said about Meghan is a lie.’

The 71-year-old lives in Albuquerque, New Mexico, and has been complimentary about Miss Markle.

‘Meghan is very pretty, very nice, very polished and very classy. I never hear anything but good about her from my son Thomas (Jr),’ she said.

She also has a younger son, Bobby Lucero.