Under-fire Thibaut Courtois has no problem being target for critics

‘If you want to be a Real Madrid goalkeeper, you have to accept this pressure’: Under-fire Thibaut Courtois has no problem being target for critics

Under-fire Real Madrid goalkeeper Thibaut Courtois believes the criticism he has received since joining the club is part and parcel of playing in goal at the Bernabeu.

The Belgian star joined Real last summer following the World Cup, but has attracted his fair share of criticism and has not become a fans’ favourite in his first year.

Courtois came off at half-time on Tuesday night with Real Madrid 2-0 down against Club Brugge in the Champions League, before his replacement Alphonse Areola helped the side to a 2-2 draw. 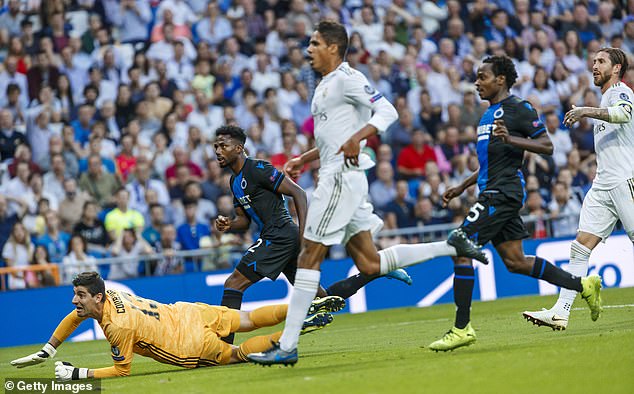 Areola is set to continue in goal at the weekend while Courtois continues his recovery from illness, but the 27-year-old is not worried about his struggles.

Speaking to Marca, he said: ‘If you want to be a Real Madrid goalkeeper, you have to accept this pressure.’

This season, Real Madrid sit top of the La Liga table but it has been far from plain sailing and Zinedine Zidane’s side have already drawn three matches.

Courtois, meanwhile, is a ready-made target for criticism, given his history with Atletico Madrid and the fact that he ousted the popular Keylor Navas in goal. 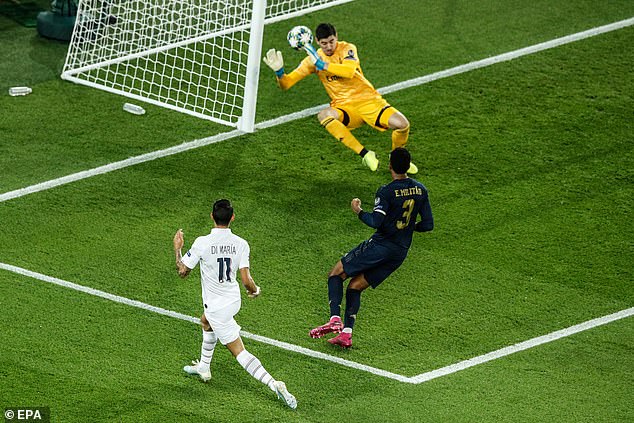 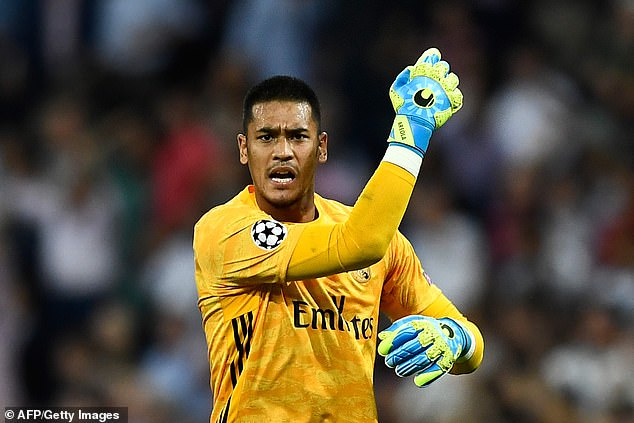