UNDER THE MICROSCOPE: Comedian Jenny Eclair, 58, answers our health quiz

It varies. Some days I wake up and feel like a corpse but, recently, before I can persuade myself otherwise, I’ve been rolling out of bed and straight on to a mat to follow a YogaTX video.

Yes, my diet is good — at least I’ve managed to persuade myself that it is. Breakfast is melon with a poached egg and toast.

For lunch, I like a salad with lots of greens and butternut squash. Dinner will be some chicken or a fish dish.

Since quitting smoking 15 years ago, I’ve developed evil crisp hands. I’ve also got a terrible low-fat mayonnaise habit and have at least two glasses of white wine a night — I might as well just sit there eating sugar cubes.

Dad died at 90 of organ failure, but he’d been plagued by heart problems for 20 years. Mum is still alive and kicking at 89.

She won’t even look at an aspirin, she thinks it’s a bit Class A.

Recurrent mouth ulcers. I first experienced them as a child and they came back with a vengeance in my 40s. How can something so innocuous be this painful? A steroid cream called Adcortyl In Orabase helps.

I’m on a diuretic and beta-blocker for my high-blood pressure — and HRT because I got very, very angry when I turned 52 and it was basically HRT or HMP Holloway.

I was becoming a danger to myself and HRT controls my mood swings. I also developed dry eye disease a year ago and now take omega-3 as it helps reduce symptoms.

I’m pretty good. I have a theory that if it gets too bad, I’ll faint and put myself out of my misery. I occasionally get migraines, but I have Migraleve for that, which knocks me out.

My dad was ex-Army and my mother is very stoic, so I’m not really wussy. 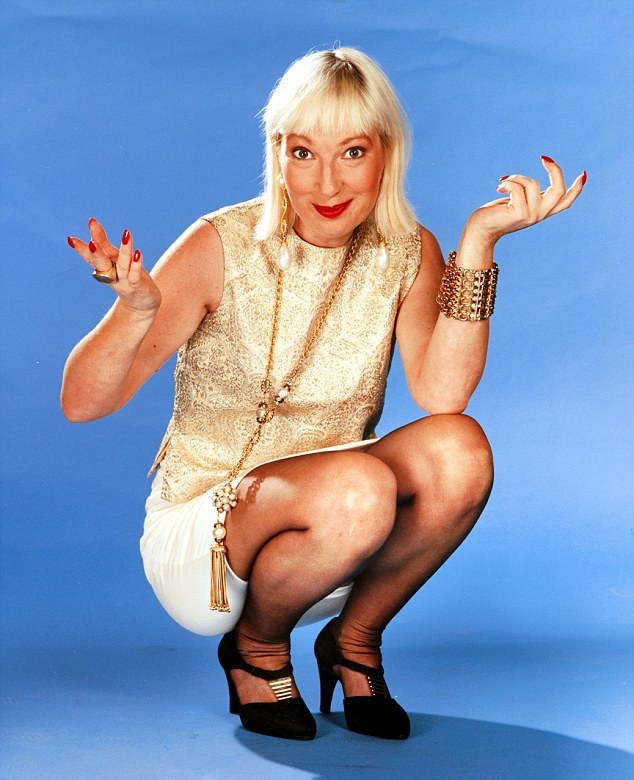 Back in the day: A younger Jenny has always insisted that she’s stoic, saying: ‘My dad was ex-Army and my mother is very stoic, so I’m not really wussy’

The only solution is swimming. Cold water flushes it out.

Yes, and I love my sleep. My husband, Geoff, just extended our bed, so I can’t wait to get back into it at night. I have two medium bolsters along the bed, and a soft pillow on top.

Octopuses — they may be tasty, but I wouldn’t want one brushing up against my leg in the sea.

Only if I can bend down to unroll my yoga mat and I’ve got enough money.

Jenny Eclair is the ambassador for Vagisan MoistCream, a treatment for vaginal dryness.