Underwater pictures show ELEPHANT get in the swim

This stunning set of photos show animals lurking under the water, including a majestic elephant paddling below the surface.

The show show a whole host of underwater scenes, from a colossal whale shark floating below a boat, to an enormous Barrel Jellyfish captured at dusk.

They also show a curious bear poking at an underwater camera while submerged, as well as a serene seal floating in the sea.

In some of the pictures, smiling people can be seen mere metres away from the majestic and, in some cases, deadly creatures.

They are taken from all around the world, ranging from the North East of England to the waters of Cuba.

The awe-inspiring photos will make you wonder what’s out there beneath you next time you go for a swim.

The stunning set of photos show a whole host of sea creatures underwater, but this incredible shot shows an elephant, named Rajan, happily paddling as he swims beneath the surface, although it isn’t known where the photo was taken 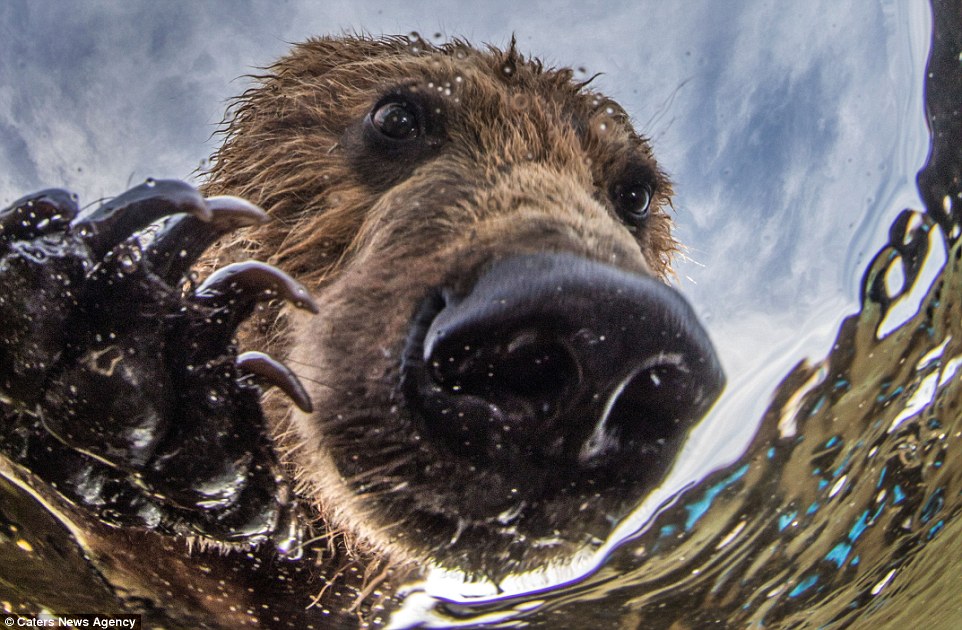 And Rajan the elephant isn’t the only surprising animal to make an appearance in the collection of photos with this breathtaking show showing the moment a curious bear, drenched in water, wades up to an underwater camera and claws at it curiously, before pushing his snout right in 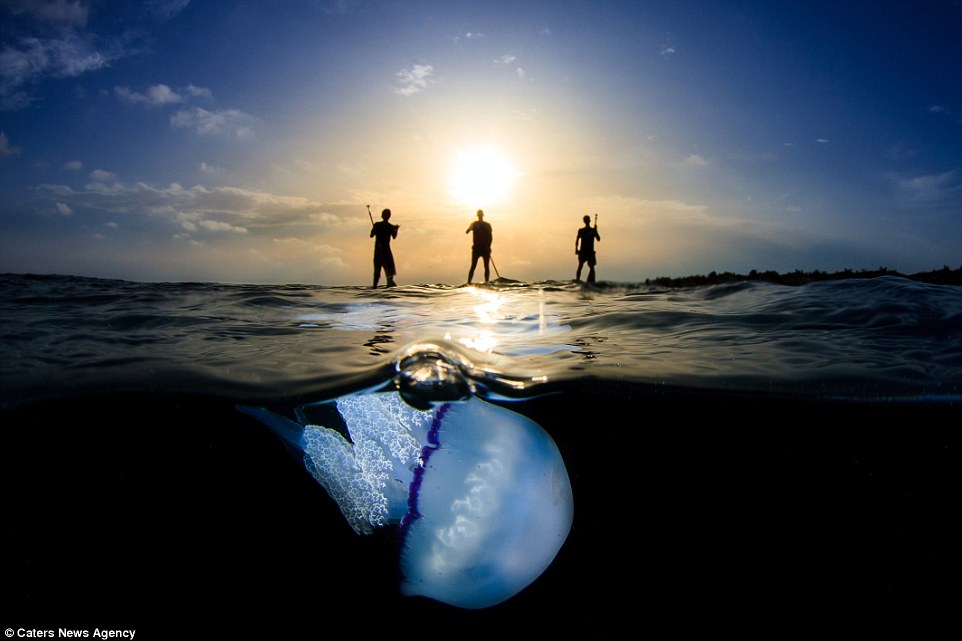 This jellyfish shows that sea creatures can be just as interesting as an elephant, with the odd perspective on the camera making it look huge as three fisherman can be seen looking in its direction, with the breathtaking photo making the scene appear as if it is a movie poster 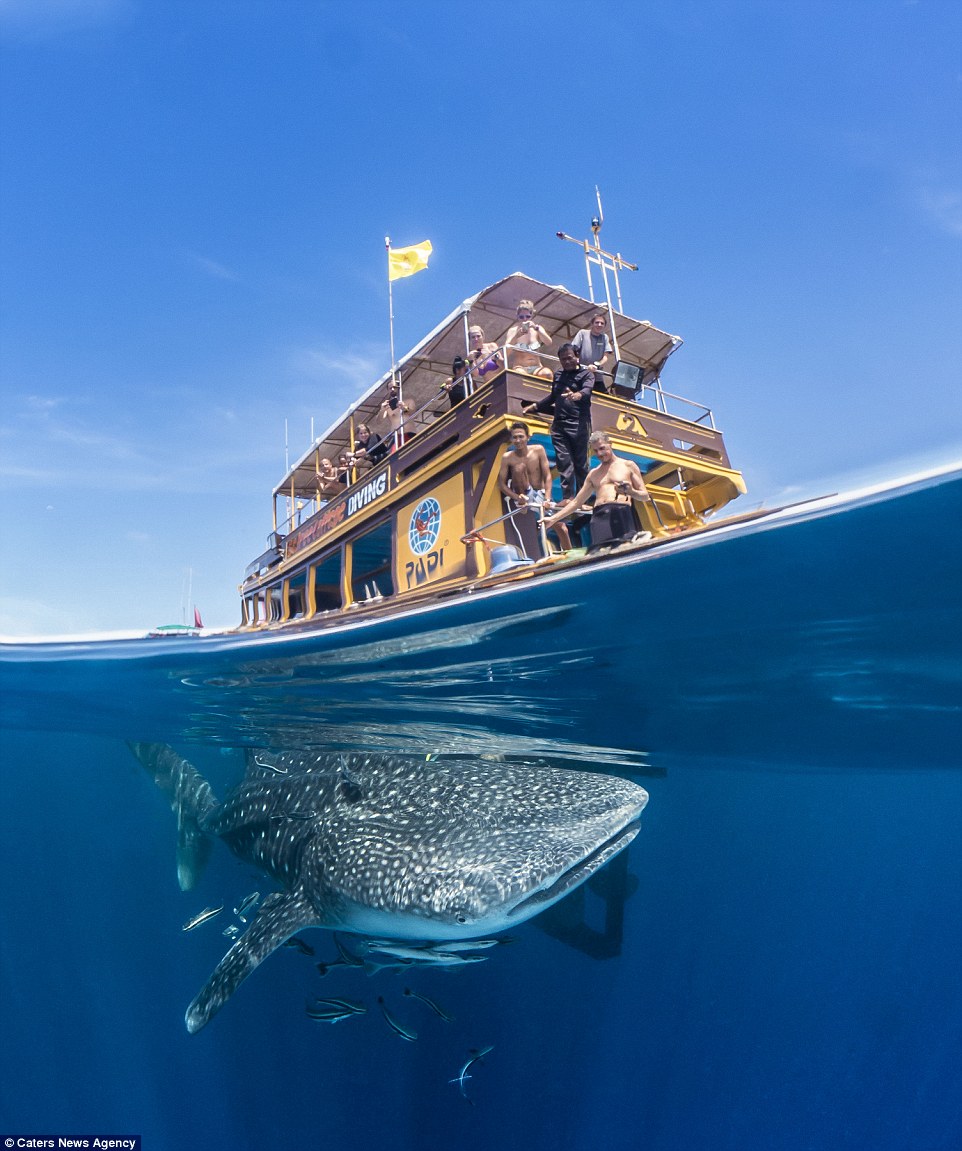 The contrast on this photo is breathtaking, as a group of young people can be seen looking extremely relaxed while following the movements of a sleek majestic whale shark that is swimming under the water near their boat 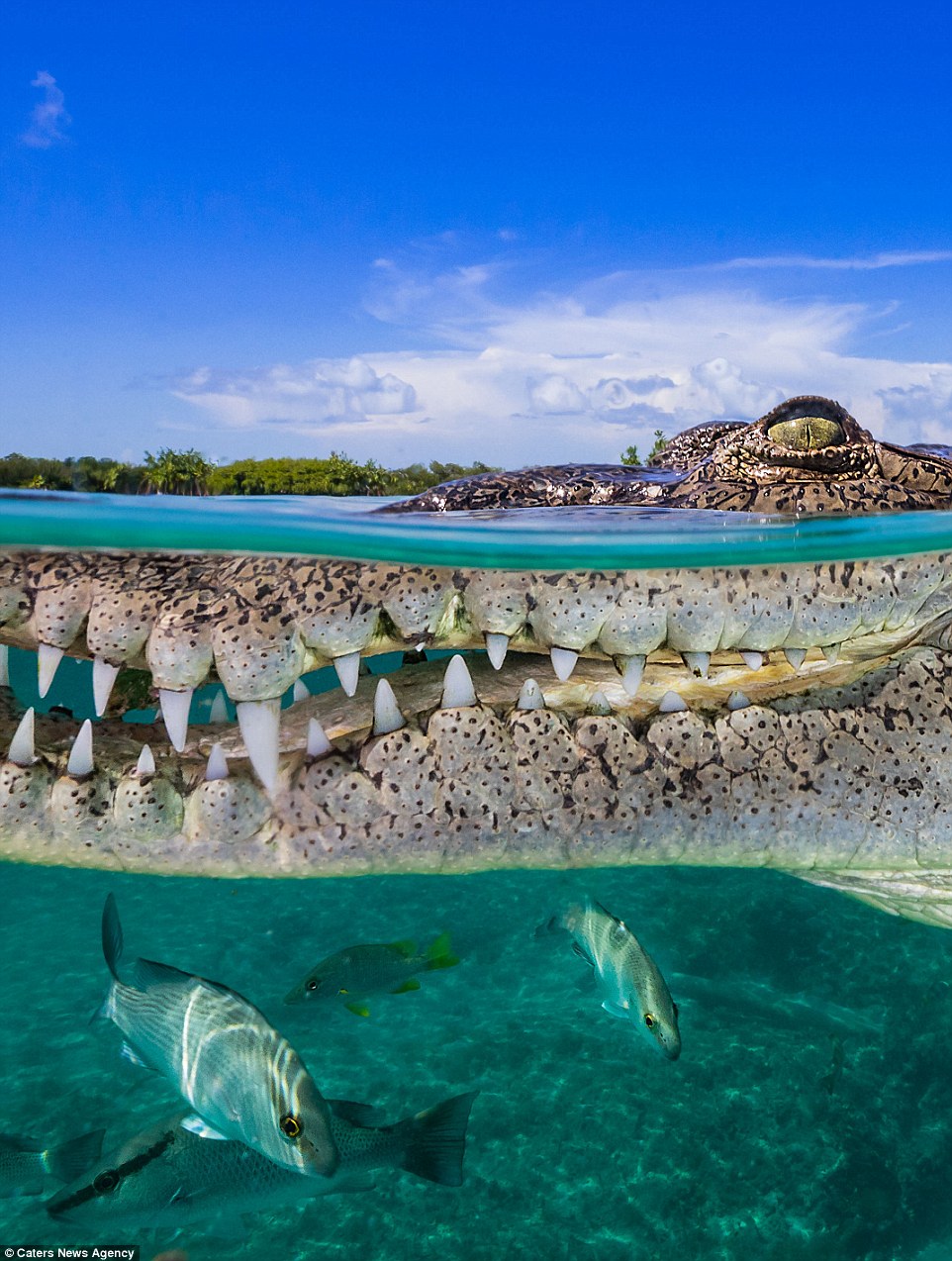 Meanwhile, this terrifying image is sure to make you uneasy next time you wade into the water, the crocodile, pictured in a bay in Cuba, seems to be grinning malevolently as it scouts the surface with one eye while its deadly and sharp teeth look ready to devour something under the water 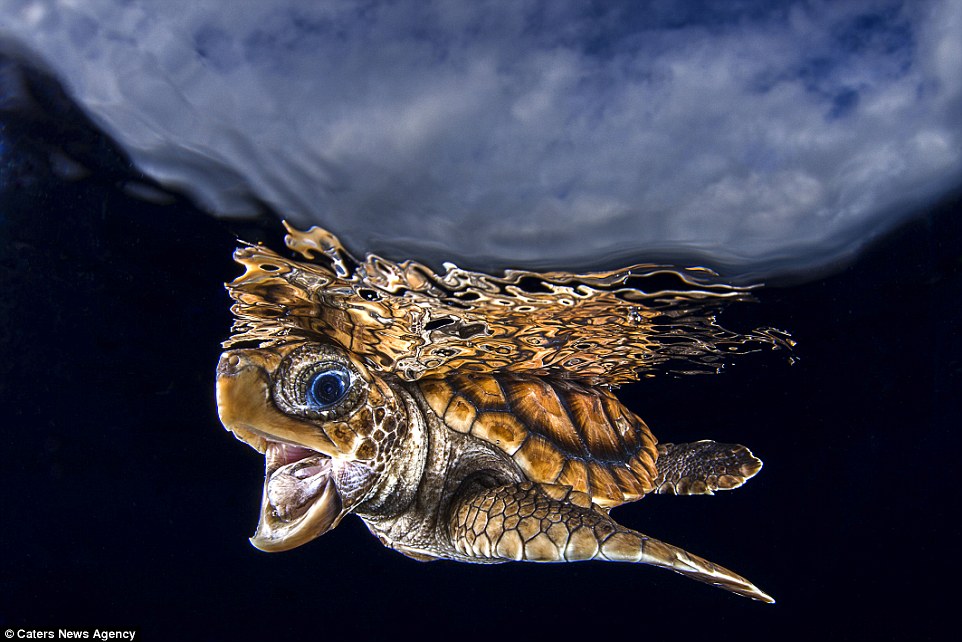 From the terrifying to the cute, this stunning shot captures an adorable sea turtle as it swims below the surface, with the rippling water above and the darkness of the depth making the photo look like a piece of stunning art 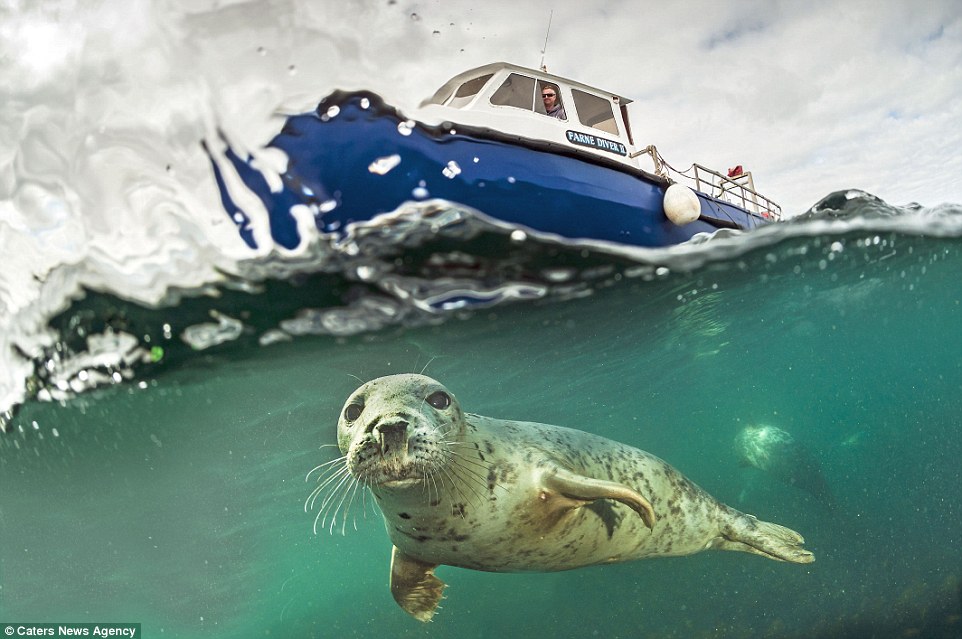 And this curious seal seems infatuated by the camera as it stares right into it while remaining completely oblivious to the boat trawling through the waves behind it. The nosy seal was snapped underwater near the Farne Islands in North East England 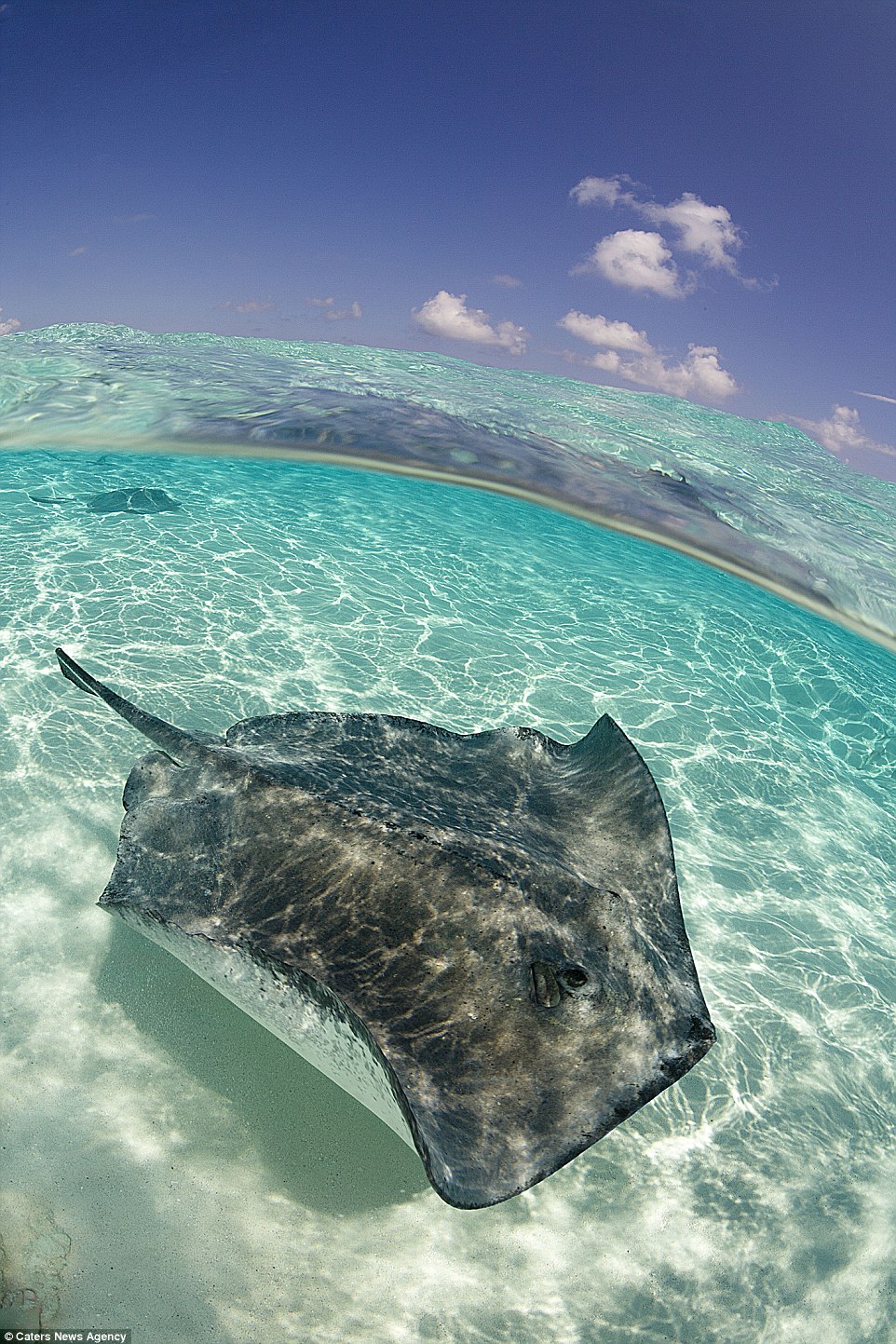 This is the breathtaking photo of a stingray as it glides through stunning, clear waters. The photo was apparently taken just moments after the creature had just photobombed the wedding of an unknown couple before calmly continuing on its way 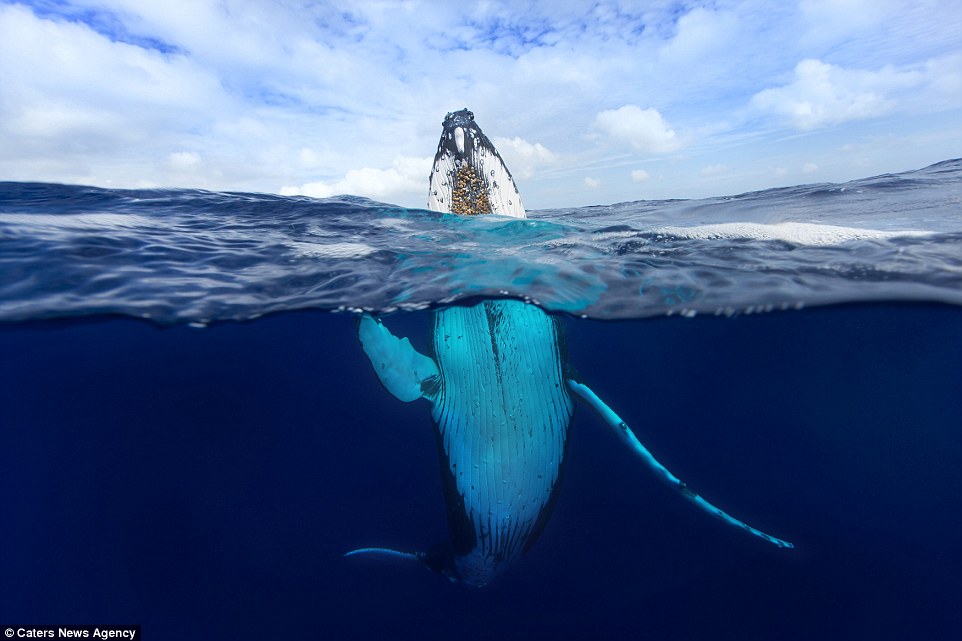 Yet this whale showed that it isn’t just the smaller creatures having fun under the water, as this breathtaking photo appears to have captured the moment the giant mammal waves at the photographer. With its head just poking out from below the surface, you can see its long, flowing body as it puts on a show for the camera 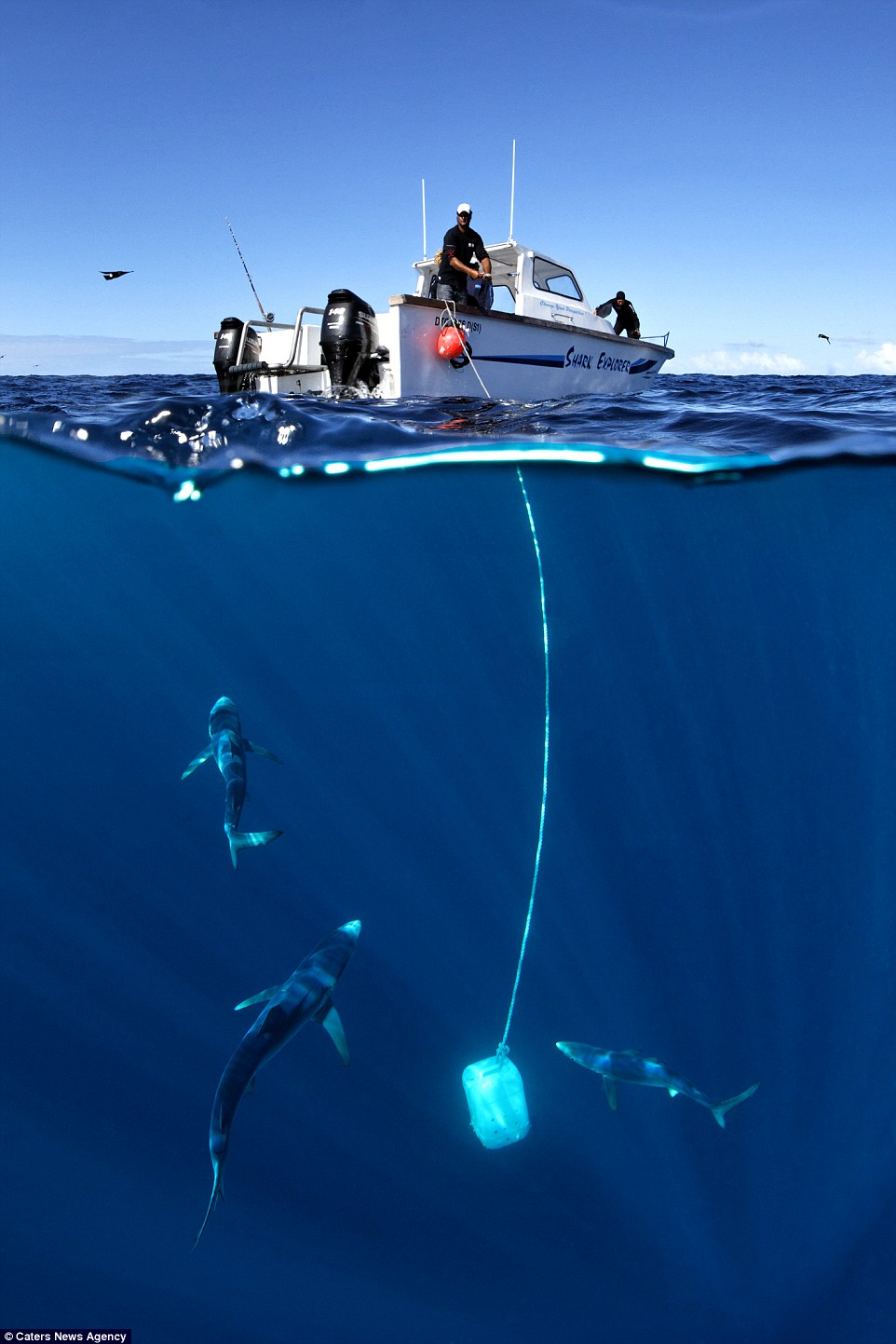 This captivating image shows calm fishermen above the surface as they use chum to fish in the water. However, they don’t realise that, below the surface, blue sharks swarm towards the vessel, attracted to a bait box they are using at, Cape Point, Cape Town, False Bay, South Africa 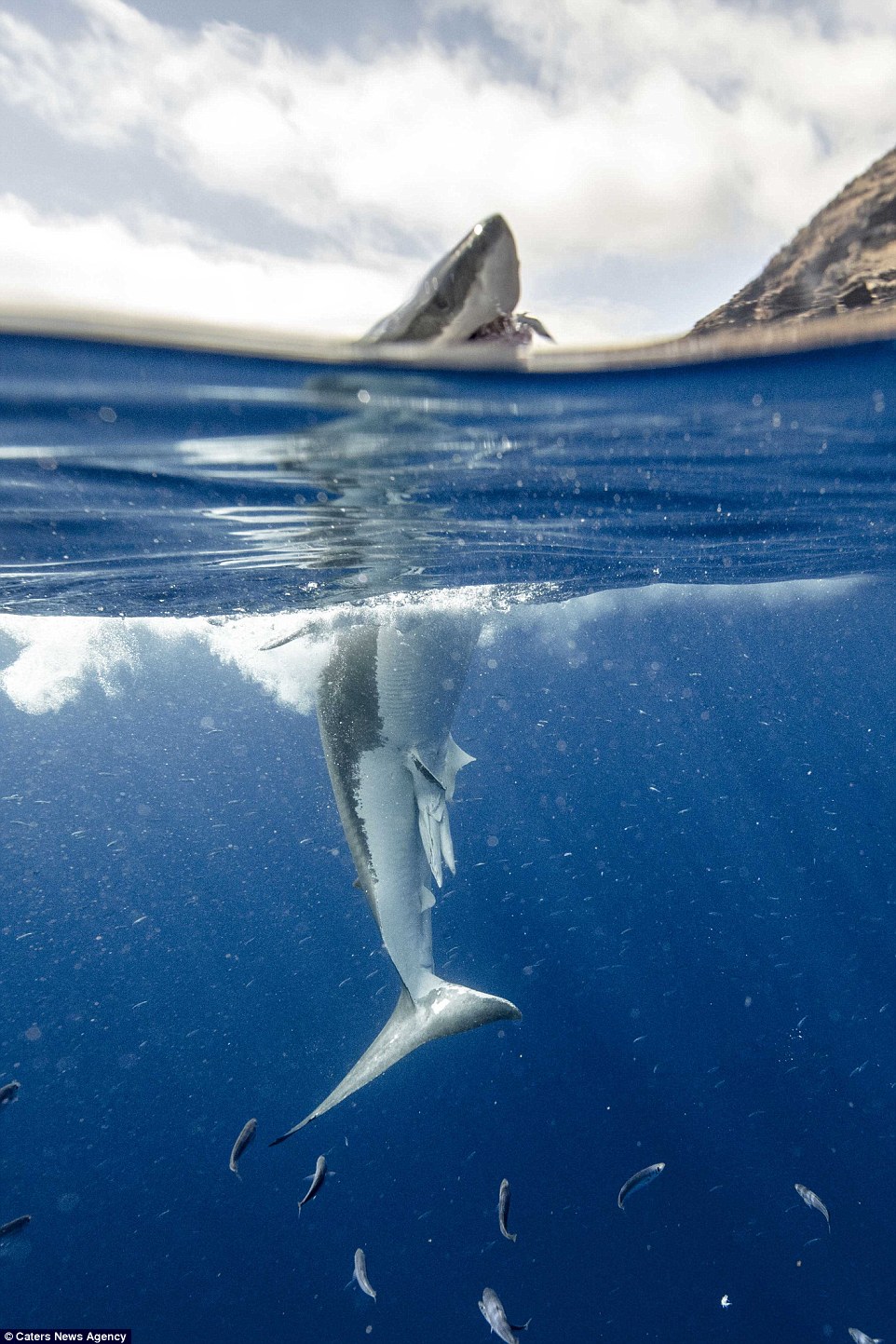 And this photo shows the sleek, majestic Great white shark in all its glory. One of the seas’ most dangerous creatures, it is nonetheless captivating and the photo, captured near Guadalupe Island, Mexico,  shows the shark bursting out from under the water with what appears to be bits of fish falling out of its mouth 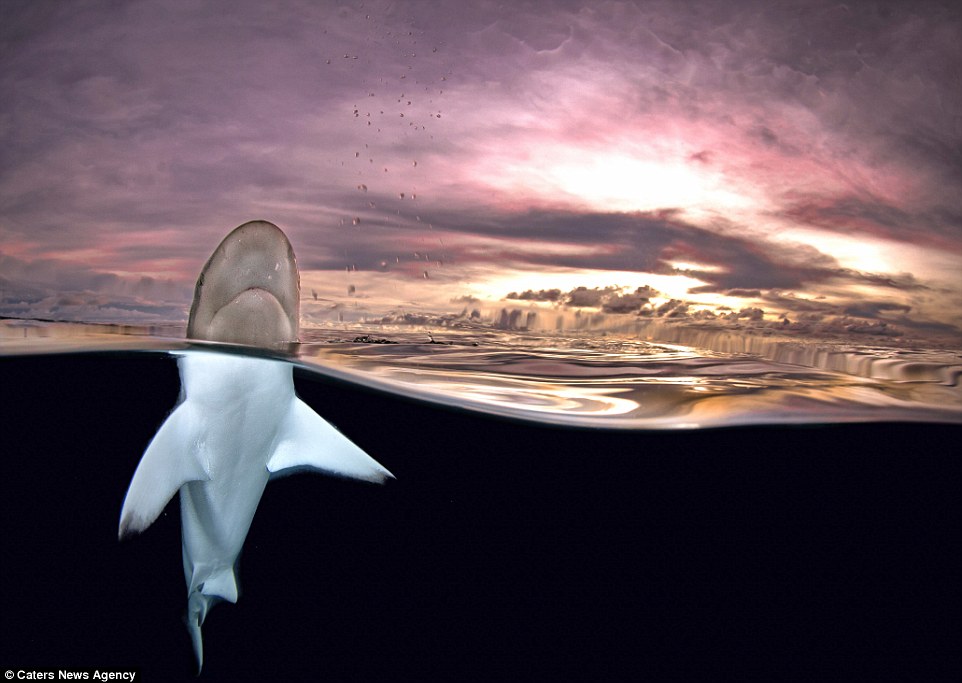 This stunning photo looks like a work of art, with the surface of the sunset-illuminated sea in stark contract to the murky black depth below, the pictured blacktip reefshark is seen moments after its head bursts out of the sea, with splatters of water creating a wonderful added effect