A Mexican father who sought refuge from deportation in a North Carolina church for more than 11 months was deported from the US on Thursday, an Immigration and Customs Enforcement spokesman has confirmed.

Samuel Oliver-Bruno was sent to his native country at 8.45pm, a week after he was detained by plainclothes officers during a trip have his fingerprints taken for what he believed was an appointment to apply for permanent residence.

His family and those who supported his wish to stay in the country learned he was be moved from Stewart Detention Center in Lumpkin, Georgia and would remain in the custody of ICE. However they were not told where.

He was initially held locally at Wake County Detention Center.

Last week, members of Congress for the Durham county were told by authorities that the 47-year-old would be allowed to stay in the US while his case was adjudicated.

Oliver-Bruno’s wife Julia Perez-Pacheco told ABC 11 on Thursday that her husband was anxious about his fate.

Speaking in Spanish, she cried: ‘I heard him very sad, desperate that they were going to move him and he didn’t know where.’

Oliver-Bruno moved to the US in 1994 and after a stint away he returned in 2014 to look after his spouse – who has a work permit – because she was having open heart surgery.

However he got into trouble at the border when he admitted he had paid $1,000 for a fake birth certificate in another person’s name, in order to obtain entry to the US from Mexico. 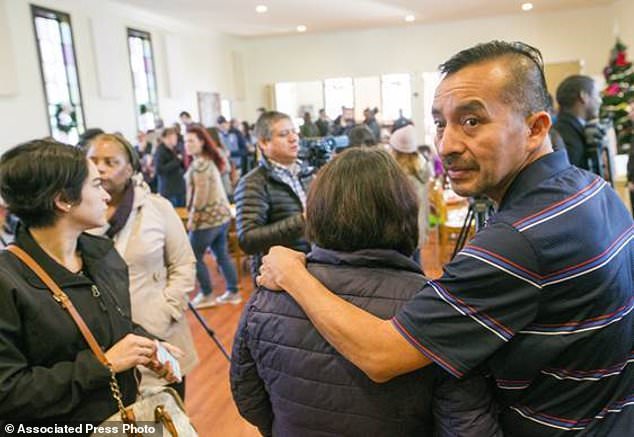 Samuel Oliver-Bruno appeared after a press conference held at CityWell United Methodist Church in Durham, North Carolina December 13, 2017 when he went into hiding

Samuel Oliver-Bruno’s wife, Julia Perez-Pacheco, says she talked to her husband while he was at the detention center in Georgia. “I heard him very sad, desperate that they were going to move him and he didn’t know where,” she said. Oliver-Bruno was detained by ICE. #ABC11 pic.twitter.com/Zey7EJKKrz

Before his arrest, ICE said Oliver-Bruno had exhausted all appeals to remain in the country and in December 2017 he moved into Citywell United Methodist Church while he worked with community organizations on a plan to legally stay.

So some believe he was duped into attending the scheduled appointment last week at a Raleigh-area immigration office, prompting dozens of supporters to block a law enforcement van with Oliver-Bruno inside.

Of those people, 27 wound up under arrest themselves that day because they ignore law enforcement’s orders to move after two hours. 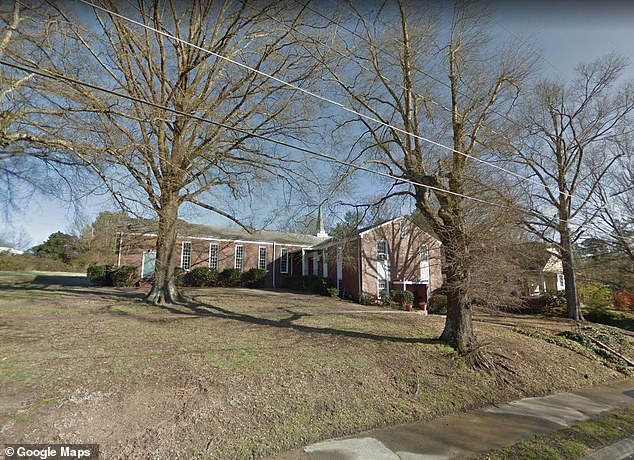 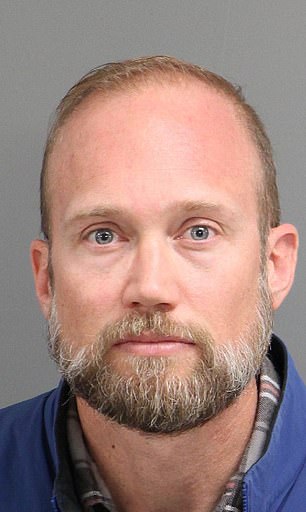 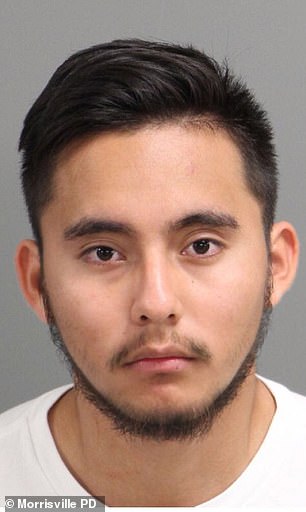 One of the people taken into custody was the church’s own Pastor Cleve May and another was his 19-year-old son, Daniel Oliver-Perez, who is a US citizen.

Among those praying around the van, some were seen involved in physical altercations. Oliver-Perez faced charges of assaulting a government official.

After his release, May was one of many who gathered at the US Citizenship and Immigration Services office to pray about the matter.

‘Many among family and friends are traumatized by the violence employed by ICE in this detainment and deportation operation,’ he said in a statement. ‘Samuel’s supporters are deeply unsettled by the collusion between USCIS and ICE to utilize a supposedly legitimate immigration process as bait for entrapment and ambush.’

‘I’m not giving up hope,’ Caballero said. ‘We have had other immigrants in the past here in Durham – Wilden Acosta-was a big case a few years ago – and we got him back and so I’m hopeful that we will get Samuel back.’

ICE previously said Oliver-Bruno was arrested as part of a ‘targeted enforcement action’.

‘Mr Oliver-Bruno is a convicted criminal who has received all appropriate legal process under federal law, has no outstanding appeals, and has no legal basis to remain in the US,’ Cox, ICE director of communications for the southern region, told ABC News. 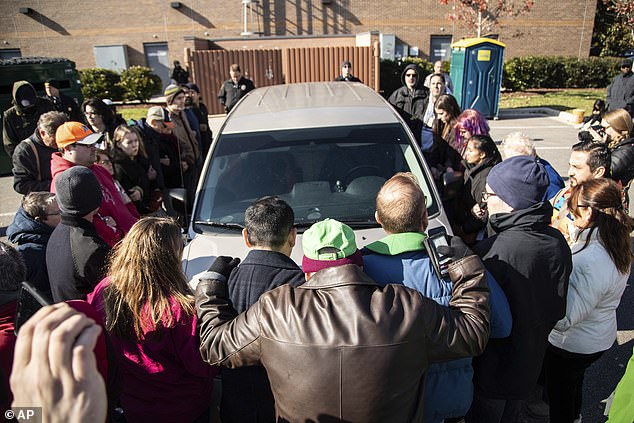 Demonstrators surrounded a government vehicle after Oliver-Bruno, an undocumented Mexican national, was arrested after arriving at the appointment with immigration officials 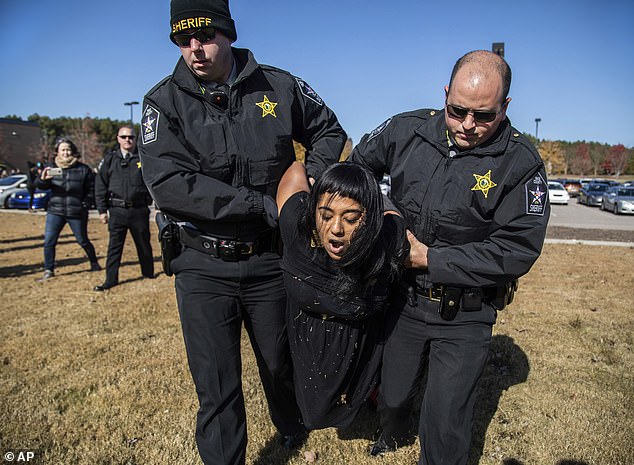 Immigration officers took people into custody after they protested sending Oliver-Bruno back to Veracruz, Mexico where his family had recently received threats to their safety

According to an advocacy group, his family had recently received threats from Veracruz where drug cartels are active.

The group, Alerta Migratoria, previously said Oliver-Bruno was aware he had to ‘risk getting detained’.

He posted a video Wednesday via their Facebook page asking for the community’s support as he prepared for his 8.45am appointment Friday.

‘If deported, Samuel fears for his life,’ Alerta Migratoria said in a statement. ‘If deported, Samuel will be returned to the state of Veracruz, where his family has recently faced threats and which is a state that is constantly in threat of drug cartels.

‘If deported, ICE will be delivering Samuel to danger and death. Furthermore, ICE is not allowing us to give Samuel his diabetic pills or insulin medication, which is further putting his life in danger.’

Congressman G.K. Butterfield and David Price said in a statement: ‘Samuel’s sudden and inappropriate arrest in the middle of the Thanksgiving season reflects the callous and cruel approach we’ve come to expect from the Trump administration.’