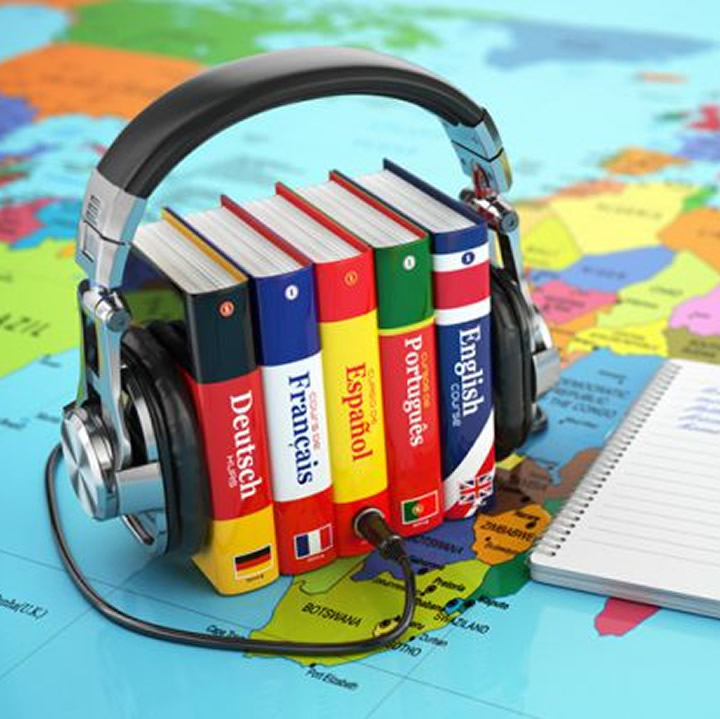 When learning a new skill, it is extremely important to motivate yourself. Only by learning a foreign language, we begin to appreciate our native language. Speaking on it since childhood, we don’t think about how it was built, we often don’t notice its beauty until we start learning a new language.

Research by Canadian scholars has found that learning a second language can significantly improve grammar, vocabulary, and speaking skills in the native language. This is akin to the situation where you, for example, played basketball all your life and then learned to play volleyball and use new skills to play basketball even better.

American scientists conducted a study in which they observed people who spoke multiple languages ​​as they performed word comprehension tasks. The results showed that such people are better at filtering out similar words than those who speak only one language. This ability helps you block out various distractions and focus on one task.

There is no escape from aging. However, learning a new language can prevent or delay the development of brain diseases such as Alzheimer’s or dementia by 4-5 years. Even medicines do not give such an effect. Communication in several languages ​​increases the number of neural pathways in the brain, because of this, information is processed through more channels.

In a 2007 study by the American Council for Foreign Language Teaching, it was found that children who learn a foreign language performed better in math than those with more hours of mathematics on their schedule but no foreign language at all.

No wonder, because learning the basics of another language involves logical thinking. Various mnemonics that are used to learn new words are also needed in mathematics to memorize complex formulas.

When we learn a foreign language, our ability to remember new information also improves. This shortens the training period. Also, those who know multiple languages ​​are better at multitasking.

Communication with other people, perhaps, is the essence of learning a foreign language. And to improve your speaking skills, it is best to study with a native speaker or with those who already know it and also want to practice. It’s just like riding a bike, to learn how to ride it, it’s not enough just to watch a lot of videos, you need to sit down and start pedaling.

In addition, learning a language is about immersion in a new culture, an opportunity to look at the world from a completely different angle and learn to empathize.

The advantages of studying the Spanish language

If you have not yet decided which foreign language to choose, then think about the advantages of Spanish, which is one of the most popular languages ​​of the Romance group, slightly inferior to English and French, and significantly ahead of Chinese in popularity.

The primary reason is the widespread popularity of Spanish among the world’s population. More than 400 million people speak Spanish as their mother language. It is spoken in many countries of the world, and Americans most often choose to study Spanish as a popular foreign language.

Most American businesses prioritize knowledge of the Spanish language. In addition to the fact that Spanish is the official language of Spain and almost 20 countries in South America. It is also widely popular in the Philippines and in a number of African countries and is also very widespread in the United States, where, along with English, it is recognized as the official language.

To all the facts of the wide popularity of the Spanish language, it is also worth adding that it is one of the 6 main official languages ​​of the UN, EU, and African Union. It is a fairly widespread international language that is used in business. In business, Spanish is second only to English.

The opportunity to get a high-quality and at the same time quite inexpensive European education in Spanish universities is also a pretty good reason for learning this language.

You can easily understand both the inhabitants of Spain and Latin Americans, thus, even in Europe, even in America, you can find a common language with the locals and, while traveling in Spain and the countries of South America, it is better to study the specifics of these countries, their life, and traditions. residents.

Passionate Latin American dances – salsa and rumba, fiery Spanish flamenco, hot bullfighting, football clubs Real and Barcelona, ​​immortal paintings by Salvador Dali and Picasso, fascinating music by Montserrat Caballe, literary masterpieces of Marquez – all this will be available to you in original sounding if you know Spanish.

To the above reasons for the popularity of learning Spanish, it is also worth adding that the ease of learning this foreign language makes it especially attractive. A beautiful, light, melodic language that you can easily learn and use in a very wide range of circles – from communication while traveling to business negotiations.

They also provide online courses that you can take wherever you are. A high-quality learning experience with personalized attention for each student together with a fun socio-cultural program will ensure a memorable experience.